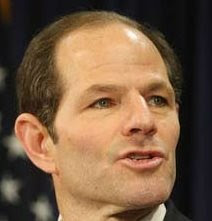 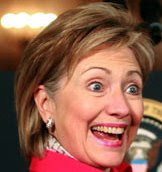 
(Jan.30, Foggy Bottom, DC) After a frenzy of behind the scenes negotiating tonight, Secretary of State Hillary Clinton, named two embattled, disgraced and despised figures to her team of Ambassadors and Special Envoys. Reportedly Hillary has been bitching since last week when President Obama appointed retired Senator George Michael and Bill Clinton era galoot, Richard Holbrooke as Special Envoys to Israel and Pakistan respectively. Hillary staffers speaking anonymously for fear of their lives have leaked some of the nasty details regarding Hillary’s reactions to Michael and Holbrooke.

“She really went berserk. I have known her a long time and have seen her throw some artery popping tantrums before but, last week...well...I thought she was going to have a stroke”, said one insider. Apparently, not only was Mrs. Clinton upset by President Obama’s choices, but she was enraged that they would be working out of the White House reporting directly to the President.

Some efforts were made on behalf of the White House to pacify Hillary, however, nothing seemed to work. White House Chief of Staff Rahm Emmanuel spoke to reporters after learning that Spitzer and Blagojevich were now working for Hillary. “I went to see her last week. She was quite angry, actually hostile, violent. She threw a vase, a dildo and a pot of coffee at me. She was so worked up her pantsuit had split open, she was foaming at the mouth and eating a gallon of Hagan-Daaz at the same time”, said Emmanuel. The shifty eyed Emmanuel continued, “After she calmed down enough to stop throwing things, we had a very productive meeting. I allowed her to voice her concerns, explain her frustrations and then I told her, ‘That’s too fucking bad Hillary!’ ‘You will do as the President says and as I say or your will find your fat ass out on the curb. Now shut the fuck up and go change your pants. I’m about to barf’.”

A Clinton spokesperson, Frigidity Wallace, spoke to reporters soon after the two bizarre appointments became public. Wallace said, “Hillary wants to surround herself with people that will help her. She intends to be very proactive here at State and insists on choosing her own people for some of the more sensitive positions. Elliot and Rod have vast experience in areas, particularly sexual, that Hillary has virtually no experience in.”

Spitzer was the Democratic Governor of New York until last fall when he was forced to resign amid allegations of whore mongering. Rod Blagojevich was impeached and removed from his office as the Governor of Illinois just days ago. he still faces serious federal indictments related to allegations of corruption, extortion, influence peddling, misuse of office, wife beating, vandalism, public indecency, speaking on a tapped phone while intoxicated and is also suing his hair stylist. Both of these disgraced louses will now be official emissaries for the United States.

According to Wallace, Spitzer will be the Special Envoy to settle disputes between Israeli prostitutes and Jewish johns. “Elliot might actually be working with Palestinian whores in the Gaza Strip. You know, after the Israeli Defense Forces recently bombed the shit out of Gaza killing over 1300 innocents, the Palestinian prostitution trade has been left in a shambles. Hillary certainly thinks Spitzer is the man to change all that and promote peace as well”, added Wallace.

Gus Hreserka, a long time aide to Blago, told reporters tonight that, “Hillary has asked Rod to serve. He immediately accepted. He had a long talk with the Secretary of State and emerged from behind closed doors weeping with gratitude, with the hiccups, humbled by Hillary’s generosity. He told me that he will function as sort of an Ambassador-at-large and will be traveling to various hot spots around the world doing whatever he thinks he can. From now on American diplomacy will have a distinct Chicago flavor to it. He also hinted that next week he will be appearing on ABC, CBS, NBC, CNN, MTV, MSNBC, HSN, The Fishing Channel, C-SPAN and Nickelodeon to talk about whatever the hell he wants to. He seems happy now.”