ANOTHER PAINFUL MARK IN TIME 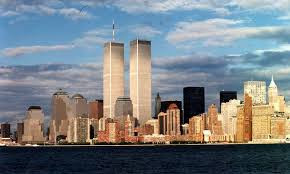 
remain in many of our minds


(Sunday September 6, 2015 LWS, NYC) The slow, steady anguished crawl towards that date has begun in earnest.  While those among us who were present at the scene of the crime on that fateful Tuesday morning or worked on “The Pile” for the months following, that day is never (if ever) too far removed from our conscious mind.  We each live with what he saw and felt, what we tasted and smelled, what we thought and feared as events unfolded that morning now 14 years in the past.  Since that day as we have lived with our recollections and grieve, anger, frustration and the ill-defined sense of loss, we have also said good bye to so many others who fought the good fight against the insidious internal malignant enemies from what was inhaled that day and the days there after.  Yes, that day keeps claiming lives creating families broken by loss.  September 11, 2001 is till killing and our community is all too familiar with this stark truth.


For some of us that day has become the “desktop” in our minds; the ever present neural image that separates our lives from "before" and "after", "then" and "now".  Much of what constituted our personal “before” was lost on that day and has never been fully recovered.  The “after” while only 14 years of collective living, thinking, dreaming, remembering, and all the other mental processes that define us as human, seems to stretch back to antiquity; the past 14 years occupy a disproportional amount of space in our cerebral attic, our day to day musings, and certainly, for many of us, our most dreaded dreams.  It is as if our minds have yet to fully process that which occurred, the overwhelming flood of stimuli that threatened to momentarily paralyze some while automatically motivating others to rely on instinct.  Some call that instinct “duty” or sense of purpose and those are, no doubt, component elements of some of the actions taken that day and during the pitifully short period of rescue and the brutally agonizing period of recovery.


We have learned much since September 11, 2001 about ourselves and others, about the fickle nature of circumstance and happenstance and, as some would say the very cruel machinations of fate.  Yes, we each have learned and learned in our own way how to live and carry on with the losses, how to cope with the mental maelstrom ranging from self-doubt to self-medication.  We see the faces of the victims, of those closest to us we lost that day in the youthful continences of their children; some too young on that day to have any true remembrance of a parent who was taken as those massive structures were lost in billowing clouds of constituent elements and lost souls that effectively occluded the sun.  For in those angry clouds of dust and debris were the flights of souls lost, suddenly called home by their Maker for reasons known only to Him.


Among us are those who lost faith that day and those who found it.  There are those whose entire existence was shattered and those who found the mending grit to carry on damaged but not destroyed.  And there are also those who now live in a limbo-like fugue between those competing states of Grace; because Grace is not the absence or presence of equilibrium but rather a ready perch upon which to catch one’s emotional breath, to be given the room required to find the next step.  Some of us have taken broad strides while others have maneuvered more tenuously in smaller steps because there are as many approaches as there are individuals; we each have our own pace.


The reverberations and ramifications from that day are tangible to this day.  The world was dramatically altered on September 11, 2001 and many lives traumatically derailed as well.  Two wars have been fought neither one to any semblance of a true conclusion: MOS of FDNY, NYPD, PAPD, the Operating Engineers, all the other Trade Unions and the legions of volunteers of every response agency as well as those simply compelled to help whose personnel labored in that monumental effort continue to suffer and die and with the passage of each year we continue to learn, to keep on keeping on.


On social media sites such as Facebook there are those in our community as well as outside it who feel the need to post images that some among us find deeply troubling, upsetting or simply inappropriate.  No matter our private thoughts on such forms of expression perhaps we should all respect that everyone deals with the upcoming anniversary in their own way.  Personally, images of the Towers in their fiery death throws are unnecessary and yes, a bit discomforting yet, the rights of those who choose to honor their lost and loved ones in that way certainly have the right to do so without guilt or misgivings.


Perhaps many of us choose to remember our Twin Towers and all they have come to represent in our conscious and unconscious minds, in our thoughts and recollections, in that ugly gash between our personal “before” and “after” as the mighty valiant structures they were and of the unparalleled valor of all of those who perished within them as well as those taken from us to this very day.

Posted by Brooding Cynyc at 7:27 AM No comments: