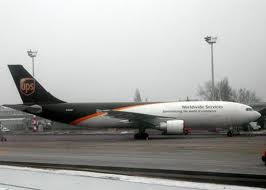 (Nov. 1, 2010 – New York, NY) While the FBI continues to analyze components of the explosive devices found on two cargo planes in Britain and Dubai last Thursday night, some answers have already been pieced together. Members of the international intelligence and counter terrorism community have already admitted that the two devices bear “most of the hallmarks” of being constructed by a member of al-Qaeda in the Arabian Peninsula (AQAP), Ibrahim Hassan Al Asiri , a known AQAP bomb maker. Al Asiri is thought to have constructed a bomb he later sewed into the underwear worn by his 23 year old brother, Abdullah, who later died in a failed attempt to murder a Saudi Prince, Muhammad Abdul Aziz Al-Saud , who runs a program in his Country intended to “re-educate” repentant jihadis. The Prince survived with minor injuries while Abdullah was blown to pieces.

The “sophisticated” explosive devices were concealed in the commonplace toner cartridges within computer printers. The devices contained 300 and 400 grams of the plastic explosive PETN, a compound favored by terrorists and detected in other home made bombs and long known to be utilized by al-Qaeda and its affiliate brigades. Authorities in Britain, Germany and at the international police agency Interpol have expressed the belief that each of these devices was capable of “taking a plane” out of the sky and may have been intended to be detonated “during flight.” Authorities in America, both in the FBI and CIA have been reluctant to classify the devices in such a way. One CIA analyst, speaking confidentially noted, “these devices could have been sent as part of a 'dry run' or simply to see if they would be detected and what the response would be. If that is the case, they have probably been able to make certain assumptions about the security of commercial cargo aircraft.”

Perhaps most disturbing to experts around the world is the fact that these two devices managed to be transported undetected on four separate flights. After a timely tip from the Saudi Intelligence agency, the devices were located on planes at airports in Britain and Dubai. Apparently the construction, composition and concealment of the explosives in computer printer toner cartridges was sufficient to thwart existing security screening measures at airports from Yemen to Germany and Great Britain. According to address labels on the packages they were intended for a Chicago area synagogue. Currently security procedures regarding airfreight and air cargo planes is under review world wide. Air transport security officials and experts in America acknowledge that 'huge gaps” still persist to be in evidence in this area almost 10 years after the terrorist attacks of September 11, 2001. Dr. Raymond Onelli, a specialist in airport and air freight security currently at BronxWest Consulting, a security, analytics, and counter - terrorism consultancy commented, “I'm often stunned by how quickly people, people in our own government have seemingly forgotten the horror of September 11th. All the promises of funding, training and increased security measures have been lost. Our priorities after the initial shock of September 11th have reverted to the 'old order', 'business as usual' mindset. It saddens me to think that we can be hit again and that our government will once again be culpable.” Many terrorism experts in America and around the world have echoed Dr. Onelli's sentiments. Sir Benteley Pith Whitehouse, a former British Intelligence operative said, “we appear to have dodged a major bullet this time. What this incident means as far as the operative effectiveness of AQAP is unclear. However, it most certainly does tend to remind us that their intent has never waned.”

The North African nation of Yemen, a country that shares a porous border with Saudi Arabia has been of increasing interest to intelligence agencies in the United States and abroad in recent years. Many of Saudi Arabia's most feared and sought after terrorists have fled to Yemen in recent years. The growing presence of AQAP in Yemen has received even greater scrutiny after a failed plot to bomb a Detroit bound airplane during the 2009 Christmas travel season and several assassination attempts of British and United Nations personnel in Yemen. One British intelligence officer, speaking not for attribution for his own operational safety commented, “Some of the wealthier and better educated disaffected Saudis have made their way to Yemen. I fear that Yemen will be the launching point for the next series of terrorist actions worldwide. Yes, I said 'actions', for I do believe it to be just a matter of time until they are successful in either bringing down a plane in flight or initiating a mass fatality incident in an urban center in Europe of America. They need not pull off another attack on the scale and scope of 9 11. No, they can be highly effective on a much smaller scale as we have all witnessed the cold efficiency of IAD's (Improvised Explosive Devises) in Iraq, Afghanistan and elsewhere.”

As the investigation continues in many countries, American intelligence officials have been more guarded in making conclusions about the devices and their purpose. As Bruce Crumley of TIME Magazine writes in today's edition from his post in Paris, “John O. Brennan, President Obama's top anti-terrorism adviser, suggested on CNN that the bombs' construction didn't require someone aboard to "physically detonate them" — raising the likelihood that they were meant to blow up mid-flight, as British Prime Minister David Cameron suggested.”

Copyright TBC 2010 © All Rights Reserved
Posted by Brooding Cynyc at 1:01 PM No comments: