LET’S NOT RUSH THE CANONIZATION 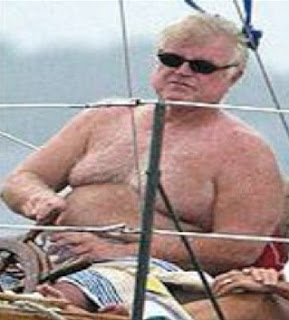 (August 29, Boston, Mass) Listening to the eulogies, remembrances and tributes for the recently deceased Massachusetts Senator, Teddy Kennedy, it is easy to believe that he ranks up in the political pantheon of our Nation with the Founding Fathers and the men whose images are carved in Mount Rushmore’s granite edifice. Naturally, the death of a famous, long serving politician provides the cable newsertainment networks ample material for “specials”, round the clock coverage of the memorials, the funeral and the opportunities for all manner of talking heads invited to offer comments and anecdotes. Even those who were no great allies to the man in life have difficulty not putting aside their personal differences. It can be awkward if not dangerous to speak harshly about the deceased. In this case, Ted Kennedy was given an impressive send off; a ceremony fit for a king or, in our cultural mythology, the last member of a “political dynasty.”

While the Senator’s legislative record was impressive and many of his most hard fought battles were involving causes related to the handicapped, children and the disabled, his 47 year senate career was not without liberal occurrences of tragedy, scandal and disgrace. Some argue that his legislative record more than compensates for any wrong doings or misdeeds he may or may not have committed. This is a flimsy argument for several reasons not the least of which, is the fact that he died with blood on his hands figuratively. In 1969 he left a young woman trapped in a car submerged underwater after he drove off the narrow wooden bridge at Chappaquidick. He did not report the accident for 10 hours; his failure to seek help immediately to rescue Mary Jo Kopechne no doubt assured her painful death as she drowned in Ted’s Oldsmobile. This should have been the end of his political career and, if such an event were to occur today involving a sitting US Senator, it no doubt would be career ending and prosecutable. The voters of Massachusetts obviously have had different ethics and morals for the last four decades than voters in some other locations may have.

But, the bottom line was, he was a Kennedy. That was sufficient to immune him from paying a price at the polls or in life generally. If the storied Kennedy Clan excelled at anything it was in the nefarious ways of corruption and wielding their vast fortune to purchase that which they sought or sought to protect.

The original Kennedy fortune was amassed by Ted’s father, Joseph, through his enterprises legal and illegal. Always envious of the blue blooded, monied, Brahman families of wealthy, early twentieth century Boston, the family patriarch knew how to make money. That some of his most lucrative revenue streams were outside the law was a non issue; he acquired great wealth and was determined to purchase influence if not acceptance with it. he succeeded in the former but failed in the latter; as rich as he became he was never fully embraced by those he so desperately envied. So, he struck out on his own prepared to achieve immortal stature via his boys. his sons would achieve the greatness and respect he never could obtain.

The stories of his four sons are well known and over the years have become the fibers of a great American political myth. The actual political achievements of JFK and RFK are dubious at best. They gained their brand of immortality not for their lives but for their deaths; they died by assassins bullets and became American political martyrs, Democratic icons forever frozen in time.

It can be argued that the entire six decade saga of the Kennedy’s in American politics was a long, protracted, perpetual asking of the question - do the means justify the ends? Yes, the Kennedy’s were altruistic in spite of their privileged upbringings. Indeed, JKF spurred on by RFK, helped set the stage for the Civil Rights Act signed by Lyndon Johnson in 1964. RFK’s brief run for President was motivated, in part, by his concern for the impoverished among us. Much of Ted’s legacy are the bills he authored, sponsored and / or championed across a broad spectrum of liberal issues regarding poverty, education, women’s rights and the disabled. There is no doubt he, and his brothers, did act in the spirit of the greater good. However, how they obtained their power was always an underlying issue.

From JFK’s first run for Congress in 1952 and all his subsequent campaigns, his father’s fingerprints and money were indelibly stamped. Joe Kennedy actual bought the West Virginia Primary for Jack in 1960 with cold, hard cash paid out to miners and other voters. It was that primary that vaulted Jack into the Democratic nomination and ultimately, the Presidency. Joe insisted that Jack appoint Bobby as his Attorney General, a move that later prompted legislation banning nepotism at that level of government.

The Kennedy’s ushered in the era of big money and campaigns that exists to this day. jack was also the first candidate for the presidency to be able to take advantage of television; his youthful good looks were a stark contrast to the sinister looking, sweaty Richard Nixon during their first televised debate. After Jack’s death in Dallas his wife, Jacqueline launched a sustained campaign of her own to forever cement the image of her husband’s 1000 day Presidency as “Camelot.” Even after the darker truths of JFK and RFK’s sexual indiscretions and secret lives, the public still regarded their memories fondly. Ted was the beneficiary for all the good will the country was able to muster after the stunning assassinations of his brothers.

Teddy’s ups and downs, scandals and rampant drunken escapades were well known as they transpired yet he never suffered an election defeat. rarely did he even face any real opposition. His seat was as secure as could be and he knew it. Another generation of Kennedy’s joined him in Washington and they too, brought along more scandal and criminality. Nothing ever stuck, their money bought them exoneration's, acquittals and the confidence they could do as they please despite who got hurt along the way. That is as much their collective, and Ted’s individual legacy. as all the “good” they performed in their public offices.

Copyright TBC 2009 © All Rights Reserved
Posted by Brooding Cynyc at 6:00 PM No comments: