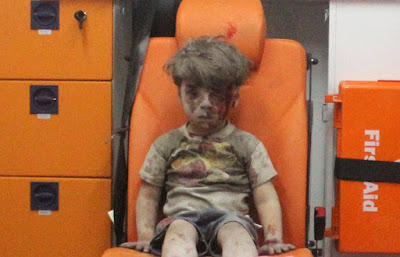 …AND THEN WE SEE HIM

(Saturday August 20, 2016 Central Park, NYC) Before the syndrome was officially named after much clinical study of the afflicted what we know today as Post Traumatic Stress Disorder (PTSD) there were less refined diagnosis of Shell Shock, Combat Stress, Battle Fatigue and the wholly descriptive “Thousand Yard Stare” that many combat veterans wore long after the fighting was over.  After WWI and WWII there was shame assigned to returning veterans who somehow seemed different; they had returned from the horrors they witnessed and participated in sometimes as empty husks of the men they had been before going to war.  In the decades since, much has been learned about PTSD, its etiology, symptomology, testing, and diagnosis (often a laborious process) and methodology regarding standards of care, support and treatment.

As the fields of neurology, neuropsychiatry, sophisticated brain imaging, psychology and pharmacology have continued to establish more truths and a body of working knowledge about all aspects of PTSD, it is heartening to see that this latest generation of combat veterans we have produced over the last 15 years are getting diagnosed and treated without stigma.

It is more than academic to note that men who have been prepared for the execution of the wars we send them off to, men and women who have received the highest quality training, equipment, and support can still succumb to the ravages of battles past that rattle around in their brains long after they have returned home.  If such highly trained and readied Soldiers, Airmen, and Marines and Special Forces operatives are susceptible to PTSD, what must battle do to a young child’s brain?  Because, in the on-going wars as in wars past, children in the combat zone suffer the most.  That point was forcefully brought into sharp focus as the photograph of a 5-year-old boy in Syria spread across the world.  Yes, a picture is worth a thousand words and this particular one speaks volumes; volumes of the chaos and death, destruction of homes and families, of lives and minds that is a unique side effect of life in a war zone.

Central Park in Manhattan is a 400-acre oasis of greenery, foliage, playgrounds and meadows, bike and walking paths, family picnics and impromptu soccer games, stickball and pick-up baseball games and is in a very real way just another neighborhood park albeit larger and better known than most others.  On a recent warm afternoon kids could be seen playing on the various swing sets as hyper alert moms sat on the periphery carefully monitoring their children’s activities.  Flocks of young girls riding brightly colored two wheelers while donning equally colorful crash helmets just in case they take a tumble.  On an open field with a gentle rise young girls in soccer uniforms were doing practice drills wearing protective shin guards also, just in case.

From the moment children are born today they are handled, packaged, transported, tended to as extreme fragile goods.  As toddlers they are strapped into to “baby seats” that offer more protection than the tiny space capsule John Glenn rode as he orbited the earth.  Any sniffle, sneeze, wheeze and whimper could signify the onset of some disease and must be addressed by the family pediatrician.  You get the point.  We do know the fragility of our children; their developing minds and bodies require a certain amount of attention.  Fortunately, at least to the naked eye, all the park attendees the other day appeared to have at least some level of financial means to provide all the protective equipment.

And then we saw that picture, as iconic a war photo as has ever been published.  We see a small boy, 5-year-old wounded Syrian child Omran Daqneesh, blood and dust stained sitting in the back of an ambulance after being plucked from the mangled rumble that had once been his home.  Young Omran’s face tells a tale of age and ages.  His look is not stoic; clearly his young mind may have shut down in a reflex of self-preserving neural activity. Having lived through lord knows how many bombing raids and occasions of death up close he now wears the “Thousand Yard Stare”.   Omran has never taken a breath of air in his five years on earth that was not somehow infused with the horrors of war.  What can the future hold for him and the millions of other young children who’ve spent the entirety of their lives thus far living amid the death and destruction of war?  The true casualties of war – any war – are the children in harm’s way.  But this is nothing new; we just seem at times to forget to imagine what their perception of their world is.

As is the case with all areas of human endeavors war and warfare have evolved.  Early humans fought other families and small groups over territory with sticks and stones.  With each step up the epochal ladder man become ever more effective in developing weapons by which to wage war.  The reasons for war evolved as well and, in a global sense, since the early 20th century war had become a “conventional” apparatus by which to acquire or secure expanding territory, control natural resources, and, by WWII the means to advance political ideology.  The “Cold War” pitted Democratic Capitalism against Fascist Communism as represented by the United State and the Soviet Union respectively.  Many “proxy” wars were fought under that overarching rubric.  As the weaponry had advanced through all manner of new armaments, artillery and military/naval/aerial platforms that could more effectively deliver death and destruction farther removed from the fields of battle, we had learned to split the atom, to use plutonium and hydrogen as the ultimate means to literally destroy the world as we know it.  The USA versus the USSR was a stand-off codified by the notion of MAD - Mutually Assured Destruction.

Recently there has been a retrograde development in what had been an uninterrupted continuum of ever increasing military sophistication as well as the reasons behind the conflicts of today as well.  The wars now ablaze across vast swathes of regions around the globe are “asymmetrical” and once again as in the times of antiquity fought among tribes, religions, and age old ethnic antagonism.  With our blunt force superiority in all manners of executing our wars we have become farther and farther removed from the blood and rubble.  Death can be delivered by Tomahawk missiles from a thousand miles away or by unmanned drones silently stalking our enemies before eradicating them.  Among all this death and destruction are the innocents; the native populations paying the ultimate price for the actions of a certain tribe or religious sect, some brutal despot, hate filled cleric, or self-appointed crusader. One can take their pick. Omran Daqneesh is just one such victim suffering as one of the untold and unknown millions of others in places far and wide.  His photograph almost demands comment and should provoke reasonable thought among the warring parties but, as well all know far too well, it will not.  It will fade away as just another forgotten image of the strife running rampant in places some of us couldn’t even find on a map.

Some calls to arms are indeed moral; initiated from a sense of blatant provocation and injustice.  Our foray into Afghanistan in October 2001 was one such conflict infused with a distinct moral imperative.  We knew exactly why we sent our soldiers to fight.  The al Qeada attacks on our soil and their Taliban hosts brought the full weight and fury of the United States military unto themselves.  Our efforts were supported virtually uniformly by countries around the world.

Our “war of choice” against Iraq was no such similar situation and the aftermath of the fall of Sadaam Hussein proved that fact in spades.  We quickly found ourselves in a morally ambiguous scenario of our own creation but, that entire matter is a discussion for another time.  Presently our government must seriously consider our status and purpose in some of the military engagements we are in.  Are these all in our “national interest”?  If so, we should engage fully, decisively and in haste to end such a conflict to our satisfaction.  If not, we should as rapidly disengage and allow the warring parties to carry on without any further intervention by our government.  These decisions each have more than a thin veneer of morality; they call into question the very basic tenets and principals of our governmental and military intervention policies and practices.

THE FLIGHT OF THE INNOCENTS

Twenty years of uninterrupted war from the Balkans to Ukraine, Sudan, Somalia and Yemen, to Iraq, Syria, Afghanistan among the most horrific of these conflicts has created a humanitarian crisis that rivals that induced by WWII.  The literal floods of men, women, and children fleeing on foot with only the clothes on their backs does not get the amount of attention it should.  Be they referred to as “refugees”, “displaced persons”, “asylum seekers” or just migrants are merely a matter of terminology.  Millions of people have been uprooted from their homes and homelands as the ravages of wars consume all vestiges of civilized life.    This flood of humanity demands attention and the burden of aiding these people should be borne by neighboring countries.  What were constructed years ago as temporary refugee camps or relocation centers have become small nation/states unto themselves.  The wealthy Arab countries should take in Arab refugees just as Muslim countries should accept the hordes of the displaced Muslims.  Removing these masses of humanity from their home region essentially assures they will never again have the chance to return to their homeland and restart their lives.
All the United States can and should do is provide humanitarian resources.  This epic trek of humanity can only be made right some day in the future if these people can be repatriated to the places they had called home for centuries.

Posted by Brooding Cynyc at 6:51 AM No comments: