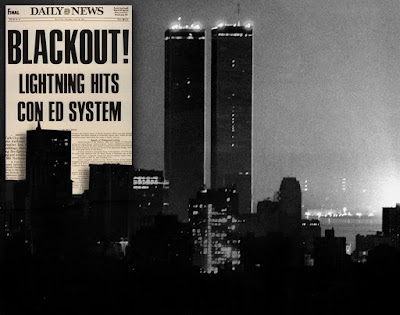 (Monday July 13, 2015 Simpson St., The South Bronx)  Once home to the 41st Precinct which was self-designated by the MOS who worked here as Fort Apache in the mid 1970’s, this stolid building is now the home of the Detective Bureau Bronx and is surrounded by gentrified housing that bears little resemblance to what this neighborhood was like during “The War Years” of the mid 1970’s through the late 1980’s.    The 41st precinct moved to their new, modern facility on Longwood Avenue in 1993 at the time The Bronx and all of New York City was just beginning to turn the corner on its dark, crime-ridden, violent past.

The infamous reputation The Bronx acquired in the 1970’s was in part due to a quote credited to Howard Cosell allegedly broadcast in October 1977 during a World Series game at Yankee Stadium. As an aerial shot of Yankee Stadium was aired from coast to coast, a building fire blazed in the foreground.  Cosell did not actually utter that famous phrase and its origins remain murky.  No matter who truly coined the phrase, it became an apt declaration for a Borough and City that was on the brink.    Crimes in all major categories as recorded by the NYPD and Department of Justice were the highest in the nation particularly violent crimes such as assault, rape, robbery and crimes against property especially the epidemic of arson; arson “for profit”.  The City was on the verge of fiscal insolvency and the real specter of declaring bankruptcy consumed then Mayor Abe Beam.  The Son of Sam was into his second summer of terror stalking “lover’s lanes”  shooting young men and women as they sat innocently in their parked cars ; his wave of random, serial murder that began in mid-1976 ended with the arrest of David Berkowitz on August 10, 1977.

One of the most powerfully illustrative events depicting the nadir of life in our City occurred 38 years ago this evening during rush hour when several lightning strikes tripped circuit breakers at Con Ed stations north of the City triggering a rapid progression of cascading technical failures that thrust the City into total darkness for 25 hours. July 13, 1977 was another in a long scorching string of extremely hot, humid, sweltering days that had tempers on short fuses and tensions high.  What transpired during those overnight hours was not fully realized until sunrise on July 14.  As that dawn broke over the preternaturally unlit City, the damage caused by widespread looting and arson told the tale of opportunistic criminality as well as more controversially, the release of years of frustration and perceived neglect in predominately Black enclaves from The South Bronx, through Harlem and out to Bed-Stuy in Brooklyn and various points in between.  The NYPD had essentially declared Marshall Law and over 4100 arrests were made in the overnight hours.

On July 13, 1977 hundreds of thousands of commuters where stuck down in the broiling, pitch black subway tunnels; other thousands hung from immobilized elevator cables trapped for reasons they had no way of knowing .  The sense of social order was tripped to the off position as effectively unleashing waves of violence and looting as the tripped Con Ed breakers cut the lifeblood of modernity – electricity – paralyzing NYC in one way and empowering some of the darker motivations of others.  The question “where were you when the lights went out”? asked in 1977 had an entirely different meaning than it did during the massive Blackout of 1965 when people were more civil, neighborhoods more closely knit, and social order was the norm of the day.

By the time of the Blackout of 1977 we lived in a vastly different City and, for that matter, a different country.  The 1970’s were in many respects the hang-over years after the tumultuous 1960’s that had left no corner of our society, culture, politics, and institutions untouched by upheaval.  After the failed programs of President Lyndon Johnson’s “Great Society” Agenda, cities across America were feeling the odd gnawing “growing pains” of “urban renewal” and many policies and practices that were in essence intentional or accidental endeavors of social engineering.  The advent of massive housing “projects”, concrete and brick edifices that housed the poor only served to isolate them from the surrounding neighborhoods as well as easy access to local stores and the economy of the area.  Integration in the form of busing was creating culture shock in cities in the Northeast as much as in the Deep South.  Public assistance initiatives had devolved to the role of abdicating the absence of a “breadwinner” in the family and encouraged the poor, predominately Black in those days, to have more children.    Yes, the United States of America was still reeling from the Sixties, licking our wounds from the debacle of Vietnam, race riots, political assassinations, “women’s lib”, draft dodgers and the traumatic societal cleavage that became known as “The Generation Gap.”

But that is all well known if not personally recalled history for those of us Baby Boomers of Bronx vintage circa 1955 - 1965.

The lights that went out on the sticky summer night in 1977 did really not come back on for almost 20 years.  There were more dark days ahead for the City and her people.  TIME magazine may have called her derisively “The Rotten Apple” but most New Yorker’s knew better. Somewhere in the back of most of our minds we knew what our City was, who we were, and that we were better collectively than as miserable, fed up individuals.  Certainly the stalwarts during the smoldering, violent War Years were the MOS of the NYPD and FDNY; the top agencies of their kind in all the land.  It would be block by block, building by building, vacant lot by garbage strewn reeking alleyways that we would reclaim our City.  Giuliani was the right man at the right time and was the one leader to finally pull the City away from that dark, gaping abyss of urban blight and decay.

The Bronx and the City as a whole began to turn the corner in 1994 with the election of Rudy Giuliani.  Love him or hate him he proved successful across a wide range of quality of life matters, was supportive of the NYPD, and was a straight shooter.  After the abysmal years of the David Dinkins administration Giuliani was just what the public needed.  A former Federal Prosecutor in the Southern District of New York which includes NYC, he was a relatively well known personality before his first run for office which was unsuccessful.  The continued decline of the City over the ensuing term of Dinkins made a believer out of the predominantly Democratic majority of registered voters in NYC.  He was actually swept into office on a tidal wave of support; most could not have cared less if he was a democrat, Republican or Martian.  All New Yorkers wanted was an effective Mayor to take control of the City and begin to cure all its epidemic of societal ailments.  And that he did.  His reign was not without controversy but as the City began its stunning transformation through the second half of the 1990’s, his tangible results muffled some of the controversial policies, practices and reforms he championed.  He virtually bent the will of the City by the force of his own.

Today New York City is the number one tourist destination among foreign travelers as well as the “Safest Big City” in America by any metrics employed to analyze crime statistics.  Even the once notorious neighborhoods of The South Bronx are rejuvenated, vibrant communities with robust local economies and a better quality of life than anyone ever thought possible in 1977.

Yes, the lights are back on in NYC and have been for some time now.

NYC DURING THE “WAR YEARS”