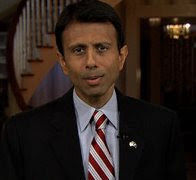 (Feb. 24, Baton Rouge, LA) Touted as a “rising star” and a “face of change” for the beleaguered Republican Party, Louisiana Governor Bobby Jindal failed abysmally in his nationally televised debut. Selected to give the GOP response to President Obama’s Address to Congress, Jindal’s performance was about as bad as could be.

Beginning with the stagecraft; whoever directed the Governor to semi-lurch, semi-slink around a corner into the unwavering eye of a television camera should be shot. The Governor began his address in a breathless manner more akin to a sophomoric talent show than a national audience. his opening remarks sounded more like a nascent stump speech, albeit an awful one, and contextually went steadily downhill from there.

Granted, it is an extraordinarily tall order oratorically to follow President Obama under any circumstances. Having to address the nation from some hallway in the Governor’s Mansion after Obama delivered a powerful, thoughtful and substantive address to the country from the Chamber of the House of Representative before a joint session, with the Supreme Court, his Cabinet, the Joint Chiefs of Staff also in attendance, was a daunting prospect for even the most poised and gifted orator. Jindal was, to put it kindly, way out of his league: he basically sucked.

Presenting himself as a “Washington Outsider” his performance here tonight virtually assured that he will forever keep that status. The criticism of his speech is already swift and harsh from all quarters with some of the most vicious remarks coming from members of his own Party. His speech is being roundly blasted not just for his terrible delivery but for its tone and contents. Bayou Bobby nervously spouted some of the most failed and flat Republican talking points and seemed to have no clue as to what he was saying. If his speech was in fact meant to be an actual “response” to President Obama’s, perhaps he should have listened to Obama before mouthing the irrelevant garbage that he did.

The 36 year old Ivy League schooled son of Indian immigrants has been seen by some in the GOP as a viable candidate for national office and a positive representative for the predominately white southern male Republicans. Much as Michael Steele the newly elected Chairman of the GOP, Jindal has allowed himself and his ethnicity to be crassly exploited by the GOP. Steele, the first African American to chair the GOP, was elected primarily for his race and to be a counter to President Obama as the GOP allegedly desires to “reach out” to African American voters. Thus far Steele has shown himself to be an imbecile of gargantuan proportions and should go a long way to keeping the Republicans in the political minority for some time to come. Jindal, if he continues in his role as a “face of change” should also be successful in showing the GOP to be truly bankrupt of ideas, solutions of the many problems facing the nation and their lack of political talent. Jindal made Sarah Palin look like Adlai Stevenson tonight .

Inexplicably Jindal cited the Federal government’s response to Hurricane Katrina several times in his speech and made other questionable statements none of which were complimentary to his Party. “Bobby is a good man, a very intelligent guy but boy, did he screw up tonight”, said Mississippi Governor Haley Barbour. “Bobby looked like a rotting craw fish splattered on the dock. He should have never have allowed himself to be so totally embarrassed. Hopefully, he will never be heard from outside Louisiana again”, commented Senate Minority Leader Mitch “Little Bitch” McConnell.

Copyright TBC 2009 © All Rights Reserved
Posted by Brooding Cynyc at 10:50 PM No comments: