WH0 WE VALUE SPEAKS OF WHO WE ARE 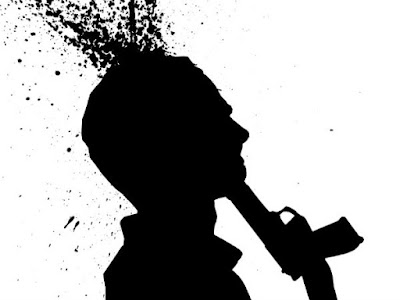 EVERY 65 MINUTES SOMEWHERE IN
AMERICA A MILITARY VETERAN
COMMITS SUICIDE

TWELVE LAW ENFORCEMENT OFFICERS
TAKE THEIR OWN LIVE EVERY DAY

(Monday June 11, 2018 Woodside, Queens) His note was blunt, to the point, devoid of any emotion.  It read like the assembly instructions for an IKEA furnishing except he was not putting anything together, he was about to take his life apart.  He left it on the front passenger seat folded into a small plastic bag.  He’d wrapped a towel around his head like a turban so as to not leave too much of a mess.  His death was not reported in the news; it was a very isolated loss, his passing mourned only by family, friends, neighbors and colleagues. His death was but a number, a statistic that goes unnoticed and unaddressed.  He was just one of the 22 military veterans who take their own lives daily: a stark truth about the ravages of war and the national disgrace that shatters the covenant, the sacred duty and responsibility our Country has to provide for the well-being of all military veterans, those men and women who served to defend and protect us.

A society can be measured but what it values; the currency of a culture is one of priorities, ethics, mores, and the historical norms that have shaped it.  While culture can be subject to the whims and wanderings of the day it only survives intact when a solid understructure of tradition, a shared past remains.  By virtually any measure employed to access where our society and culture is today the fact is undeniably harsh and clearly illuminates that we are failing in both.  Our national priorities are so terribly skewed, our culture of celebrity without merit, success without effort, violence as entertainment, the profound absence of accountability and responsibility are ominous indicators that we are a country adrift.

WHOSE LIFE IS IT ANYWAY?

Every day on average 121 Americans commit suicide.  Of those, twelve Law Enforcement Officers kill themselves and, in each category, the real numbers are no doubt higher due to the variety of methods one can use to kill themselves to make it appear to be accidental rather than intentional. Death certificates rarely list suicide as the manner of death; in most quarters to this very day the act itself remains a taboo dirty little secret not to be discussed outside the confines of the family and those closest to them. When an NYPD Officer dies in the Line of Duty the local papers always splash the headline that the City mourns their passing.  That is as insulting if not offensive, and as untrue as it is specious.  The “City” as a collective of almost 9 million residents could really care less that an Officer has been killed and certainly has no sympathy for a Cop who commits suicide.  That’s just the way it is.

It is against this telling background that the recent suicides of a “Celebrity Chef” and a successful fashion accessory designer provide a glance into the cultural conscious and societal soul that defines today in the US of A.  Yes, the suicides of Anthony Bourdain and Kate Spade are tragic realities to their families and friends. We are in no way diminishing the gravity of their demise, we’re merely pointing out a cultural dichotomy that is plain as day.  There has been so much attention to these suicides in the media that it is difficult for some of us to understand why the public seems so distraught. Every 9.1 minutes some one in NYC dies, most of natural causes including complications from chronic conditions, accidents and suicide; Bourdain and Spade were just two of them. There are more suicides in NYC than homicides.

Our elected politicians are crass and craven as well as opportunistic, ever on guard for a circumstance or event to exploit. Yet, every now and then a politician will stoop to lower and lower depths of their stock in trade. Wasting no time our senior Senator from New York, Chuck Schumer, the Democrat Leader in that Chamber took to the Senate floor to deliver a speech of such overt self-righteous, self-promotion that even for a schmuck such as he it was a new low. He had the audacity to parlay the two high profile suicides into a call for additional mental health and suicide prevention funding.  Did he give this speech when the alarming rate of veteran suicides became evident? Did he give this speech last year when more Law Enforcement Officers were killed in the Line of Duty ever? The answers are no and no.  Two “famous” very wealthy personalities decide to end their lives and this lousy asshole uses them as political fodder.  Small wonder why so many Americans hold the Congress in such abysmally low regard.

Twenty-two veterans, twelve Cops every 24 hours find themselves amid a cloying darkness of depression and despair, fatality, frustration and futility that they make the decision to end their lives, to escape from whatever or whoever their particular demons may be.  Death by suicide is one of a singular aloneness, of a weariness of the soul that breaks the spirit and the victim’s connection to the possibility of tomorrow. Once life becomes mere existence devoid of even the faintest flicker of hope and possibility, death beckons.  Yes, the specter of Death obscures all light and mocks the desolate soul.  Death becomes a viable option, a feasible alternative step into the unknown.

We had come to this place on this day to mark the birthday of one of our own who had taken his own life a few years ago.  Back in the day some of us regularly gathered here to, watch a ball game, tell stories, celebrate family milestones and to drink ice cold beer on tap and Jameson Irish Whiskey.  Some of us did not see each other as often as we once did; familial obligations, transfers and retirements had thinned our rank.  But for those of us here on this day the hands of time seemed to have both stopped somewhere over our shoulder and simultaneously accelerated.  We were as a group grayer and heavier than we had been, but our bond was as strong as ever.  To a man we could not have cared less about the recent high-profile suicides; we’d been around long enough to have experienced the unique sense of loss in the wake of a suicide.  We understood it to a point; a few of us confided that they too had once been close to “pulling the plug”.  Somehow, we had all survived our Job and ourselves up to this day.

We drank shots and made toasts to our departed and still very much missed friend. Years ago, each of us processed through the aftermath of his suicide, the interminably asked questions of what we might have missed, could have missed and the dissection of every last conversation we had had with him until he decided to place his service piece in his mouth and pull the trigger. There was no one around to hear the echo of that single fatal shot, the shot he’d apparently believed would unshackle him from whatever the weight that haunted him and deliver him to salvation? Damnation? Either way he believed the unknown was more acceptable than his temporal being.

On the anniversary of his death we meet to pay our respects at his grave.  The numbers etched in the pale gray granite that is his tombstone show just how brief his time on earth had been.  1957 to 2005, such a fleeting slice of existence and a sad statement of where he was psychically when he took his life.  We each feel the vagaries of our existence when we navigate the odd terrain of a broad and deep cemetery like Mt. Calvary.  Reading the inscriptions on other tombstones along the way to our friend’s plot of this sod, it is easy to become a bit maudlin, even oddly morose.  Passing through the wrought iron gates that define this storied cemetery back out to the street the sounds of the City are once more registered.  The grinding clacking of a subway, the groans and gurgles of diesel engines in trucks and buses, the incessant horn honking, siren wales, and din of life in this Great City.

We part ways consumed by our own thoughts, we may wonder what those interred in the acres behind us were like when animated with life.  Perhaps each of us wonder for a moment if one among us is close to taking their own life.  Who knows, who can tell.  Suicide is just another facet of the infinitely complex and confounding human nature; it is not a forgone conclusion that it is always a cowardly, selfish act, proof positive of some deeply seated mental disorder or weakness.  It is what it is and all we can do is the best we can.

Posted by Brooding Cynyc at 10:39 PM No comments: