DON’T KNOW MUCH ABOUT HISTORY… 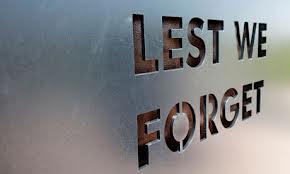 (Tuesday January 22, 2013)  Forty years ago today the United States Supreme Court handed down its landmark ruling in the Roe v. Wade case deciding in a 7 to 2 judgment that the right to privacy and due process extended to a woman’s right to have an abortion.  The repercussions and reverberations of that epic Court decision are seen and felt to this very day as abortion remains one of the most polarizing and politically charged issues.  Prior to the Roe decision abortions were illegal and were performed by a wide range of providers in a wide range of environments.  Roe took what is actually a medical procedure out of the hands of “back-alley” abortion providers of diverse, often dubious expertise and ensured that woman seeking an abortion would not be fated to exist in the shadows and on the fringe of accepted sanitary, hygienic, and sterile medical practice.

To fully appreciate the significance of this Supreme Court decision and the persistence and longevity of the controversy that still infuses it one must consider the context, the “times” in which it occurred.  That is true of virtually every issue of today.  Nothing happens in a vacuum of time although the present can often be mistaken as the defining age.  History provides the requisite context to every argument, every issue, debate, and decision confronting us today.  Sadly, for the majority of Americans under 45 years of age, history consists of all that transpired in their limited lifetime.

George Santayana the profound philosopher, essayist, poet and novelist wrote in his Reason in Common Sense, The Life of Reason, Vol.1, that "Those who cannot remember the past are condemned to repeat it."  Santayana's quotation, in turn, was a slight modification of statement by the 18th century British philosopher, Edmund Burke, "Those who don't know history are destined to repeat it."  No matter the genesis of this phrase it represents an all-important truth while admonishing all to keep matters in perspective, to view the debates of today through the prism of their history.

Quotes and adages about the need and value in having knowledge of history are plentiful.  It is absolutely true that in society, governance and politics “everything old is new again”, “past is prologue”, and, “to understand the future one must study the past”. These and similar sayings speak to the necessity of having at least a broad grasp of the history of an issue to acquire the proper context and perspective by which to access it.  A wealth of recent polling and surveys have shown that the majority of Americans born since 1968 have a terribly inadequate and generally poor understanding of recent (post WWII) history with that majority increasing exponentially as those polled or surveyed are younger and younger.  Essentially, young adults who are in their first year at our nation’s colleges and universities have an abysmal lack of knowledge of recent American history.  This paucity in knowledge is a severe handicap for us as a country, a society, and a member of the global community.

UNDERSTANDING NOW BY KNOWING THEN

Yesterday President Barack Obama was publically sworn into office in the 57th Presidential Inauguration Ceremony.  His Inaugural Address which is receiving high marks for its substantive contents and historical references is being lauded as the enunciation of a true “progressive” ideology.  Aside from the lofty oratory and rhetorical flourishes one cannot fully appreciate the words he spoke, the ideals he set forth as goals, and the scale, scope and weight of his second-term agenda without familiarity with the history of some off our most seemingly intractable and divisive problems.  The fact that an American President of African-American ancestry was being sworn in to the highest elected office in our land on the federal holiday celebrating the life and accomplishments of Dr. Martin Luther King, was steeped in late 20th century U.S. history.  Many among us of a certain age had never thought they’d see an African-American President in their lifetimes.

Until 1965 African-Americans were denied the right to vote and segregation was endemic in many parts of the Country. Dr. Martin Luther King, Jr. was the southern Minister turned civil rights activist at the forefront of having our Country, by way of our federal government, recognize, grant and enact laws to provide equal rights and non-discriminatory practices for the long oppressed African-American population.  Though the “War Between the States” had been over for 100 years the vestiges of the Old South and the rabid bigotry of the day had systemically denied the African-American segment of our populace equal access to housing, education, jobs and all manner of common services, rights, privileges and courtesies compared to the predominantly Caucasian society into the 1960’s.  The Voters Rights Act of 1965 and all the subsequent legislation that followed was the Nation’s first efforts towards redress and equality for the descendants of slaves. That was not that long ago yet how many people today have no idea of the struggles of the not too distant past?

“History” was not necessarily all that long ago.  To better comprehend and ponder some of the political discourse and discord of today, an acquaintance with our Country’s history since the end of WWII would provide a solid foundation for a broader, more stable perspective perch.  The ferocity of the arguments and the more pronounced sources of rancor, anger, and confrontation in Washington DC over the past dozen years or so can be much better understood by tracing their roots in our history.  The on-going argument over abortion is one such topic. 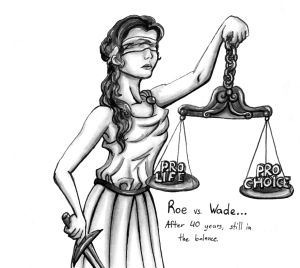 Viewing abortion from the narrow confines of today, as a bitter battle between the “Right to Life” hard-core Republican/Conservative/Evangelicals and the “Pro-Choice” Democratic/Liberal/Progressive/Populists, is to see just a sliver of the larger whole.  Some who champion one side or the other today behave as if the “abortion question” fell, as is, into the laps and consciences of Americans out of nowhere.  This could not be further from the truth. To understand the truth about abortion, the long, sordid, often tragic history of women who sought to terminate their pregnancies for whatever individual personal, private reasons prior to the Roe Decision, it is essential to pull the curtain of history and peek behind it.

Women who desired to terminate their pregnancy before January 22, 1973, would find a way.  There were a wide assortment of kooks and cranks, medical providers and charlatans, neighborhood nurses and village midwives, acting as abortion providers. The infamous “coat hanger abortion” was an act of desperation and isolation where a young woman would use a wire clothes hangar as an intrauterine probe to expel a nascent fetus or cause her body to reject the pregnancy.  So many of these women suffered severe septic shock, infections and sustained self-inflicted damage to their reproductive organs that the chance of any successful pregnancy in her future was rendered impossible.  Women died and often died alone and estranged from their families and friends; not too many decades ago the social stigma associated with a pregnancy “outside of wedlock”, was a cruel, powerful motivation to keep a pregnancy secret or to have it terminated secretly.  One just needs to do a cursory Google search to read of the horrors of abortion before it was deemed legal.

As previously noted, the legality of the “right to have an abortion” was decided by the Supreme Court citing the Constitutional grounds to a woman’s “right to privacy” insofar as what she did or did not do with her body and that her right to privacy was an extension of “due process” as codified in the 14th Amendment.  Yet, 40 years out from the “legalization” of abortion the fights and conflict rage on and the anti-abortion forces have been involved in all manner of legislative actions to turn back the hands of time regarding the availability of abortion.  People have been killed over this matter.  The most recent murder was of a physician, Dr. George Tiller, in Wichita Kansas on May 31, 2009.  Some states have no abortion providers due to the aggressive tactics of the abortion opponents.  Yes, there is a long history and it continues to be written today as old debates are re-engaged, reinvigorated by new zealousness, and actually, one’s views on abortion and its “constitutionality” have become a political “litmus test” for anyone seeking elected office or appointment to a higher court as a judge.  This, even though, the last 40 years have established a strong base of legal precedent and Roe v. Wade has thus far survived the ever escalating onslaught to repeal or overturn it.

If nothing else history provides us with mile markers, points of reference, and a map of the roads that have led us to the present.  Our past contains all the glaring flaws and faults of yesterday as well as the nuanced more subtle forces that fueled the fires that burned for change, which refused to be held at bay by the status quo and moved us all forward. Hindsight, if accurate and true, permits an unvarnished vision of exactly where we have been and why we are where we are now.  That is what history is all about.  It is not about knowing significant dates or arcane facts from antiquity.  Such are the purview of the academic, the scholars who sift through the ages seeking answers and understanding.  The average American need not be scholarly in the appreciation and pursuit of historical context.  It is vital to the present as are the particulars and details of all the multitude of variables and vagaries that constitute the climate we live in today, the landscape we traverse as a People.