FORMER LAPD COP IS NO ROGUE 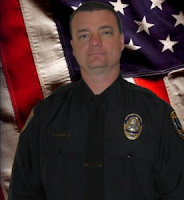 (Sunday February 10, 2013.  Los Angeles, CA) Every time the rampaging gunmen bent on murdering members of the law enforcement community and their families is referred to in the media as an “ex-cop” or a “rogue cop” they are perpetuating the myth that this lunatic so desperately wants to have perpetuated. The fact that he once wore the LAPD uniform is not relevant and should not garner any greater attention than any other particular item in this disturbed man’s biography.  In an 11,000 word rant posted on the Internet he rambles through a lifelong litany of insults, disrespect, slights, and unfairness intended to provide his “rationale” for this homicidal spree that has already claimed three lives.  That he is also a former naval reserve officer is in a sense as disparaging of our Navy as his former affiliation with LAPD is to that organization.  Yes, Christopher Dorner served in the United States Naval reserve for 20 years and was honorably discharged but his military experience has no bearing on what he has become and what this private mission of retribution is all about.

No matter what the “tipping point” was for this man, despite whatever wrongs, real or imagined beset him, he is just another murderous criminal targeting innocent people.  That a large swath of southern California is on high alert and up to 50 families of those Dorner railed against and threatened in his twisted “manifesto” are under LAPD protection, is a reactionary posture to his madness not his former law enforcement and military experiences.  Granted, he is likely better trained than the average lone gunman we have become increasingly familiar with.  Sure, he is probably a better marksman, more tactically sophisticated, and better equipped for survival in the rugged mountains of Big Bear Lake but he is just another psychopath.

It is very disturbing and somewhat dismaying to read that many in southern California have been expressing “support” for this lunatic.  The most vocal proclaim that “LAPD brought this on itself”; that after years of “police brutality” the officers of LAPD are finally “learning what it feels like to be prey.”  Perhaps these sickening reactions from a slender segment of southern Californian’s, those already hostile and critical to the law enforcement community generally and LAPD specifically, should have been expected.  Now that these views have taken flight in the various media outlets and the usual rabble-rousing talking heads they consult on matters of “race in America”, the schism between the law abiding and the “aggrieved” law deriding is becoming more apparent.  Sadly this event is morphing into an oddly convoluted airing of racial animosities and issues, matters that have long been obstacles between the public they are tasked with serving and protecting and the men and women of law enforcement.

As a former member of LAPD, dismissed almost five years ago, Christopher Dorner is not in any way accurately labeled as a “rogue cop”. For any cop to be labeled as a “rogue” he would have to be actively employed by a police force.  Dorner is a garden variety murderer with grudges who just so happens to have been a cop.  He was employed by the LAPD for a number of years and ultimately dismissed due to disciplinary or administrative reasons so his alleged grievances are not dissimilar to other killers who “snap” after some negative workplace incident of after losing their jobs.

Based on Dorner’s rambling screed it is obvious that his actions have all been well premeditated with “malice aforethought”, the very definition of homicide in the first degree.  This is where he departs from the modus operandi of other workplace shooters.  In most cases an employee who has lost his job, in his mind due to unfair treatment or other circumstance, typically perpetrates his revenge in a short span of time, often he kills on the same day he was let go by his employer.  This particular man has had years to adjust to his dismissal and apparently he has chosen to use much of that time ruminating, obsessing and fuming over being let go in addition to his other complaints that he claims transpired as early as his years in grade school.

The Los Angeles Police Department has a long history of exceedingly poor relationships with the African American and Latino communities as well as internal corruption going back to the days of Chief William Parker.  There is no denying this fact.  However, to view Dorner’s rampage as somehow fitting or just is to condone his murderous spree.  One commentator writing in a national publication wrote, “The LAPD brought this on themselves.”  This kind of thinking is not only dangerously off kilter, it also represents a measure of animus and utter disrespect for the thousands of men and women how’ve served valiantly, bravely, and within the boundaries of the law for generations.

Every large hierarchical organization including police departments have a certain number of unstable employees, some with profound mental illness, addiction to alcohol or drugs, and the gamut of personality disorders.  Most police departments of any size have had to confront cases of corruption of varying severity, abuse, brutality, racism, and all manner of officer malfeasance.  Possessing authority can bring out the worst in men.  The LAPD is no exception and actually has had a series of high profile incidents that have exposed the raw underbelly of that troubled organization.  Since the days of the infamous Rodney King beating caught on tape and the acquittal of four of the officers recorded delivering that prolonged beating as he attempted to stand up after being pulled over and tasered.   The LAPD has made substantial strides towards better training of its officers as well as improving community relations.  The circumstances that lead to the dismissal of Dorner in 2009 will be “reexamined” by the upper echelon of LAPD.  This appears to be a pacifying act, a gesture to appease the most virulent and vocal of LAPD’s critics.

More disturbing is the sudden appearance of Christopher Dorner web pages and other social media sites supporting this madman’s cause. Such support is indicative of the damage done in the past to the reputation of the LAPD.  Apparrently, his “supporters” are ignoring the fact that  Dorner could have opted to pursue his grievances in a conventional manner using the appeal process.  He could have chosen to take his story to the press or use any number of other means to put pressure on the LAPD.  Obviously, he made other choices and it will be the repercussions of his choices that will forever include him on the list of evil, depraved cop killers.  Hopefully he will commit suicide before any more innocent lives are taken by his hands.

Posted by Brooding Cynyc at 3:40 PM

It is good to see that you chose to show the photograph of the Officer killed by that scumbag. I am tired of seeing his face. Well written piece Mr. BC. Always enjoy reading your blog.

I mean I am tired of seeing the face of Dorner. The Cops he killed deserve to be honored. They are the real faces of this tragedy.