ELECTING MORE THAN A MAYOR


STAY THE COURSE OR CHANGE IT?
MUCH AT STAKE COME TUESDAY 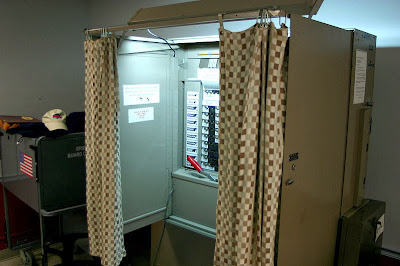 A clarification from The Brooding Cynyx

AN EDITORAL MESSAGE TO OUR READERS

(Sunday, November 03, 2013 Elmhurst, Queens NYC)  By late this coming Tuesday night we should know who our new Mayor will be.  What we will not learn until later down the line is the composition of his Administration; who he will chose to fill all the various appointed positions from those he will surround himself with in City Hall to the myriad other posts and positions that fall within the scope of the Mayor’s prerogative.  The New York City Charter endows the Mayor with a wide range of authority allowing him (both candidates are men) to shape City policy and practices across the wide swath of agencies and departments.  He will name his Deputies, Legal Counsel, and Advisors and appoint hundreds of his political supporters, Party operatives and cronies to positions of influence and power.  Once the votes are counted and the results confirmed we will have elected far more than one man to run our City.

Arguably, the most important appointment the Mayor can make is choosing the next Commissioner of the NYPD.  The Police Commissioner is the second most powerful person in any Administration and that post has certainly become one of national and even international importance given the nature and prominence of New York City.  In our opinion and, everyone is entitled to have one, Ray Kelly has steered the largest Law Enforcement Agency in America, the most professional Police Department in the world admirably, with integrity and the proper mixture of management and leadership.  His tenure stretches back to the months after 9-11-2001 when he was appointed by Mayor Bloomberg in January 2002.  He has been at the helm ever since and has received high praise from many quarters for advancing NYPD policy and procedures in everything from the impressive reduction of street crime to the development of the premier municipal (actually the first) Intelligence Division in America if not the world.  The Special Units including the widely praised and trend setting Intel Unit, Counter-terrorism, Atlas, Cobra and Hercules Units as well as other specialty Squads within the  Emergency Services Unit have in many ways revolutionized urban policing in the new world that was delivered unto us on an Election Day in September 2001.  But this is not a discussion about Ray Kelly or any of the controversies that have been the byproducts of some of his innovations in methods, strategy and tactics.  It is highly unlikely that the next Mayor will keep Ray Kelly in One Police Plaza or if he would be willing to stay.

In keeping within our tradition The Brooding Cynyx try to avoid controversy by steering clear of overt political and religious issues.  There have been and will be times that current events have prompted an opinion or commentary in these often thorny realms of public discourse and debate.  For the most part we have not offended our regular readers, followers and visitors.

Last week we posted a blog http://broodingcynyx.blogspot.com/2013/10/the-thinking-new-yorker-should-vote-for.html that garnered an extremely rare and surprising amount of criticism.  We do not filter negative comments nor do we ignore negative e-mails or other contact.  We firmly believe our blog should be as interactive as possible and encourage interaction with our readers.  That said we feel compelled to offer a few words of clarification given the poor reaction that particular post received.

Our post was written as a New Yorker who feels strongly that the looming Mayoral election is extremely important for many reasons.  Our top concern is regarding whom the ultimate victor is, either Bill de Blasio or Joe Lhota that their appointment of the person to serve as the next Commissioner of the NYPD is the single most important decision the new Mayor will make and has, by far, the most ramifications and repercussions across all strata of City life and beyond.

As has been heavily reported in the local media the differences between Mr. de Blasio and Mr. Lhota are as polar opposite as can be in all the most important issues and challenges we will face going forward. In what has become a largely apathetic, cynical electorate those of us who do vote should be as well informed about the policy platforms of these two men so we can make a thoughtful, measured and educated decision.    The New York Times published a very concise head to head comparison of the two candidates on their stances of topics from education to taxes.
http://www.nytimes.com/interactive/2013/08/27/nyregion/where-the-mayoral-candidates-stand-on-key-issues.html

The political definitions of Democrat and Republican have changed in the last 20 years and those changes are not more in evidence anywhere else in the country as they are in the Northeast and New York City in particular.  Cleary both Rudi Giuliani and Michael Bloomberg would not be considered as “Republicans” anywhere else.  The same might be said of New Jersey Governor Chris Christie.  Giuliani made his mark on our City as a “Republican” in fiscal and management issues while disavowing most of his Party’s social and cultural imperatives.  Bloomberg was the handpicked successor to Giuliani and soon after his election he switched his Party affiliation from Republican to Independent.  Historically the Democrats have been seen as Liberals with the Republicans as Conservative.  However as the ever evolving political landscape across the country amply illustrates even those definitions have been subject to subdivisions, alterations and some malleability.  Governing has become far too complex for the black and white simplicity of such ideological divides.

The Brooding Cynyx endorsement of Republican Joe Lhota seemed to be the focus of the most consternation among our audience.  In our view as New Yorkers we feel Mr. Lhota is more likely to keep lumbering ship that is NYC on a steady course, a very similar course as has been  plotted and navigated by Giuliani and Bloomberg.  We also view Mr. Lhota in a more favorable light when it comes to matters of crime and policing.

As for Mr. de Blasio, since the NYC Democrats have been out of City Hall since the Giuliani defeat of David Dinkins 20 years ago, they appear to anticipate his victory and see Mr. de Blasio as a kindred gate keeper who will allow them to flood back into appointed positions and political prominence.  Mr. de Blasio has long been a vocal critic of the NYPD, an ardent supporter of increasing citizen review boards the NYPD must answer to as well as stating his intention to dismantle much of the policing infrastructure and practical practices of the Ray Kelly tenure.  We feel that the old school Democrats de Blasio would surely build his Administration with, true liberals of whom this City is a bastion, would not serve us well.  This is not an election to take lightly.

Our position was at least partially validated in today’s New York Daily News in a column written by Denis Hamill.  http://www.nydailynews.com/new-york/nypd-officers-suicides-lesson-new-mayor-article-1.1505191. Clearly the unfortunate death of PO Robert Cedeno should not be exploited for political purposes; Mr. Hamill mentions it only to call attention to and emphasize the depths and scope of the challenges the next NYPD Commissioner will face.  Our post we are addressing today was written prior to the tragic death of PO Cedeno.  We respectfully wrote about PO Cedeno last Friday http://broodingcynyx.blogspot.com/2013/11/rest-in-peace-officer-cedeno.html .

The Brooding Cynyx do not shy away from criticism, actually we welcome all comments and opinions no matter whether or not they comport with ours.  Some wrote us calling the post in question here a “liberal rant”.  It was atypically removed from a group Facebook page, a group that we have long supported and contributed to.  We respect the rights of FB and web page administrators and moderators to control the content on their sites.  We did perceive some of the criticism as harsh but, politics is almost always bound to incite passionate exchanges.  We have said our piece.  Now we will just have to wait for Tuesday night.  Hopefully as many New Yorker’s as possible will get out and vote.  We will all live with the consequences for the next four years.

Posted by Brooding Cynyc at 8:30 AM

Well stated and a powerful argument in favor of Mr. Lhota primarily for the reasons you stated i.e., how the Police Department, Courts, Department of Corrections and other important services like FDNY will be run.