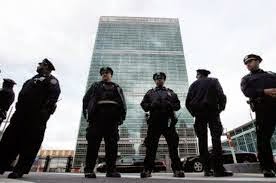 
INCREASED AIR ASSAULTS IN IRAQ AND SYRIA, GOING AFTER THE

(Monday September 22, 2014, Washington, DC) If there are any federal officials in the White House and the Secret Service who are concerned with the security of the President, his family, the White House itself and the continuity of government after two security breaches, they should come out from behind whatever bushes they are hiding.  The almost stupefying fact that there could be two serious lapses in security perpetrated by two individual men both within a 24 hour time span, should cause heads to roll and an immediate and thorough investigation and overhaul of the security protocols at the White House and its well-manicured grounds.    How these two illegal incursion onto some of the supposedly “most secured acres” in America leaves some serious questions hanging in sharp relief when held up against reality.  While each event was a different type of threat that they were able to transpire at the White House at all is deeply troubling as well it should be.  President Obama and his family were spending the weekend at the presidential retreat at Camp David and were obviously never in danger but did remark that he is “obviously concerned” that these two events happened.  For their part the Secret Service have announced a review of their existing policies, procedures and practices but many in the intelligence and law enforcement community are skeptical that the Secret Service can objectively conduct such a review.

NOW MORE THAN EVER

As expanded airstrikes have commenced this week with United states and a handful of allied countries targeting ISIL sites both in Iraq and across the border in Syria, intelligence professionals have been warning of an increased threat to our homeland by those sympathetic to the Islamic State (as ISIL now prefers to be called).  Two of our closest allies, The United Kingdom and Australia have each issued nationwide terrorist threat assessments based on intelligence they have received from multiple and corroborating sources.  The Islamic State has gained a prominence for their utter brutality, ethnic cleansing and their ability to control large swathes of territory in Iraq and Syria.  They control pipelines and refineries the proceeds from which are used to advance their military arsenal and cause.  Some in the international intelligence and counter terrorism community have repeatedly warned that the “Islamic State is like no other terrorist group we have ever seen before”.   One of the realities of the Islamic State that most troubles intelligence experts is that they have been able to recruit to their ranks young men and some women with
western” passports; the kind of passports that are unlikely to draw attention or increased scrutiny at an American airport.  While there is no way to accurately account for the number of westerners who have joined the cause, most conservative estimates place the number between 160 and 200 individuals and, perhaps, as many as 50 from the United States.

The Islamic State has been the first terrorist organization with a viable global reach to attract adherents and foreign fighters to their cause.  The major concern is that these westerners who have traveled to the war zones in Iraq and Syria might be able to return to their home countries with at least some rudimentary skills in bomb making.  Some believe that the training these westerners are receiving is far more advanced than crude bomb making and that they may be plotting and planning from abroad until they are dispatched back home to perpetrate a lethal mission.

Given this sobering assessment of the current fight against terrorism, it is even more jaw-dropping that a 42 year old man from Texas, an Iraq War veteran, Omar Luis Gonzalez, was able to scale the perimeter fence around the White House and gain entry into the residency before being tackled by uniformed officers of the Secret Service.  He was armed with a knife at the time of his arrest and a later search of his car uncovered 800 rounds of ammunition and y several types of heavy bladed weapons.  Mr. Gonzalez could have been packing an improvised explosive device or some other weapon that could have resulted in a serious loss of life, damage to the White House and world-wide embarrassment for our federal government, the Secret Service and other law enforcement agencies who share jurisdiction in Washington, DC.

THE SONG REMAINS THE SAME

Just two weeks ago we marked the tragic 13 year anniversary of the terrorist attacks of September 11, 2001.  It was in the wake of that colossal debacle by our CIA, DIS, DOD, FBI, INS and the entire host of federal agencies, individually and collectively, that we realized all too clearly the depth of their ineptitude, dysfunction, and lack of cooperation.

They, all of them, allowed 9-11-01 to happen.  For all the talk of how much safer we are today, we open the weekend newspaper and see that two intruders attempted to gain access to the White House.  Yes, Mr. Gonzalez did penetrate far beyond  the security perimeter and how he was able to manage that feat will be an important aspect of the after action reports and review.

The second individual intent on getting onto the White House grounds was a 19 year old New Jersey man named Kevin Carr.  He drove into the White House entryway at 15th and E streets and removed to move his automobile.  The uniformed guards at that point of entry were able to diffuse the situation in short order.  Mr. Carr was unarmed and posed no serious threat at any time during the episode.  But both of these events beg the most serious of questions and, the American public will not get answers anytime soon.  Now that committee’s and subcommittees in Congress have promised to have a charade of hearings and political showmanship, it is safe to say we may never have a reasonable explanation for what happened here last weekend.

By noon time this Wednesday there will be 193 diplomatic delegations here including 140 heads of state. These world leaders including our President will gather at the UN for its annual General Assembly.  While providing security for this week long event has always been a challenge, a challenge that NYPD has met and perfected over decades, the chaos in the world makes this particular General Assembly that much more potentially volatile both in and outside the UN.  The usual hordes of demonstrators are expected and some of the “Occupy Wall Street” group has already assembled.  Yesterday, New York City played host to upwards of 400,000 marchers for environmental issues.  Despite the enormous, sprawling throng, there were fewer than 100 arrests and the march was generally peaceful.  Of course the UN attracts demonstrators from far afield and has always been considered a “top terrorist target” by the NYPD Intelligence and Counter Terrorism Bureau’s.  Monumental precautions are taken to protect the Assembly at the UN plaza as well as at the various Embassies and Consulates where the delegations will be housed for the duration when not in session.  This can be a logistical nightmare for everyone but this year the inconveniences might be even more stringent than in the past.

It is far too easy and usually ignorantly arrogant to complain about the small inconveniences cause the general public during the week of the General Assembly.  But, if New Yorker’s could put aside their own hassles and stop to recognize that the uppermost leadership of most of the countries on the earth are visiting our City to conduct business, the inconveniences, real and imagined, should shrivel up and blow away.  We New Yorkers know what it is like to sustain a terrorist attack and, if we all take a moment to see the threats various delegations bring with them to our City, we might not get so aggravated and feel so aggrieved.

If there was a singular lesson to be learned by our government and military after 9-11-01 it was that the broad oceans that define our coasts, that the vast distances that have always separated us from the turmoil of the wider world have no significance today.  The hallmark of asymmetrical warfare is for a lowly party of committed minds working diligently to bring death and destruction to our shores and, for most of these groups; “our shores” are defined by the coastal and inland targets contained within our Five Boroughs.

In many ways tonight is just another routine night for the men and women, the rank and file Officers who patrol out streets, subways, housing projects and all points in between.  They will deal on this night, be they assigned to the ass end of Brooklyn or the farthest reaches of The Bronx as they do every other night day in, day out , 365 days a year.  For many the events that will transpire tomorrow at the United Nations are just another ‘detail’ to make a few overtime bucks.  Some Cops will work barrier detail while others will provide conventional means of protection and security prepared for every and any contingency.

There are precious few certainties in life particularly in a Cops life but one such certainty will nag on every Cop’s conscientiousness until this travelling road show ends and all the international players return to their homelands.  The specter of terrorism was forged in all of our minds on February 26, 1993 and September 11, 2001.  The world has not been and never will be the same as it was prior to those atrocities.  After the death and destruction perpetrated on OUR soil, in Lower Manhattan on a glorious September morning 13 years ago, the “game” has changed; the stakes are higher than they’ve ever been.

The citizens and high profile visitors who will go to sleep tonight in our City do so peacefully as far as their own mortality and is concerned.  Heads of State from the world over can rest comfortably and confident that the fine men and women of the NYPD stand as sentinels, as protective human shields between them and all those who’s designs are to do them harm. In a more better world, dare we not say a “perfect world”, everyone, be they diplomat or dishwasher, bus driver or emissary, would take comfort in the fact that they are protected and that men and women who’s domain is the night endeavor to keep our City safe, sane, and secure.

Posted by Brooding Cynyc at 2:55 PM