ZIMMER AS DAVID VERSUS CHRISTIE AS GOLIATH


POLITICAL INTRIGUE ON THE WATERFRONT 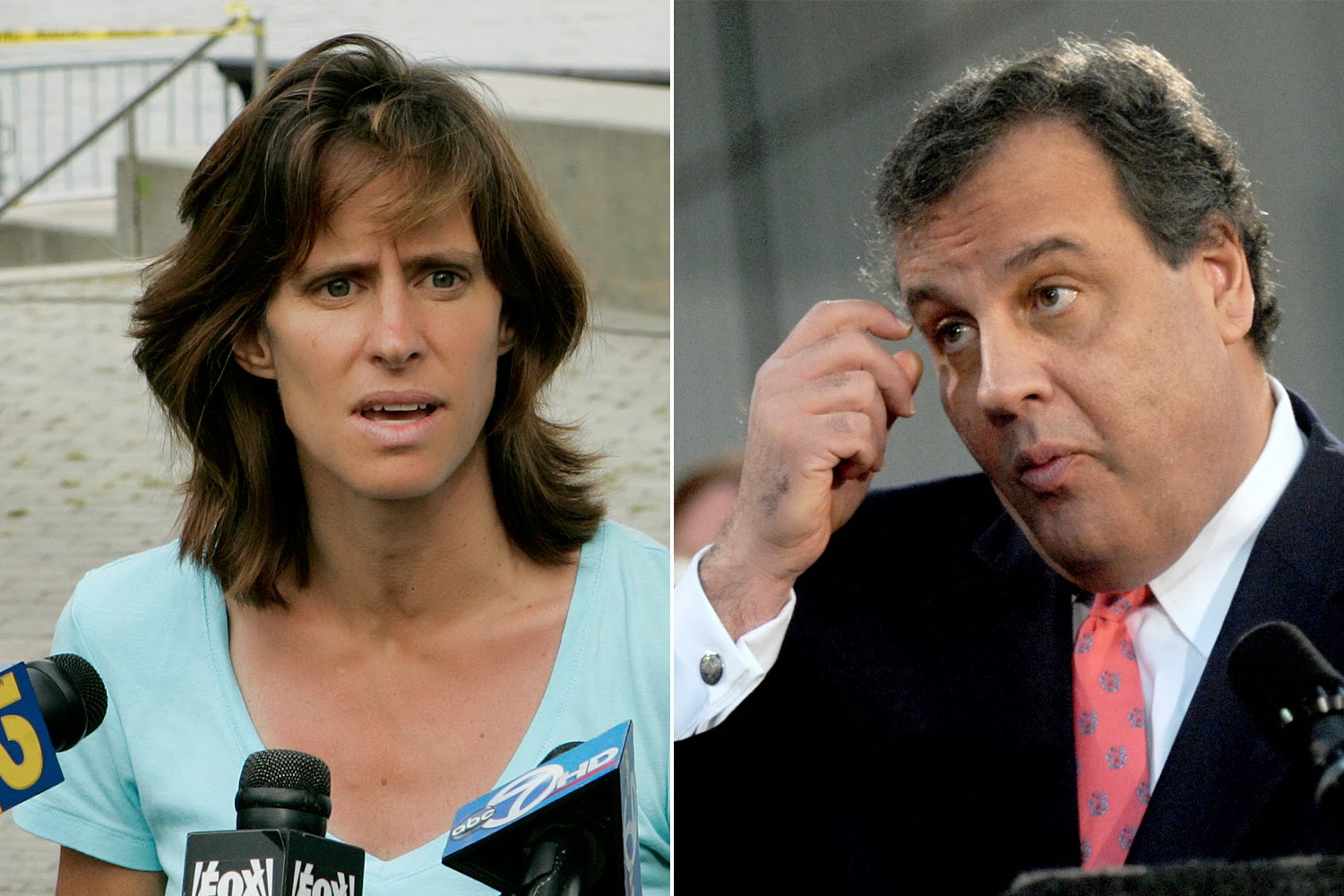 (Tuesday January 21, 2014 Hoboken, NJ)  The 1954 Hollywood highly acclaimed classic movie “On the Waterfront” filmed here tells the story of corruption on the docks and piers of New York City, shady characters from mob bosses, leg breakers to rough necked underdogs and boxers pursuing their dreams.  In one of the most powerful scenes a boxer who blew a fight intentionally so a gangster could collect big on a wage, Terry Malloy acted by Marlon Brando laments that he “could have been someone…I coulda’ been a contender” and that all he ever got out of throwing that fight was a “one way ticket to Palookaville”.  In many ways the plot of this timeless cinematic masterpiece has been used as both metaphor and analogy for a variety of David versus Goliath type stories; tales of lost or unfulfilled potential and as a point of reference for compromising, selling out, forfeiting one’s integrity for a pittance, regret and the lessons learned by underdogs.

In its most recent and as yet to be anywhere near concluded version, Goliath is the loud-mouthed, in-your-face, ‘my way or the highway’ New Jersey Governor Chris Christie while Hoboken’s petite, soft spoken Mayor Dawn Zimmer is the reluctant but not intimidated or timid David.  That Zimmer could very well be a heavy contributor to the ultimate demise of Christie, the metaphor is apt.  Christie who was sworn in to his second term earlier today had been widely popular beyond the narrow confines of New Jersey and was being touted by the Republican Party as a possible presidential candidate in 2016.  Christie was billed as a Republican who had notched up some impressive legislative initiatives working with the majority Democratic State Assembly and Senate.  Many GOP operatives viewed the bellicose Governor as having a good measure of national appeal particularly for those who consider themselves moderate, centrist and independent.  Oh, how the times have changed.

In a matter of a scant 11 days Christie’s bandwagon of supporters, advisers, financiers and donors has lightened considerably while it has been counterbalanced  by the weight of the nonstop coverage of possible scandals that lead to the tightknit circle of his closest staffers, three separate investigations which could expand further and the 20 subpoenas tossed to those both in his innermost circle as well as high placed officials in The Port Authority of NY & NJ some who’ve been forced to resign and some who have done so on their accord.  What had begun initially as a probe seeking answers explaining the cause of four days of lane closures at the George Washington Bridge last September that caused gridlock of an epic scale,  to who ordered such a disastrous traffic pattern, and if, in fact, it had been sanctioned by Christie as a retaliatory strike against the Fort Lee NJ Mayor who refused to endorse the Governor’s re-election efforts last summer has exploded into a full-fledged inquiry that has the potential to topple Christie.

The ancient Greeks contributed much to our world not the least of which are philosophy, political theories and the use of tragedy and comedy as elemental tools by which to explore some of life’s intrinsic ironies, individual conflicts, weaknesses, traits and the interplay between two dichotomous forces in public and private scenarios.  Drama, as a form of theatric expression, a writing genre and part of most of our lives at some point was used by the Greeks and Romans as a vehicle to present a cautionary tale or the morale of the story.  They used the mechanism of an antagonist battling a protagonist in some way in their mythology and ancient works much as the Christian Christ used parables to set the scene to make a particular point.

In this still developing drama in New Jersey Dawn Zimmer is the protagonist who found her way to the center of a packed arena last Saturday morning during a long live on air interview on MSNBC.  For anyone who did not see that televised interview it would be well worth your while to catch a clip of it on YouTube or other media site.  Zimmer comes across not only as extremely credible and sincere but also as a true public servant who has labored since the brutal blast Hurricane Sandy unleashed on her state and on her Hoboken in particular.  Hoboken is the most densely populated city in the Metropolitan New York City region and in the top of in the country.  Over 50,000 people call the “mile square city” home and most of it is below sea-level.  As Zimmer’s story goes she was pulled aside after an event at a Hoboken Shop Rite by the New Jersey Lieutenant Governor Kim Guadagno.  Zimmer stated and wrote contemporaneously immediately after that discussion in her personal journal that Guadagno indicated the bulk of the money pledged to help Hoboken in its recovery efforts, federal disaster relief money at that, would not be coming her way unless Zimmer got behind a local development project that was “important” to Christie and some of his well-placed, well-heeled cronies.  In essence, the federal relief money was being “held hostage” by the Christie Administration and Guadagno advised Zimmer that she’d better play ball or else.  Of the approximately $1.3 million allocated to Hoboken as of now a mere $300,000 has been released to Mayor Zimmer for recovery and remediation efforts.

According to published reports and a statement directly from Mayor Zimmer on Monday she spent over “two hours yesterday (Sunday) in the Federal Prosecutors Office” discussing her allegations and also that she had turned over to that Office her journals, diaries and e-mails relevant to her public statements which were really serious accusations.  Zimmer has also offered to take a polygraph and insists she will cooperate in every way she can with the various investigative bodies assembled to look into Christie and the his Administration is structured and functions.  If Mayor Zimmer is not telling the truth why would she ever put herself into the precarious position of speaking with federal Prosecutors of her own volition?  Clearly, she would not have done so if she was fabricating or embellishing what transpired between her and Guadagno last summer.

Are the ears of everyone on the Hoboken waterfront perking up by now?  Word on the streets of this diverse city answer “Oh yea…”  For all the Yuppies, Wall Street type, non-natives of Hoboken there is a larger contingent of natives most of whom can trace their ethnic heritage back through many generations to Italy, Ireland, Germany and Puerto Rico.  These are the hard working, blue collared Hobokenites that have been here long before the first ferry catering to those newcomers working at the World Financial Center in Lower Manhattan and they can smell shit, be it bullshit, horseshit or just garden variety political shit when it crosses their path and, at present, as the wind continues to blow more shitty air over Hoboken, they are all paying attention.   Having lived through the fury of Hurricane Sandy and still coping with the severe damages they incurred today, the very concept that there may have been some malfeasance connected to the receipt of Federal aid is enough to make the natives restless and highly disturbed.  So many who voted for Governor Christie are now left with the awful taste of being “had” in their mouths and it will take the New Jersey Federal Prosecutor and State Assembly investigations to find the truth buried beneath the layers of political shit.

It seems like it was just yesterday that Chris Christie, coming off his landslide reelection and appointment to head the Republican Governors Association, was the “Golden Boy” of the Republican Party’s more realistic, pragmatic king makers.   They saw him as a potential candidate with national appeal; appeal that transcended the definition of stereotypical politicians from the Northeast Corridor.  However, those who have followed Christie’s meteoric rise from Federal Prosecutor to Governor have long been aware that he’s possessed of a vein of veniality and pettiness; that he is far too thin skinned for the high wattage of presidential politics.

Dawn Zimmer arose from the ashes of defeat after losing her bid for the Mayoralty of Hoboken after the victor; Peter Cammarano became embroiled in the sort of corrupt politics that have driven men of far greater acumen and ability from Office.  Zimmer, having placed a close second to Cammarano became Mayor and by all accounts has served the City of Hoboken well. If Zimmer is nothing else she is an intelligent, engaged advocate for her constituents and not naïve about the bruising reality of municipal and state politics.  While Republican stalwarts and Christie loyalists try to besmirch her abilities and reputation, they cannot lay a glove on her.  She is as committed and dedicated a public servant as Hoboken and, New Jersey writ large, has ever seen.

Zimmer is by most accounts the last Jersey politico one would cast as the protagonist to the larger than life antagonist Governor and it is in this altered state of reality that her story and testimony is that much more believable and credible.  One might think that Christie, a former federal prosecutor himself, would have found exercising the power of his Office to be unsavory at best; criminal at worst but the intoxicating nature of raw unbridled power has doomed lesser and far greater men to the footnotes of history if not to a stint in a federal penitentiary.   At some point in the not too distant future this entire corrupt mess will come to a screeching halt and the once formidable Governor will likely not find himself near a chair when the discordant music stops.

Posted by Brooding Cynyc at 3:30 PM

Christie ought to pull a Sarah Palin, Resign as Governor and become one of the clapping seals in the circus at FOX News.