CHRISTIE, NOT THE PEOPLE OF NJ IS THE ISSUE 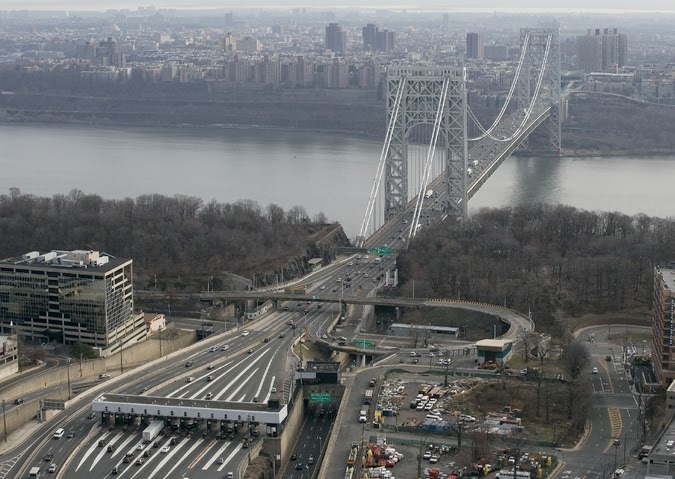 (Friday January 17, 2014 Jersey City, NJ)  New Jersey Governor Chris Christie has been taking a real pounding in the media ever since some of the details of the “Bridgegate” scandal have emerged.  The allegations are that Christie sought to retaliate against Fort Lee Mayor Mark Sokolich (D) for not supporting him in his reelection campaign last year. A series of damning e-mails have been made public between some of the Governor’s closest advisers and staff and Christie appointed official at the Port Authority, the bi-state agency that operates the George Washington Bridge as well as other vital infrastructure in the New York City Metropolitan area.  This likely would never have prompted the degree of scrutiny it has if Christie was not considered an up and comer in national Republican Party politics.  By some he was already viewed as a front runner for the GOP presidential race in 2016.  As of this time any presidential ambitions Christie harbored are in doubt and, depending on the results of several independent investigations, his remaining term in the State House in Trenton may also be in jeopardy.

By now the basic outlines of the series of events and their implications have been well documented in the media (see links below).  The appointment of a Special Prosecutor earlier this week and the 20 subpoenas handed down today indicate that this matter will be dissected and hopefully the truth will emerge.  Now, much of the discourse is about Chris Christie’s personality, character and political viability especially since he handily won reelection last November and was selected to head the Republican Governors Association.  Many in the GOP became enthused about the possibility of a Christie bid for the White House after his keynote speech at the Republican National Party Convention that nominated Mitt Romney as their candidate.  Many interpreted his largely self-centered speech that only mentioned Romney twice as Christie’s unofficially tossing his hat in the ring for 2016.  He was particularly as a popular, somewhat populist Republican Governor in a decidedly Democratic state.  Christie did appear to act with some measure of bipartisanship and has appeal for voters who self-identify as “Independent”. Some Party insiders, including many deep-pocketed donors are feeling much less enthusiastic about ever having put so much stock in Christie and their Party’s future.

9 MILLION PEOPLE, NOT A STEREOTYPE

New Jersey like some of the other “13 Original Colonies” is small by comparison to states further west.  It is home to almost 9 million people (2012 census data says 8.85 million) and is densely populated.  New Jersey is home to some of the country’s largest and most prestigious pharmaceutical, telecommunications, and petrochemical companies.  It has a long and storied history in areas as diverse as higher academics to inventors, innovators, industry and sports.  North Jersey is part of the largest media market in the United States, New York City, while the southern half of the state is covered by the Philadelphia based media.  In size it is among the smallest of our states but in importance and value it ranks among the most significant.

Perhaps because it is geographically awkwardly situated between New York City and Philadelphia, it has long been the brunt of inaccurate stereotyping, crude ethnic mischaracterizations, and an endless source of jokes based on misguided biases and unfamiliarity.  The New Jersey as often portrayed in stereotype is populated by Italian mobsters, Irish crooks, political corruption, strong-armed extortion and every other unsavory activity.  Where and how such stereotypes evolved is a discussion for another time.  Suffice to say at this time, they are all idiotic, narrow-minded and insulting.

PEOPLE WHO LIVE IN GLASS STATES…

Among the many and varied stereotypes about New Jersey is that it is a perpetual hotbed of down and dirty politicking run by corrupted old time Party machines and that its politics is a no-holds-barred, bare knuckled blood sport.  New Jersey has had more than its share of corrupt politicians but certainly in no way are corruption in politics confined to Jersey’s borders.  Various forms of corruption from nepotism to financial impropriety are still and have always been practiced on every level of governance in every state in the Union.  New Jersey might get more attention given the unrelenting klieg lights of its two neighboring media markets but only a fool would believe their politicians are all honest men and women serving only for the public, “greater good”.  Such noble concepts and aspirations have been drained out of American politics over the last 40 years.  One need not look too far from their own doorstep to see this to be the harsh, sad truth.

Politics today, be it in New Jersey or New Mexico, is all about hypocrisy, pandering, exploitation, power, influence and incumbency.  From local school boards and town councils to the Congress and White House corruption is the one constant element that clings to the corridors of power like so many coats of lead-based paint.  No one is innocent today, no one is beyond reproach, no state is nearly as squeaky clean as those who reside there would like to believe.

CHRISTIE AND THE LAWS OF POLITICAL CALCULUS 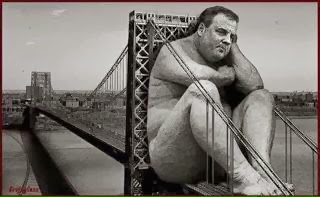 
If the investigations unfold in such a way to prove the Governor did indeed abuse his power for retaliatory purposes, did strong-arm his political foes and endeavored to exact putative measures against those not on his personal bandwagon, then he is done.  It is that simple.  As has long been the case since Watergate, the problem is always “Not the crime.  It is the cover-up”.   Politicians from Richard Nixon to Bill Clinton and countless Senators, Congressmen, Mayors, Sheriffs, Mayors and elected officials of every stripe have proven just how true this axiom is.  The media likes to preface some falls from grace saying “Americans are a forgiving people” and we might be at that.  What we are not, at least most of us, is forgiving when we perceive character flaws in our elected officials that impact their ability to carry out the duties associated with their Office.  Bill Clinton got a pass from the majority of Americans because his “scandal” involved his private personal conduct, even as tawdry as it was.  However, when a politician’s conduct in Office is of such a nature as to hurt or harm their constituency: that is an entirely different story with a decidedly different conclusion.

There is a cautionary tale to be told about Chris Christie and the scandal he is currently embroiled in.  Certain personality traits that may be assets when seeking Office or as a matter of method of governance can also be a politicians undoing.  Christie, a large and larger than life character full of pugilistic bluster and bravado, an in-your-face roughneck wearing a white collar and a thousand dollar suit, was a welcome and widely supported Governor while the people of New Jersey perceived him to be working in their best interest.  His “take no prisoners” approach to the issues that plagued New Jersey when he first took the Oath of Office engendered a certain sense of shared identity between the Governor and the largely hard working, straightforward, blue collar New Jerseyians  who elected him in the first place.  That narrative is now subject to revision at best and may be his doom at worst.  If it is proven that he pushed the levers of government to the degree that many are alleging, he will have lost all faith with the people of New Jersey who do not suffer slights or insults easily.  If he acted in such a childish, petty manner, he is as good as gone from Trenton.

Of the 20 people related to the infamous GWB Lane Closure Scandal, if one testifies honestly under oath and the e-mailed trail of responsibility is proven beyond doubt to end on the Governor’s desk, it will be all over for Chris Christie.  He will become a victim of his own tough guy tactics; what were once viewed as his best assets will be the very same heavily weighted stones of his own demise and undoing.  And his fall from grace will be epic.