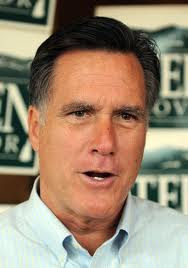 (Bile Falls, Iowa – Aug. 23, 2012)  Things have not been going well for the presumptive Republican Presidential candidate lately.  Actually, things have not been going well for him for quite some time now.  Left as the last man standing after a nasty, protracted, expensive Republican primary, Ole Mitt has been in deep shit since he technically clinched the nomination.  Oddly, or maybe not so oddly, the bulk of the shit that has befallen the amazingly dysfunctional campaign of this tremendously inferior candidate has been of their own making.  Mitt has been a mass gaffe producer as well as a chronic liar, a serial ‘flip-flopper’ on virtually every policy and political issue of the day, and a man who most Americans now believe to be a dick.

Recent polling conducted nationwide by several major media outlets including The New York Times, The Boston Globe, The Wall Street Journal, CNN, ABC, CBS,TBC, SOB, WTF, NPR and Gallop, convincingly demonstrate how poorly Romney is perceived among likely voters, undecided voters, likely to remain undecided voters and voters who are not really undecided they just say they are.  Romney also suffers from very high “unfavorable” ratings that only add to his lack of credibility problem with the electorate.

The TBC poll conducted last weekend asked the respondents to choose which term or phrase most accurately described their individual opinion of Mitt Romney.  Their choices were: a) phony, b) out of touch with reality rich guy, c) liar, d) tax cheat, e) buffoon, f) dick, g) spineless gutless imbecile, h) asshole, i) nice guy, j) strong leader or k) pandering blithering idiot.  By a wide margin the majority chose “dick” as their answer with “asshole”, “pandering blithering idiot” and “tax cheat” each tied with “liar” for second place.  Out of the 47, 598 people polled only 2 thought Romney was a “nice guy” while one drunken Mormon found staggering through a truck stop parking lot in Wendover Nevada said Mitt was a “real good guy”.

Despite state by state polling trends showing the Romney/Ryan ticket facing an increasingly steep uphill challenge, they continue to utilize their chosen tactics of lying, obfuscation, ignoring questions, denying their own records, and trying to confuse targeted segments of the public about the various positions they’ve each held on Medicaid, Medicare, tax policy, abortion, prickly heat, birth control, irritable bowel syndrome, and the separation of Church and State.  One long time GOP political hack, Charlie Black who worked for both George H.W. Bush and George W. Bush commented, “Heck.  We thought we had our hands full with George W.  Sheet! Romney makes ole W look like a damned statesman, like a genius, like Newt Gingrich.  I’m sure glad I decided to sit this cycle out.”

It seems much of the voting public is still asking “Who is Mitt Romney”?  And with good reason.  He is the latest incarnation of a recent phenomenon in American politics: an independently wealthy professional candidate devoid of any ideology or core beliefs who seeks office just to seek office.   Having amassed a fortune as the founder, president and CEO of a Boston-based venture capital firm, Bain Capital, Mitt’s first foray into politics came in 1994 when he challenged bloated incumbent Senator and Democratic Party icon Ted Kennedy.  Kennedy being a liberal stalwart forced Romney to espouse positions on many issues merely for the sake of political expediency.  He tried to “out liberal” Kennedy on some policy positions while quickly tacking towards the right to court more ‘conservative’ voters (if there is such a rare breed in Massachusetts).  Due to his willingness to spend millions of his personal fortune to buy the Senate seat, he forced Kennedy into a tighter than expected race but was ultimately defeated.

Based on his performance on the campaign trail and during interviews with the media outlets large and small, Mitt the Twit is apparently unable to answer any question no matter how narrow and specific with anything other than the most vague, innocuous, often imbecilic sound bites.  Harry Nevus the producer of Face the Nation on CBS noted, “In my experience covering presidential candidates since 1968, I can say without reservation that Mr. Romney is the most vacant, vapid intellect ever to seek the office.  He may have been an effective venture capitalist but boy is he ever dumb”.

Perhaps the pundits and public would not have such negative views about Mr. Romney if there was any hint he possessed some measure of honesty, integrity or scruples.  His talent for tailoring his position and message to suit whatever audience he’s speaking to and then, just hours later once again adopt a new position for a different audience is so grossly obvious that even jaded political observers are in awe of his malleability.  “He’s like the kid in High School who has it all and buys friends.  The other kids don’t really like him but since he has a nice car and money he’s willing to throw around, they hang out with him”, said Democratic pollster and former campaign adviser to Hillary Clinton, Mark Penn.  Penn continued, “It’s actually no surprise that Americans see him as a dick.  I see him as a dick as well”.

Among the hundreds of self-inflicted wounds the hapless, witless, nit witted GOP candidate has endured, probably one of the most damaging has been his absolute refusal to release more than one year of his income tax returns.  It has already been well documented that Romney enjoys the tax loopholes afforded to those with Swiss bank accounts and other off shore financial havens such as the Cayman Islands.  His proposals – extremely vague and flimsy as they may be – have been assessed by many nonpartisan entities and unanimously found to be very favorable to the wealthiest Americans while inflicted economic hardship on middle class working Americans and the elderly, disabled, un- and underemployed citizens.  Hugh R. Fistula, the Communications Director for the Elderly Alliance To Stop Upper Peptic Syndrome (EATSUPS) commented, “Most of the EATSUPS sufferers are reliant on Medicare and Medicaid.  With the cuts in those federal programs a Romney/Ryan administration would seek, I think we’d see a skyrocketing number of deaths from this dreaded disease.  It gives me gas just thinking about it”.