WHAT WE CELEBRATE AND WHAT WE DON’T 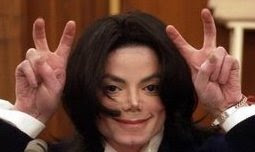 THE CHANGING FACE OF AMERICAN CULTURE... 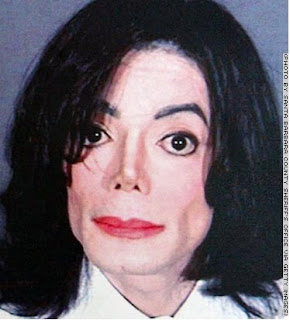 ...CAN ONLY CHANGE SO MUCH

Culture:
the quality in a person or society that arises from a concern for what is regarded as excellent in arts, letters, manners, scholarly pursuits, etc.

Popular Culture:
contemporary lifestyle and items that are well known and generally accepted, cultural patterns that are widespread within a population; also called pop culture

(July 2, McPherson, KS) This dusty, windswept town is as close to the actual geographical middle of America as one can get. This is middle America on the map and, by some sociologists and demographers opinions, a fair representation of the much revered “Middle America Values.” Pollsters of every stripe love a location and population such is found here; it all seems to fit some ideal version of the United States; our lives, people, ethics, mores and, yes, our culture.

If a stranger from say, New York City, were to come to live here, they’d soon find out there are vast differences regionally in what the collective “we” consider culture. Yes, the various mass media platforms expose the folks here to all the same movies, music, entertainment and the like, as much as everywhere else. Young people in particular are more apt to adopt styles and attitudes promoted in the media than are older people - adults - those who have lived through the turbulence of their own youth and whatever was considered “pop culture” then.

We ought to be careful, selective, actually, in what we allow to be regarding in our society as cultural. The definitions provided above (courtesy of Random House Dictionary @ Dictionary.com) are concise and detailed. Accordingly, for an individual to have “cultural significance” they must make a profound contribution to our society that, in some way, enhances our collective lives. Sadly, we really do not celebrate culture here in America. No. We celebrate celebrity in ever increasing phases that are, fundamentally, contributing to the erosion of any real “culture.”

We have had schisms and upheavals before but, we also had eras of true appreciation for the achievements of men and women who in real terms made strides in their given endeavors that made us all a better people, a better Country. Fortunately, our history is richly populated by men and women who most certainly contributed greatly to our culture. Some of these individuals have made such profound advances in their specific realm that all of our lives will never be the same.

The recently deceased Michael Jackson was definitely not among them.

It is in many ways large and small a sad testament to our society that this man is being hailed as a “cultural figure.” Sure, he was a gifted, talented recording artist and performer but nothing he produced will stand the test of time and the rigors of the definition of a “Cultural Contribution.” Arguably, Jackson, does not even meet the criteria as an icon in “Pop Culture.” Simply being “famous”, a “celebrity”, does not translate into cultural significance. Appearing on the cover of cheap, sordid tabloids for decades is also not a good place from which to make your case as a contributor to our culture.

He perhaps could have been considered as an entrant into the Pantheon of American Cultural Contributors but, as the self proclaimed “King of Pop” and a highly eccentric, perhaps psychopathologically damaged man, he will forever be remembered as something of a “freak”; a child prodigy who vaulted to solo success as a recording artist, made and squandered several fortunes and appeared to exist in a cocoon of illusion and childishness at best; predatory pedophiliac, neurosis, psychosis and criminality at worst. The fact that he gained worldwide fame as a performer is more a matter of musical trends, the convergence of entertainment, technology and marketing.

THE LINES HAVE BEEN BLURRED OR LOST FOREVER

Alex Haley, one of the most gifted American writers of his generation died on the same date in 1995 that the Brooklyn bred thug, former Heavyweight Champion of the World, Mike Tyson, was sentenced to five years in an Indiana prison for rape. The Alex Haley bio and obit was buried in most major papers way in the back while the scum bag, Tyson, was front page news. Who contributed more to our culture - the author of the groundbreaking novel “Roots”, or an illiterate brute who raped a young woman in Indianapolis?

And therein lies our dilemma.

We have come to mistake celebrity media notoriety, entertainment value and infamy for fame with cultural / societal value. We elevate jocks and shlocks to lofty positions in society and fail to recognize those who labor in the shadows but forever alter our lives and, in some cases, history. Why? Why do we actually celebrate stupidity? Why does a movie entitled “Dumb and Dumber” rake in millions at the box office? Why does course, crude, juvenile bathroom humor dominate morning radio while most people make fun at NPR for being “serious” or, God forbid, “Liberal”? These are the questions we must ask ourselves particularly at this time of profound challenges to our way of life. We are jeopardizing our role of the lone Super Power once we allow intellect, education and seriousness to be ridiculed, scorned and discouraged.

News and entertainment became mutant bedfellows in the 1980’s; a decade that produced the initial wave of pseudo-celebrities designated as cultural forces. The beginning of the end may have been the election of a dimwitted, former radio announcer and B-list actor, Ronald Reagan to the Office of the President of the United States. If this garbonzo could serve as our chief executive, the lines between real and unreal had most decidedly been breached. It was all downhill from there.

...AND THEN, THE MATTER OF RACE

Apparently the Jesse Jacksons and Al Sharptons of the world have failed to notice that the White House is now inhabited by an African-American President. Does President Obama represent the end to the centuries old racial divides in this country? Of course not. However, he is living proof that in so many, many ways we, as a Nation, have moved beyond some of the most destructive influences in our interracial relations.

Why are the professional negroes coming out of the woodwork to stand besides Michael Jackson’s obviously illiterate father? Why do Jesse and Al insist on hauling the issue of race into the public spectacle that has become Wacko Jacko’s death? It is people like these who are the cultural vultures always poised on the tired wooden fence that encompasses our society, forever eager to pounce and insert race as an issue in any event, good, bad, or otherwise.

Michael Jackson appears to have spent his adult life and a small fortune on plastic and cosmetic surgical procedures to distance himself physically from his racial heritage. Why? Just another of his myriad of quirks? Perhaps. Probably no one will ever be able to definitively state why MJ bleached himself into an unnatural color. Why he subjected himself to so many cosmetic procedures that he bore scant resemblance to his childhood photos at the time of his mysterious death?

Then, of course there is the “chicken or the egg’ question. Did MTV make Michael Jackson a superstar or did Michael Jackson make MTV an overwhelming phenomena in the entertainment industry? Who knows? Who cares? Such questions fall into that gray area dividing true cultural importance from brief cultural fad.

If there is any true sorrow in this event aside from the passing of a 50 year old life, it is the fact that the parasites and vultures who exploited this man in life are determined to do so, and then some, in the wake of his death. For some base reason users and abusers cling to talented, successful people like a leach to a bare back. They suck the money away, live vicariously through the character they are attached to and, when the gravy train comes to a grinding, smoking halt, they all bail out or fight to retrieve what they feel they deserve. There is no sympathy or honor among thieves and, make no mistake about it, virtually everyone associated or considered in the “closest circle” of Michael Jackson’s staff and advisors, confidantes’, gofers, flunkies, body guards or medical staff had any vested interest in his best interests. But, that was entirely his fault. May he find a peace in death that so obvioulsy eluded him in life. Now let this whole story disappear from the daily media.

Dr. Charles Drew was an African-American physician who made remarkable breakthroughs in the area of blood transfusion, plasma separation and blood products storage in the years between 1930 and his death in 1950.

Dr. Drew died an early death after a motor vehicle accident left him severely injured in the Deep South. He was refused a blood transfusion at a local hospital because he was “black” and could not be given “white” blood.

Charles Drew is a cultural hero of epic proportions yet, how many of us today even know who he was let alone what he contributed to our society, medicine and humanity?

Of course, he lived in a time where the pursuit, the endeavor itself was divorced from fame or monetary rewards.

It is sad that people mourn the oddball that was Michael Jackson while a man like Dr. Charles Drew is but a footnote in history.