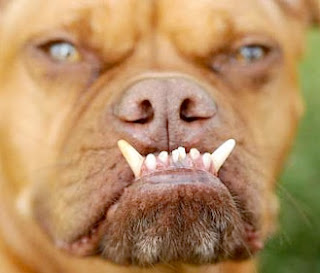 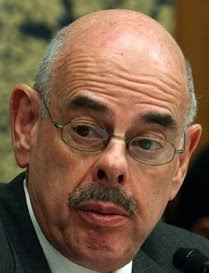 
ANYTHING
OTHER THAN ANOTHER MICHAEL JACKSON STORY

(June 30, The Rest of America) While the majority of the media remains fixated on exploring, examining, analyzing and, ultimately gloriously exploiting the death of an accused pedophile, seems to be fascinated by who actually fathered his children, where his will is or is not, a few other things happened today that have a far greater impact (maybe not) on our lives than the details of a freakish celebrity ever should, or would, if we were not so culturally infantile.

Today was Iraqi Liberation Day or, the milestone date in which Iraqi forces finally assumed responsibility for the security of their major cities. You might remember Iraq? We have had combat troops fighting and dying there since March 2003. As per the arrangement signed by George W. Bush, Dick Cheney’s assistant a year ago, today, American troops withdrew from the cities and front lines to “forward operating bases.” Anyone notice?

Yup, after over six years of a war of choice that has cost trillions in national treasures, thousands of dead US service men and women, hundreds of thousands of their colleagues left maimed, battered, and irreparably damaged, our forces have “stood backhand allowed the American trained Iraqi military take control of their country. Let’s see what happens next.

Oh, for those who were too involved following the ever evolving story of Wacko Jacko’s estate, after 8 months in judicial limbo, the State of Minnesota has a new Senator - Al Franken, a Democrat and former comedian on SNL. This should be good. At least we won’t need to see any more photos of that block-headed, Herman Munster look-a-like, Norm Coleman anymore. What an asshole!

Unemployment remains at near record levels across most of the country, gasoline prices are inching back up, the economy teeters on the edge of semi-solvency and total collapse but, at least, we now know Michael Jackson was gay, sick, drug addicted and not the father of his own “children”. As long as we all have that straight. Whew!

The title of “The World’s Ugliest Dog” was awarded yesterday and, unfortunately, the voting was rigged. California democratic Congressman, Henry “Pignose” Waxman was beat by a boxer-mutt mix...no, it was not Nancy Pelosi. It was a canine named Pabst. Sadly, Henry Waxman makes Pabst the mutt look like Sean Connery.


Speaking of rigged voting, Iran is still in an odd state of turmoil. Odd if you are protesting the results of the election - normal if you are a member of the repressive regime determined to quell the “dissidents”.

Let’ see, what else? The gay-lesbian-bisexual-transgender community is still pissed off at President Obama because he has not managed in his first 170 days or so in Office to appease their every wish. Fuck them.

The Grand Rabbi of the multi billion dollar Hebrew Ponzi scheme, Bernie Madoff, was sentenced to 150 years in prison. Mrs. Madoff did not take kindly to this sentence. Perhaps some Grand Jury in Manhattan ought to have a little visit with her?

Apparently confessed adultous Republican Governor, Mark Sanford of South Carolina felt compelled to tell us all that his Argentinian affair was not his only marital misconduct in the recent past. He admitted to “crossing lines” with “other women”. This from one of the most vocal and sanctimonious of Bill Clinton’s 1997 condemners. The official countdown for how long this holier-than-thou nutcase will remain in the Governor’s mansion has begun. He might not make it to The Fourth of July at this rate.

Another sarah Palin expose’ hit the stands with an article in the magazine Vanity Fair virtually skewering her, and everything about her short lived run for Vice President. She is the gift that keeps on giving although, to be fair, her family has taken far more crap from the media than is acceptable, except, she dragged them out onto the national stage along with her and, all is fair in love, war and politics.

As a public service TBC may provide other brief updates such as this during what will no doubt be a long, protracted period of voyerism and media hype while the Michael Jackson saga plays out for an indefinite length of time. Frankly, too much time has already been devoted to this tawdry, trivial story but, that won’t stop the cable TV newsertainment machine and the rest of the Hollywood media from grinding out blanket, 24 - 7 coverage.

Oh, by the way, the State of California is going broke, Billy Mays the ad guy died, there was a military coup in Honduras and Congress is waiting for their much needed July recess before returning to Washington and continuing their reign of apathetic legislation.