RANDOM EVENTS STILL OCCUR: NOT EVERYTHING IS CONNECTED


IDEOLOGY IS NOT POLITICS 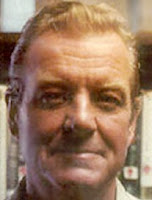 
(June 10, Washington, DC) Oh how the pundits and critics love this. Two isolated, totally unrelated events are somehow inextricably linked according to the blowhards and morons populating the cable TV newsertainment world. To follow the arguments made by some of the most rabidly insane, such as the spittle spewing, loudmouthed, buffoon, MSNBC’s Chris Matthews, these tragic events represent something “much larger, something in the zeitgeist like in the 60’s.” It is amazing this man and his equally idiotic colleagues have a national platform from which they spew unabashedly their own twisted interpretation of events. But, that is part of our cherished Freedom of Speech.

The story line he and his ilk foment is a convoluted, serpentine trail disallowing coincidence and randomness. An abortion providing physician is murdered in Kansas and, a mere 11 days later, a lone, known, Holocaust-denying, white supremacist, enters the Holocaust Museum here earlier today and opens fire. Let the conspiracies roll.

Make no mistake, those bullshitters on either side of the political divide are guilty of extrapolating and obfuscating. It all depends on the event du jour if it will be the blithering idiots on the Left or those on the Right. They employ identical tactics, throw around incendiary theories and concepts with little to no regard for truth and reality. They, who are the first to scream bloody murder at politicians who find themselves in their cross hairs, are as guilty of the same crimes, misdemeanors, deceit, manipulation and double talk as those they excoriate.

One of the fundamental mistakes all these bloviators are guilty of is not being able to differentiate between ideology and politics. The hate crimes recently committed are not rooted in “political positions” but rather in pure ideology. There are profound differences between them, often missed or, intentionally not identified.

Since the murder of the abortion doctor and the shooting here at the Holocaust Museum were perpetrated by men who have been well established as being aligned with the fringe ideology of the right, (small ‘r’ right), the Left (Capital ‘L’ Left) is having a field day making associations and moronically attempting to connect dots that are not connectable. They are presenting these and other recent happenings within a broader framework that they contend is representative of the right and / or the right. It goes something like this;

America has a Black President who some believe is not even a United States citizen. Others think he is a Muslim. These folks believe the Right wing tripe that Democrats will take away all our rights, our guns and ultimately our freedoms as they advance a socialist agenda. They will tax us, take over our businesses and banks until they have a total control over our lives. To these people “the government”, whatever that means, is simply out to destroy “our America, our way of life.” Among these folks, the election of a Black man was the rallying cry, the tipping point they had been anticipating to stand as proof of the end of our society as we know it. These hard core rightwing zealots may have some similarities to the Right wing Conservative movement but are in no way, shape or fashion an official or unofficial faction of it. These are people not driven by politics but motivated by the basest instincts of their ideology.

Their counterparts on the far left can be equally delusional and violent. Left wing extremists torch SUV car dealerships, new housing developments and factories in the name of environmentalism. These are the same “anarchists” who protest everything from the World Bank to Starbucks Coffee. These, too, may share some common ground with the political Left side of the spectrum but again, are not truly part of a political debate; they are, after all, self proclaimed anarchists.

So the extremes are defined ideologically yet, the political Right and Left use the extremists to promote their own narrow minded points or, even more dangerously, use the extremists on the opposite side as proof positive of their own righteousness. They bring a fiery torch to the seeping pool of gasoline that is public political discourse today. Then, they wonder what happened, how it happened, whose fault it is, what it means in a larger context, and what the “atmospherics” of it all means? These are the real lunatics but they are tolerated and even admired because they wear suits and function under the auspices of the major networks and media conglomerates. They are merely presenting their “informed, educated opinions.” That is absolute bullshit and any citizen who were to take a random sampling a the various newsertainment programs would soon identify the patterns, tactics and twisted metaphors each employs cavalierly.

Any commentator or pundit who tries to draw parallels between our society today and the troubles we faced in the 1960’s is either an imbecile or simply has never learned the basics of recent American history. Nowhere in this country are our inner cities riotous infernos. No massive sit-ins, violent protests and widespread civil disobedience are in evidence. The 1960’s were a time when a unique confluence of cultural, social, and geopolitical variables swept across what was, at the time, a basically innocent, naive country still somewhat basking in the triumphs of W.W.II and the incredible growth and expansion of “The Baby Boom” years. The 1960’s were a rude, traumatic awakening. We won’t be fooled again?

Today, despite our many profound and monumental challenges, the ever increasing gulf creating a more virulent brand of partisanship, and a the endless 24 - 7 media cycle were any and all persuasions will find an outlet that suits their tastes and fits their ideological needs, we have nothing remotely approaching the social environment of the 1960’s.

This is not to dismiss today's dangers or to downplay the potential for rising tensions and the forces that could be unleashed. Not at all.

A recent Department of Homeland Security (DHS) warned of ‘increased activity’ among far right extremist groups such as antigovernment separatists and others who feel disenfranchised for any number of reasons real or imagined. This report was lambasted by political Conservatives and those on the Political Right. The point is again, the extremists are not representative of the Political Right and when Left leaning commentators suggest they are, this causes an even more heightened sense of anger and resentment among those in the small ‘r’ right as well as the mainstream Political Right.

Words do matter. Words that are heard by the masses as well as by the lone wolves within our society harboring hatred and bitterness for reasons known only to them. It is far too easy to pigeon hole every lone wolf as being either an extremists from the left or right.

Law enforcement has long been aware of the potential dangers our first Black president would undoubtedly face as well as the distinct possibility for the higher levels of activity being seen out on the far fringes of the political divide. Fomenting violence, using code words or phrases specifically to incite violence has always existed in a hazy area between the Freedom of Speech and criminality. It is against the law to cry “Fire!” in a crowded movie theater; that is simple enough to understand. The kind of talk bantered about on both the Left and Right , in the “mainstream” media reaches a far broader audience than a group of movie-goers.

It is a shame that our media, the cable newsertiantment outlets in particular permit their personalities to grind their own personal axes on the air. More responsibility and common sense is required across the board. let our public discourse and debate be elevated out of the filthy gutters of narrow minded zealots striving for ratings rather than trying to inform the population. There is plenty of blame to go around. Since we cannot identify the lone wolves among us until it is too late, perhaps the cable networks should step up to the plate and reign in their yammering assholes.


Some divergent links (not even a small sampling):