ONE OF WASHINGTON’S OLDEST SECRETS
COMES TO LIGHT 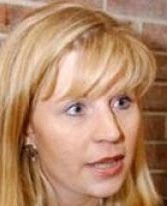 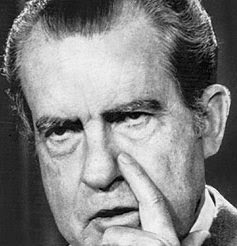 
(June 5, San Clemente, CA) The resemblance is uncanny. Before Liz Cheney, the daughter of the former Vice President, Dick Cheney, embarked on her media blitz defending her delusional father’s policies, few in Washington had made the connection. For years there were quietly whispered rumors insinuating that former President, Richard M. Nixon, had a very special although, at times volatile, relationship with the young House of Representatives intern Dick Cheney. Cheney served as an intern for the influential Congressman from Wisconsin, William Steiger, until he took a staff position in the Ford Administration.

Back in the mid-1960’s, Dick Cheney’s high school sweet heart, Lynn, was well known and highly regarded as a trollop in Washington, DC. In recently declassified papers and diaries, Patricia Nixon, First Lady while her husband was President wrote, “This hussy from, of all places, Wyoming, is trying to seduce my Dick. Let her find her own Dick elsewhere.”

Lynn Cheney had come to Washington as a barely competent attorney while being rabidly aggressive. She told friends back in Wyoming that she was determined to “sleep her way” into the upper echelons of the federal government.

It was in the early winter of 1965 that Lynn Cheney met, for the first time, Richard Nixon, who was , at the time considering a run for the Presidency in 1968. According to recently released documents, including several diaries of Pat Nixon, Richard’s wife, and a trove of private papers from the Nixon Library, it is clear that the young, sexually energized, Lynn Cheney began a torrid but brief affair with Nixon despite being married to Dick Cheney.

Over the course of several months in 1965 according to one of Richard Nixon’s private journals he “met this attractive young, naive hussy” and began spending “significant time with her”. Nixon’s journal notes that Mrs. Cheney often bitterly complained that “My Dick (Cheney) can’t even use his dick. He is pathetic. I pity him, have no love or feelings for him. That’s why I am with you Dick (Nixon), between the two Dick’s in my life you have the only one that works.”

Pat Nixon’s diaries indicate that she was aware of the affair but did not want to make it known publicly. She remained loyal to her husband’s political ambitions and, after confronting him about his affair with “that bold, empty-headed, little slut”, her husband soon ended the relationship.

The most surprising of all the details contained in the papers of the Nixon’s and Lynn Cheney is the fact that their brief affair resulted in a child, Liz Cheney. “Just look at pictures of them side by side. The resemblance is undeniable. I always was relatively certain that Liz was really Nixon’s child. Most Republican insiders at the time knew that that the up and coming politician from Wyoming, Dick Cheney, could neither get it up or come. It was somewhat of a joke . We all called him ‘Limp Dick Cheney’”, commented former Nixon Administration White House adviser, Pat Buchanan.

Perhaps the real victim in this tawdry affair is Liz Cheney herself; an illegitimate love child, sired by a paranoid, angry, devious political crook and raised by an unstable, delusional, paranoid, cowardly, megalomaniac, war criminal who lies out of a one sided twisted mouth. Small wonder that Liz is, as we are all beginning to realize, absolutely insane.

Every time Liz goes on TV to defend her father’s lies and spout her own she exhibits both her Nixonian nature and her Dick Cheney nurture. Even prominent Republican officials and conservative pundits have had more than enough of her blather. Washington Post columnist, Charles Krauthammer, a staunch defender of all things Dick Cheney and neo-conservative recently commented,”Liz looks like a poodle, has the mind of a slug, the personality of a festering sore and should be forcibly put into seclusion by the GOP.”

Other influential members of the GOP and RNC have expressed similar opinions. Republican national Committee Chairman, Michael Steele, no close friend of the truth recently noted, “Liz Cheney, when she speaks, she makes me look like Winston Churchill. I hope she stays out there as long as she can. I know she might be hurting the Party in the long run but, she takes a lot of attention away from me in the short run.”