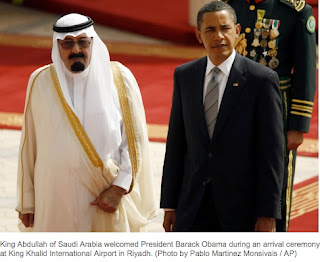 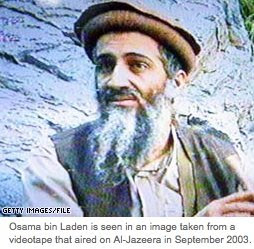 
(June 3, Riyahd, Saudi Arabia) Within hours of the most powerful man on earth, the United States President, Barak Obama, landed in Saudi Arabia to begin his five day Mid East trip, the most wanted fugitive on the planet, Osama bin Laden, released a video tape to Al Jezeera. Obviously Obama and Osama are each determined to make their mark, send very specific and disparate messages to the vast Muslim world. The stark difference between the American President visiting the Mid East for “talks” and bin Laden’s tape calling for “Jihad” against America and our allies is essentially: who has more influence, who does the Muslim world respect more.

The scrutiny on President Obama is as intense as could be given the host of issues he faces in this part of the world. Having taken office with two on going wars in largely Muslim nations, as well as the general instability among countries in the region stretching from Lebanon to Pakistan, significant challenges face the Obama Administration.

Of course, as has been true for decades, the apparently intractable conflict between Israelis and Palestinians remains the 800 pound gorilla in every room the President will interact with other leaders and talk diplomacy. Our staunch support for Israel since its birth as a nation has the entire Arab and Muslim world questioning, if not doubting, our credibility and the United States can actually be an honest broker involving any issue related to Israel. Israeli president Netanyahu just last week demonstrated his disdain for the “peace process” and the particularly sensitive matter of the expansion of Jewish settlements within the pre-1967 borders.

How the United States and its “allies” in the region will manage the “Iran Nuclear Issue” remains to be seen. There are divisions among Iran’s neighbors as well as the US as to how to have any meaningful sway with Iran. The mutual distrust between Iran, the US and our allies is deep and profound. Again this is a situation that will remain unresolved as long as the Palestinians are held in what amounts to criminal captivity.

President Obama’s visit to Saudi Arabia in and of itself speaks to the seriousness of the rising tensions in that region. Obama had not originally been scheduled to visit the oil rich, desert Kingdom, but altered his itinerary to allow for a brief stop here. It may have been mere symbolism but it seems to be a sincere overture towards establishing more cooperation between the House of Saud and the White House.

Trying to repair or rejuvenate strained, damaged and, in some cases, broken relationships with the Muslim world after the eight disastrous years of Dick Cheney and his sidekick george W. Bush, is a monumental challenge for President Obama. Hopefully his address planned to be delivered in Egypt tomorrow will set the proper tone and tenor for improved paths of communication, diplomacy and compromise between us and the rest of the world.