BIDEN PROVES TO BE PRESCIENT 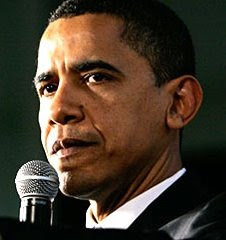 
(May 25, The Pentagon) The midnight oil is being burned here tonight as it has now for several weeks. Military and Intelligence officials gather around the clock to assess international geopolitical events that may expose a weakness in the Administration of our very popular President, Barak Obama - foreign policy.

Oddly, it was a statement from his then Vice-President elect shortly after their November 2008 victory that now appears to have been more insightful than it was at first glance. Joe Biden said that “Within the first three months of this Administration, this President will be tested.” It now appears that truer words had not been spoken.

President Obama suddenly finds himself having to handle a defiant North Korea that conducted an “ underground nuclear test” this past weekend. Regardless of what this test represents as far as North Korea’s nuclear capability, it is the latest in a series of international crises that seem to have caught the President off guard. Whether or not he is being “tested” by rambunctious foreign leaders is arguable. What is not are the facts that North Korea, Iran and the international community at large have not responded to the President and his policies as he had thought they would.

He returned in early April from the G - 20 Summit with little to show for his efforts. His outreach initiative towards the vast Muslim world community was met with a very tepid response. The United Nations and NATO have once again proven to be no “friends” of the United States and, just last week, the hard-core Zionist Prime Minister of Israel, Benyamin Netanyahu basically told Obama to “shove it.” With friends like these , who needs enemies?

While the President himself seems to be popular with world leaders, the damage inflicted on the United States reputation, credibility and adherence to the rule of law, is more than sheer personality and good intentions will overcome any time soon. The fact of the matter is we need allies more now than we have since the beginning of the ill conceived, war of choice in Iraq.

Afghanistan and Pakistan remain terribly fragile governments and Pakistan is facing an internal threat from the defiant Taliban that has broad security implications particularly since Pakistan is a nuclear power.

NATO has talked a good game with Obama but, when he made his request that more NATO member countries send additional troops into Afghanistan, his requests fell flat. As for the rabidly Zionist Netanyahu, he, like the entire State of Israel and ever regime they have ever had are distinctly not in America’s corner. Our relationship with them is so blatantly one sided that Netanyahu obviously feels no compunction whatsoever about thumbing his big nose at President Obama.

We are rapidly learning that by electing a new President who is seen as a vast departure policy-wise from his messianic predecessor will not provide sufficient impetus for the international community to be willing to answer some of our diplomatic and interventionists efforts; foreign problems designed by demonic Dick Cheney and his side kick, George W. Bush left over for President Obama to sort out.

Speaking of diplomatic efforts, the Secretary of State, Hillary “Soggy Bottom” Clinton has thus far shied away from the international heavy lifting choosing instead to be a good will ambassador at large rather than a strong advocate for Obama’s burgeoning foreign policy. This foreign policy should soon take shape, be developed and implemented as rapidly as reasonable, prudent; after some thoughtful White House debate.

What North Korea and Iran are demonstrating to the world is they do not respect the US or the paper tiger known as the UN; that sanctions mean nothing and are but symbolic and futile. As sovereign nations North Korea and Iran will control their own destiny without regard for the concerns of the international security.

The Obama Administration is facing serious situations that could quickly evolve into international crises without some new and novel approaches, approaches beyond the customary tough talk followed by appeasement.