THE BEGINNING OF THE END? 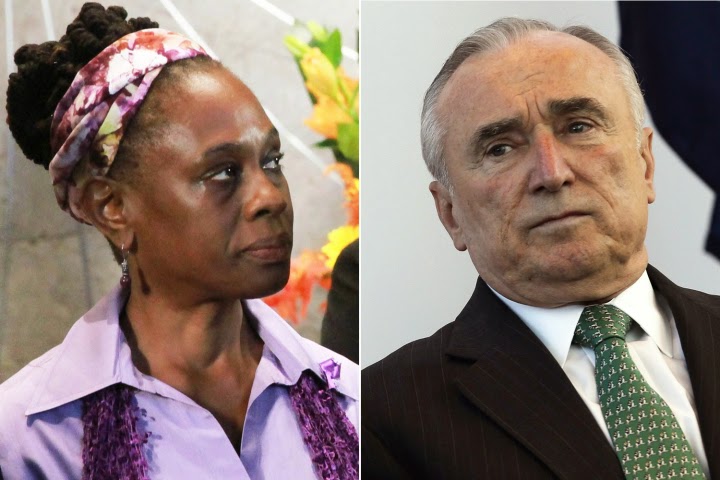 
IS THIS TOWN BIG ENOUGH FOR BOTH?


THE “TWO FOR ONE” MAYOR

(Monday November 3, 2014 NYC)  Anyone who was old enough to be paying attention to presidential politics in 1991 can probably recall when they were first introduced to Bill and Hillary Clinton.  During the arduous primary season Hillary gave Bill fits with her often offensive, tone deaf, spontaneous remarks about women in general and her in detail.  We learned she was a Yale trained lawyer who worked for one of the most prestigious law firms in Arkansas while her husband was in and out of the with her Arkansas Attorney General’s or Governor’s office for over a decade.  She was a smart independent well educated highly respected person in her own right and would not “stand by” her man nor be b locked out by his long political shadow.  As the nation soon found out after Clinton took the oath of office in January, 1992, the country had indeed elected “two for one”; Hillary would not be content to simply play the largely ceremonial role of “First Lady”.  Most of us can probably still remember the disasters she caused most notably her directing a White House task force that would develop a “health care reform initiative”.  It failed so miserably that she began to shrink as her husband’s stock continued to rise.

What New Yorkers have begun to learn this past weekend is that Mayor Bill de Blasio and his wife, Chirlane McCray will be more “Hillary-esque” in that McCray is now basically a Deputy Mayor.  The Mayor relies on her for advice in policy and personnel.  With no “official” title beyond First Lady, the Mayor’s wife routinely sits in on CompStat meetings as well as meetings with his Cabinet.  Mayor de Blasio calls his wife his “most trusted” advisor and while that may be good to keep their marriage healthy now that they are under the spotlighted scrutiny of the NYC media, it does not necessarily bode well for everyone.  Certainly the NYPD Commissioner, Bill Bratton is learning this the hard way and suddenly has to realize that his learning curve is steep.

Some very credible, highly regarded sources inside One Police Plaza have spoken anonymously not for attribution saying that Bratton and de Blasio had a very heated exchange last Friday in the wake of the abrupt resignation of Chief of Department Philip Banks.  McCray had never kept her views on Bratton close to the vest and it was widely known in the circles of power that McCray rallied long and hard to have Banks appointed as NYPD Commissioner.

While, like her or hate her, Hillary Clinton is an Ivy League trained lawyer so she did bring some measured consideration to her role as First Lady and within the Clinton White House.  Bill Clinton often boasted that his wife is smarter than he.  Her efforts at health care reform were so terrible that it took her several years thereafter to return to the public arena and at that time she announced she was running for Senate for an open seat in New York.

McCray, on the other hand is a self-described “poet, writer, editor, communications professional (whatever the hell that is) as well as an activist, community organizer and political figure”.  She was a long association with controversial activist Al Sharpton and was a paid speech writer on his staff as well as being vet active in his National Action Network.  The question here is, what, aside from being married to the Mayor qualifies her to attend top level meetings with the NYPD Command Brass and other City agencies?  Perhaps her insider access while move her to write poignant poems about Police Officers and Sanitation Workers.  Obviously her relationship with Al Sharpton has already given the formerly obese blowhard, now a slimmer, wrinkled, blowhard a seat at the table at the highest levels of our municipal government.

Bill Bratton, love him or hate him, has a long, if not impressive resume’.  Not a native New Yorker (a huge knock IMHO) he worked his way up from a Boston street cop to hold two of the highest municipal law enforcement positions in the country.  He was also a successful business man and sat on many corporate boards.  His return after a 20 absence from the scene here in NYC was seen as surprising by many while others views it right from the get go as a bad move for Bratton.  As long as there is festering turmoil in the corridors inside One Police Plaza and bickering with City Hall the morale within the ranks of the NYPD will continue to plummet.  Every Officer knows that the Mayor certainly “does not have our backs” and it appears Bratton will be at least in the short term spending his time and energies extinguishing the angry fires of political influence coming his way from City Hall.  In the meantime their remain a few top slots to fill upstairs in One Police Plaza and the choices he makes in the next few days will send a clear signal to the City and, most importantly, to the men and women of the NYPD.

De Blasio and Bratton have largely squandered the past 10 months and Bratton in particular seems to not have a coherent vision for the NYPD moving “forward” in a City that is now predominately minority.  There has been much talk about abandoning the “Broken Window Theory” of policing but, for some, that is akin to not going home with the one who brought you to the dance.  The entire issue of SQF remains oddly stalemated in legal limbo and one would have thought Bratton would step into the breach and set a course that the Courts would find more amenable.  But that hasn’t happened and it may be quite some time before anything does.

If Bill Bratton winds up serving out his four year appointment, that would come as a shock to many.  That de Blasio is almost certain to be a one term Mayor is just plainly obvious; he is way in over his head and his job does not allow much leeway for “on the job training”.

Posted by Brooding Cynyc at 5:08 PM

Overall, I can't disagree with your assessment of DeBlasio, his wife and Bratton. Although too often women are treated very differently than men in public life, Charlaine is no Hillary. She seems power hungry and has forgotten 9 as has DeBlasio) that she was not elected. Her husband was. All of them are going to learn a very hard lesson- you can't run a city like New York based on your personal agenda. Even Bloomberg learned that.

Hillary was most definiteoly not the disaster you make her out to be. Health care reform was as problematic back then as it was in the Obama Administration- that certainly was no Hillary's fault. And how is it, if she was such a disaster, that she ran for office and won quite handily. She also built a good reputation in government while in office. Millions of people hold her in great respect because she obviously is capable, extremely intelligent and has the experience. I find that people put an awful lot of hostility on Hillary, whereas if she were a man, it wouldn't happen.

DeBlasio's wife hasn't earned the respect to do the things she is. it's tough for wives of politicians- they aren't elected but their lives are now part of their husband's elected status. They are involved and invested no matter what.Most of them, like Michelle Obama and Laura Bush do good woks and behave with grace and dignity. Mrs. DeBlasio will need to learn where the line is between helpmate and liability. -dmj

Now, come on. Hillary's health care efforts took place behind closed doors and when she did produce her 1200 page plan she set back health care reform for another decade.

She was a carpetbagging, hand picked senate candidate specifically chosen to replace long time Liberal Pat Moynihan. She had an ocean of money available, won all the votes in the liberal bastions in the state: NYC, parts of Syracuse, Rochester and Rick Lazio was an unknown first term congressman who had no support even from his own party. Once Giuliani backed out of the race for "prostate" problems and marital woes, Hillary was all but guaranteed the victory. She was voted in,among other things, on a wave of goodwill from women voters who were sympathetic to her humiliations due to her husband's philandering and the Senate seat was sort of a "reward" for having stood by her man.

She never introduced a piece of legislation that went anywhere in the Senate and, of course, she voted for G.W. Bush's war of choice enthusiastically.

There is no understanding people's choices in politics except by using even the bluntest of instruments.

This is not a case of women being treated differently than men and to claim it is clouds the central issues in a way.

As Secretary of State Hillary traveled widely...more than any other previous Sec of State. And what did she achieve from all her travels? Absolutely nothing...not a thing. She was more of a USA Goodwill Ambassador sent out to make nice with all the world leaders G.W.Bush alienated and disrespected. Was she able to gt the Israelis and Palestinians to negotiate?...No. Did she do anything of substance in any hot spot in the world?...No.

I used her as a comparative tool by which to describe the de Blasio's relationship and the fact that Mrs. de Blasio is far too involved at the highest levels without qualifications beyond a wedding certificate.