MEDIA CIRCUS RAMPING UP IN FERGUSON 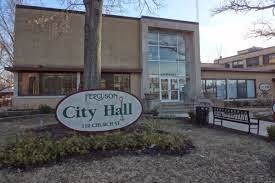 (Thursday November 20, 2014, Ferguson, MO) It’s a cool 36 degrees on the ground here and the night comes on fast.  People out on the streets are bundled up in heavy coats, woolen hats, scarves and gloves.  They seem to move at a faster pace in the cold then they did when this community made its original introduction to the rest of America.  Given the atmospherics here literally and metaphorically, this cold winter weather may come as a blessing for when “The Announcement” comes.  Of course we are referring to “The Announcement” as to whether or not the St. Louis County Grand Jury empaneled to hear and see the evidence in the case of the White Ferguson Police Officer Darren Wilson and decide if he should be criminally indicted for the shooting death of the young Black man who was unarmed, Michael Brown last August 9th.  For variously suspect to patently absurd reasons officials here from the Governor Jay Nixon down to the County and Ferguson Police Department Chiefs have been publically extolling all the “measures” they’ve taken to cover every possible contingency once the Grand Jury’s findings are made public.  There is a self-perpetuating element to this kind of lead up to a lead up to a possible event; preparing for potential public disorder and discussing it so publically in the media seems to be almost inviting trouble.

Perhaps the authorities see their public pronouncements as good public service as well as a warning to anyone, especially “outside agitators” who might want to travel to Ferguson, co-mingle with peaceful demonstrators and incite violence; violence against what is perceived as a “militarized” police force here in this community north of St. Louis.  There were some chaotic nights in the immediate aftermath of the death of Mr. Brown but it never evolved into full scale rioting.  It appeared at times that each side, the protestors and the Police were parrying with each other, collectively bobbing and weaving as boxers do in the early rounds as they try to size up and get the range on their opponent.  It could have gotten very nasty very quickly but neither side was really up for that kind of fight.  The 54 member Ferguson Police Department was clearly overwhelmed and, if only for crowd control purposes, needed the reinforcements from the St. Louis County Police, Missouri State Police and a small National Guard contingent to man an operations center.  The media presence, at times, appeared to dwarf the number of protestors as the days wore on.

Now the media have begun to trickle back.  They broadcast live on the evening “news” standing in front of boarded up businesses; businesses apparently expecting trouble to follow the Grand Jury’s findings. In this bizarre world we live today the media are often the story or they at least promulgate a nugget of innuendo, rumor, supposition or some “anonymous source” and conflate it into a story.  They no longer cover or report the “news”.  No, they are much more than pure journalists and reporters; they are TV personalities, celebrities and any corner of our culture any dark hole in society that they chose to illuminate with their klieg lights becomes news.

Yes, now they are back sticking microphones into anyone’s face that slows down enough to be ambushed.  Then again, there is something alluring, something magnetic about the idea of being seen on TV that is difficult to understand. It is akin to an intoxicant for many and a validation of something, (?) for many more,  We are a TV, media, Facebook, Skype, YouTube culture so perhaps it is understandable why people so eagerly appear on TV even in the midst of their greatest tragedies and losses. And, the media is fully cognizant of this fact.  They really need not ambush anyone except some sleazy politico caught with his hand in the bag trying to duck out the side door of The Capitol.  No, most folks seem to want to be on TV no matter the cause, purpose or how much of themselves, self-dignity or self-regard they will ultimately surrender.  Just look at “The Jerry Springer Show” or “Maury”.

So the celebrity reporters are trolling the streets speaking with locals.  They have found every gun shop in the greater St. Louis Area to report that gun sales have jumped by 700%! And that most of their newest customers are women.  Yes, this is the setting the media is preparing.

In the weeks leading up to a major pay per view prizefight, the broadcasting network will hype the event with what can seem like continuous airings of the fighter’s profiles down to the minutest details of their lives and careers.  Fights, prize or otherwise, lend themselves to hype, they are the physical confrontation of two men, mano y mano, on a grand and glitzy stage broadcast worldwide, wagered on and highly anticipated.  The hype is the vehicle to build anticipation.  As fight night drawers closer, the hype is knocked up a gear into overdrive and the anticipation is at its peak.  Often the fight does not come anywhere near matching the hype but, when it does, it is a special sporting moment in the most solo of singular sports.

For the last four weeks the newsertainment outlets have begun hyping an event that typically is not a reason for hype.  But, in the dizzied, never-ending, 24/7 cable news, breaking news, continuing coverage, live on location, breathlessly hyperbolic environment we live in, anything can be hyped regardless of whether or not it should be.  Hype impacts our lives at every turn and sometimes we fail to recognize that we are being fed hype.  Because the 24/7 worth of airtime to fill the cable “news” outlets need to make mountains out of molehills; they need to have a flashy graphic with appropriately moody music for the intro to “the latest development” despite the fact that the latest development has been the latest development for 8 or 9 hours.  The repetition of the hype and hyperbole provides the background din in American culture.

If there is one thing everyone in the Law Enforcement Community is well aware of is that the long, hot nights of summer, those humid sticky nights that top off the ends of blistering heat are the toughest times in the City.  The heat of passion is sometimes just the passion of heat.  So, in that regard it is fortunate that the Grand Jury findings will be released in the middle of the harsh November chill that has settled over most of the country and is certainly carried on the cold winds that come out of the northwest.

Ferguson on a night like this seems like a sodium arc lamp lit ghost town.  Very few pedestrians walk the streets; the few that do have their shoulders hunched into the collars of their coats against the cold.  The traffic is very light and all appears peaceful.  Smoke wafts out of chimneys and the houses and apartments are alit from within.  This weather does not seem very conducive to any kind of long term outdoor nocturnal demonstrations no matter what the findings are.

There have been reports that cities across America are preparing for some possibility of “isolated social unrest” in their Black communities if Officer Wilson is not indicted.  Those Officials in cities such as Cleveland, Chicago, Buffalo and all across the Midwest, into the northeast and down into Dixie will have the frigid temperatures on their sides; it’s far easier to get riled up and hoot and holler when it’s 85 degrees than it is when it is 20 degrees.

Hopefully those citizens who comprise the Grand Jury in this case have been taking their task seriously.  Most Grand Juries do. While not sequestered they have been instructed by the Judge to avoid any accounts of the case in the media but, naturally, they live in the real world, work in the real world, and cannot avoid all the coverage.  The best they can do is remain ever objective.  Objectivity and rigorous adherence to the facts, not disputed information, simply the empirical facts, will lead them to the truth.  Whatever that truth is or is not let it not be exploited by anyone on either side of the racial divide, the gaping maw of distrust between the African American communities and the Law Enforcement Community across this country.  There has been ample exploitation here already.

Posted by Brooding Cynyc at 1:22 PM