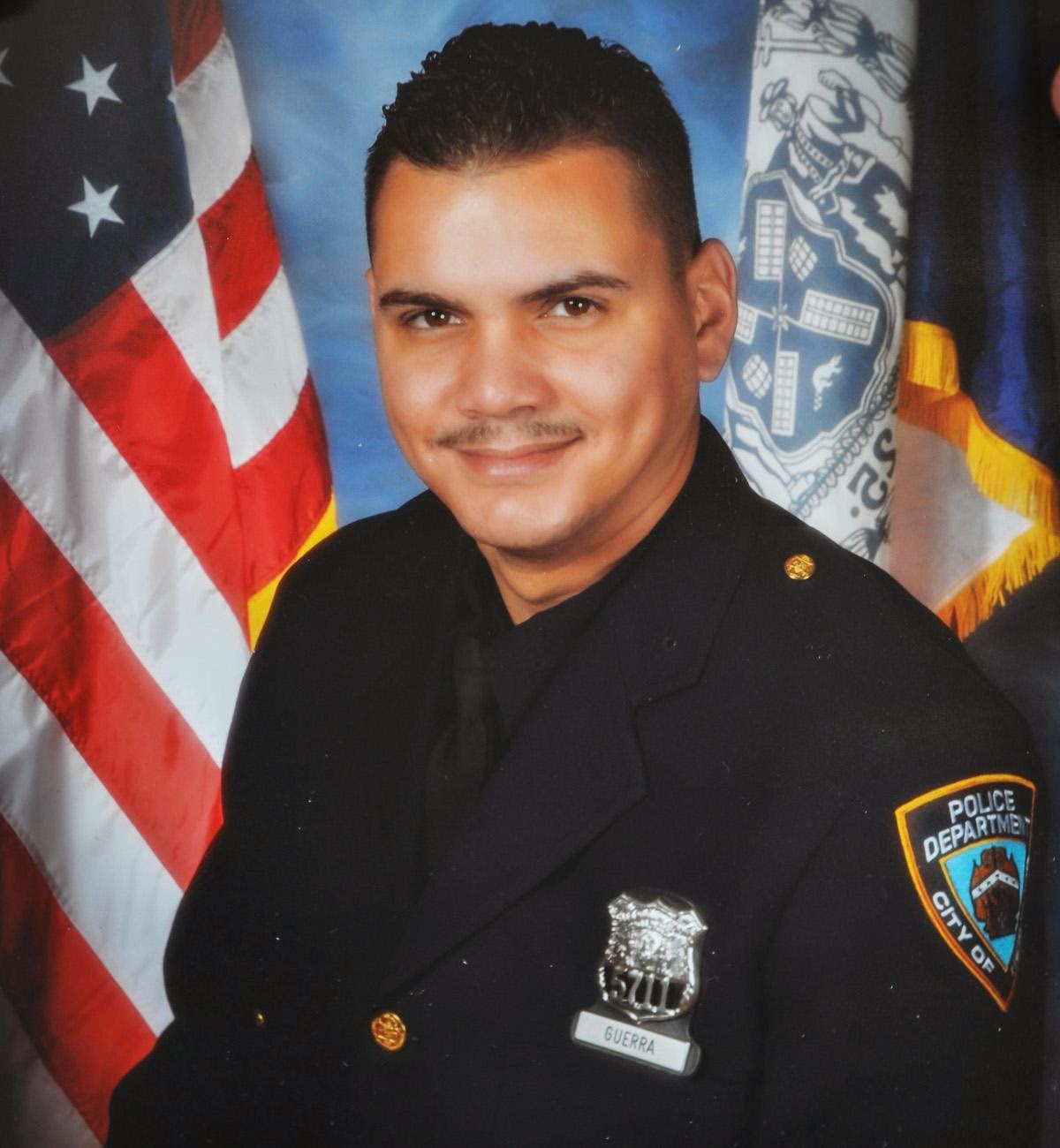 (Monday April 14, 2014 Rockaway Beach, Queens, NYC)  Two men separated by a generation, one honored and laid to eternal rest today, the other a man whose effort to honor is itself a source of contention. For some this inconsistency reflects the reality that New York is a tale of two cities but, it really isn’t.  It is more a single city of a million tales, of thousands of stories and neighborhoods, characters famed, infamous, known and anonymous.  This City has a storied history and every day new pages are written into that dense tome.  We have known great triumphs in our past and have suffered through dark days.  There is an almost homeostatic quality to this living, breathing beast of 10 million individuals, opposing forces and influences reflected in our governance and tolerance, in what we think we share and that which  we all will never have in common beyond the fact we can all identify as New Yorkers.  The unique dynamics that function like atomic particles and hold this City together as an entity somehow make it all work.  For the most part despite the ups and downs, it remains, we remain.  And there are so many stories.  This is a story of a date that will live in NYPD both as a day of infamy and a day of sacrifice; April 14th.

The briny scent wafting over the gathered mass of dress blue uniforms along the streets in Far Rockaway is a world apart from the urban scents of auto and bus emissions and ethnic foods on 116th Street in Harlem that seem to defy the fact that the Atlantic Ocean is just a few miles way. Two different worlds in one City:  the largest and most complex and diverse in America.

Here in the part of South Queens that many New Yorkers never venture out to, the strips of beachfront where Hurricane Sandy’s roiling tides and winds delivered so much deadly destruction not too long ago, a 38 year old man; a son, husband father and Cop, was laid to rest amid thousands of his fellow Officers looking like a human ocean of blue extending to the shoreline horizon.  NYPD Officer Dennis Guerra was buried after succumbing to injuries sustained when he and his partner responded to reports of a fire in a housing project building in Brooklyn.  As is customary for all line of duty deaths he was given the righteous, respectful send off by the NYPD he had served so well.

If a crow were to take flight on an ocean breeze current from here and land a few short miles to the northwest, it might alight atop a squat, stolid building with a plain concrete façade, the longtime home of NYPD’s 28th Precinct.  Exactly 42 years ago today another NYPD Officer, Phillip Cardillo was shot and lost his life in a line of duty death six days later.  He too was a son, father, and husband and a Cop but his funeral was not attended by the Mayor or Police Commissioner, no luminaries or politicians saw fit to pay their respects.  To this day an effort to honor Officer Cardillo with a mural to be painted on the side of the Precinct House parking lot wall and by renaming the segment of the block the 28th Precinct sits on after Officer Cardillo remains a “controversial” issue that sadly and obviously the new NYPD Commissioner wants to avoid.

One has to travel back in time to the City as it was on April 14, 1972.  Racial unrest had spread from the Deep South and was now being waged in cities across the northeast out to the west coast.  The peaceful “passive resistance” strategy championed by the Reverend Dr. Martin Luther King was not bringing enough changes in society for the younger generation of “civil rights activists”.  These younger leaders were far more militant, strident and aggressive than anything Dr. King could have imagined or condoned.  But, the Black Panthers and the Nation of Islam were taking up arms against law enforcement officer all over the country and, by Spring in 1972 the NYPD was in a low level hot guerilla war with these angry armed factions.

After a fake 911 call reporting Officer’s in need of assistance was placed from Mosque #7 on 116th Street, a Mosque lead by a firebrand Black separatist, Louis Farrakhan, where Malcolm X had prayed before the militants in his own movement assassinated him.  When two Police Officers arrived at the Mosque they entered only to be surrounded by a group of 12 to 15 men who beat and kicked them savagely and locked the doors so no one else could enter.  In the course of this melee one of the assailants grabbed Officer Cardillo’s weapon and fired at point blank range into the man’s chest.  Eventually other Cops gained access to the Mosque.  By that time all involved had taken refuge in the basement of the building.  While officers on the scene frantically tried to transport their wounded brothers to urgent medical care other Officers were making arrests in the basement.  On the street outside a large crowd had gathered quickly and before long a riotous atmosphere cast a dark pall over the block as one Police car burned and rocks and other items were being rained down on the Police from the surrounding rooftops.

Before long Louis Farrakhan appeared in the basement with Congressmen Charlie Rangel, yes THAT Charlie Rangel and, in no uncertain terms informed the Police Officers making the arrests that if they did not release the suspects immediately, the situation outside would intensify.  Essentially, these two characters dissuaded one of the top ranking NYPD members on the scene Ben Ward, yes THAT Ben Ward, to allow the suspects to remain in the Mosque while the NYPD was ordered to retreat.  This episode was not only a damaging milestone for our City, it remains one of the most raw, painful, insulting and contentious in the history of the NYPD.

Even now, more than four decades after Officer Cardillo was buried without the honor and respect that was due him for the sordid, dishonorable reasons of political expediency and to pacify the Black community.  To this very day all efforts to pay respect for his service and sacrifice by either renaming a segment of the street in front of the 28th Precinct or painting a memorial mural on the Precinct’s parking lot wall, continue to be rebuffed by the local Community Board on behalf of the small cadre of self-proclaimed, self-styled Black activists, African-American blowhards and a peanut choir of similar cooks and cranks who are adamantly anti-NYPD.  One of the Community Board members said that if Officer Cardillo’s death was going to be recognized in that neighborhood, on that block, that it would, “Open old wounds”.  Well, the members of NYPD past and present have been living with that same wound still open and bleeding.  Once again the cowardice of an Administration and an NYPD Commissioner is obviously a powerfully restraining force that has laid bare the distinct lack of integrity and propriety of Mayor Bill de Blasio and, even more sickening, Commissioner Bill Bratton.

Books have been written about the “incident” at Mosque #7 and, as a result of that event NYPD policy for responding to calls to any religious building or site was rewritten.  Now Officers on patrol cannot enter a religious building be it a Catholic Church, Synagogue, Mosque or other house of worship or temple, until there is at least a ranking superior on site.

Officer Guerra who was laid to rest today was not alive when Officer Cardillo lost his life.  Although 42 years separate their deaths, they are both members of a continuous, steady, storied lineage of an organization that honors its history and traditions as much as it does each man and woman who has ever served.

Officer Guerra died as a result of injuries sustained that are not common for Police Officers line of duty death.  But, that is irrelevant on this day.  He and his still hospitalized partner responded to a fire and it was the toxic smoke from that fire that felled them as quickly and effectively as shotgun toting thugs.  Since that fire the NYPD has already announced new protocols for Officers as “first responders” to a fire scene.  This is a case of fixing the fence after the herd has escaped but, it might save a future life.  It is difficult to say.

Policy and protocol do not trump courage, dedication and sacrifice.  What the members of NYPD respond to day in day out, 24/7, 365 days a year are as many and varied an array of scenarios as Officers in any other jurisdiction will ever see throughout their career.  That is not an insult to other Police Departments or Law Enforcement Agencies; it is the simple reality of policing in New York City.


Hopefully no one will read this as a comparison between the two Officers.  It is not; it is a statement on how even though the state of affairs in our City may vary from time to time, through good times and bad, one consistent, solid chain that keeps it all together is the continuum of the NYPD and its traditions and, despite the inherent danger the Job entails, there will always be men and women of good decent desire to serve.

Posted by Brooding Cynyc at 4:49 PM