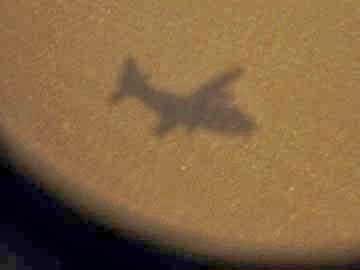 MISSING MALAYSIAN AIR LINES FLIGHT MH370:
IF SOME ONE STOLE IT: WHO AND WHY?
TIME FOR THE INTELLIGENCE AND COUNTER TERRORISM


COMMUNITY TO WAKE UP

(Friday March 14, 2014 Eagan, Minnesota) While it has been almost seven days since the Malaysia Air Lines Flight MH370 from Kuala Lumpur, Malaysia to Beijing, China “went missing” the search efforts seems more daunting than it was six days ago. Points and counterpoints, suppositions, innuendos and recriminations from military and civilian officials in countries throughout this region are being more hotly argued. With scant evidence of any kind to go on and, what evidence the Malaysian and Chinese governments may or may not have in their possession, they have not released for others to analyze.  But there has been enough leaked by various functionaries but even these highly placed confidential sources are reporting inchoate, often contrary information.

There has been a subtle shift in both the officials in  the Malay and Chinese governments as they have conceded that possibly the plane was “sabotaged”, “hijacked”, “stolen” (?), or some other nefarious feat has rendered the Boeing 777-200 all but vanished from the planet.  Perhaps there is something lost in translations between the different countries and ethnicities.  For example, employing the term “sabotaged” implies that the aircraft was in some way tampered with or otherwise programed to fail once underway.  Given the latest radar data made available, Flight MH370 veered very sharply west at approximately the same time the flight data recorder ceased sending telemetry to the ground.  Such an abrupt, sudden maneuver appears to be indicative of some “human” control, of a distinct intention to alter the plane’s course.  By the time the plane’s transponder stopped making “pings” with ground radar and tracking stations the Flight was allegedly determined to have passed over the northern tip of Malaysia and over the Malacca Straits.

For the sake of discussion let’s say the plane was hijacked, “stolen” if you like, now the possibilities have gotten everyone’s attention.  Not just anybody can fly a 777 with sufficient competence to execute some of the maneuvers that are being reported to have occurred.  Embedded within the telemetry, transponder and other sensory output devices on the aircraft and in her engines, is the indication that the plane flew an additional four, and perhaps up to five hours more after it went missing from ground tracking.  There is also evidence of steep and rapid alterations in altitude and course corrections that strongly suggest an experienced pilot was at the helm.

So now we have someone in control operationally, of the jumbo jet.  Was it their intention to land it somewhere and save it for later use in a terror attack?  Will is suddenly reappear on ground radar stations next week, next month or next year only to have it crashed as a gigantic airborne “dirty bomb”, or fully laden with more readily accessible conventional explosives?  You see where this is going.  It could at this very minute be hidden at some large facility in a remote portion of the already remote islands and atolls that dot the seas and oceans in that part of the world, being repainted and retooled for a suicide mission.  Once again the counter terrorism conundrum rears its evil head.  Intelligence, military and law enforcement agencies around the world have profound reasons to be concerned.

As was written here yesterday (http://broodingcynyx.blogspot.com/2014/03/flight-mh-370-conventional-hijacking.html)  if in fact this turns out to be the real scenario it would have required the participation of many people and the cooperation of authorities who could be bought or bribed or have their families held hostage until the mission is completed unless they do what the terrorists ordered of them.  A 777 requires an enormous runway construct on which to land and take off.  It would likely need to be refueled or, at, least topped off, depending on the target the terrorists have in their designs.  These facts would almost certainly suggest that this episode is a “state sponsored” terrorist act.  It is hard to imagine a feat of this scale, scope and technical sophistication succeeding without people with a certain “skill set”, without very specific knowledge and   aviation and technical experience.

SOME OF OUR EXPERTS

Within a few miles of each other in non-nondescript, largely windowless buildings along the roads of a sprawling industrial park with some of the streets named after famous pilots and astronauts  is the home of the most highly regarded airline pilot schools in the country.  Some of these schools offer flight simulator time for active commercial airline pilots as well.  It seems odd that there is this concentration of these highly technical schools and facilities just a few miles from the Interstates that loop around the Twin Cities.  But these elite colleges have been here for decades.  In many ways these colleges had to actively seek and attract students in the years between the end of the Viet Nam War and the “First” Gulf War.  Traditionally commercial pilots had received their training while in the military.  As our conventional military was downsized during those years the result was a shortage of young men and women being trained to be commercial aviators and those pilots the military did train left for higher wages to reap the rewards of commercial aviator’s salaries once their military obligations were over.

A leading instructor at one of these aviation colleges, who also serves as a consultant to some private airlines, spoke today under the conditions that neither his employers name nor his full name be used.  Once agreed, this gentleman, Walter, as he preferred to be addressed, shed some light on the as yet unknown fate of Flight MH370.  “First, I will tell you, the only way I am able to envision an aircraft of that size and weight and capabilities speed-wise crashing into the ocean without a trace are that the pilot, or someone, intentionally literally “nose-dived” it into the sea.  You know, by about this past Tuesday, I was already speculating that the plane had been commandeered by some country or group acting either with the consent of a government or on their own.  If this is the case, this is a very serious concern.”

Walter cut his aviator’s teeth in the heat of the Viet Nam War.  He flew 52 combat missions over Viet Nam between 1967 and 1968.  He was given his own Air Squadron and eventually returned to the cockpits of the large transport aircraft of the day.  He retired as a Colonel from the Air Force, spent another 12 years flying commercial jetliners from the DC-3 to the 747 and has been in his current position for just over a decade.  Walter continued, “It is the duty of all pilots to aviate, navigate and communicate. The responsibilities of a commercial pilot with upwards of 220 passengers aboard or, even one, are enormous and that is why continued training in simulators where we can throw all sorts of unforeseen problems at them to be solved is vital.  If somehow these pilots were compromised, directly or indirectly, well, it is difficult to say given how few facts we have to go on.”

It has been alarming to witness our Central Intelligence Agency (CIA) and other components of our National Security, Homeland Security and State Department to backslide into the muck and mire of complacency, ineptitude and narrow-mindedness that had them paralyzed prior to September 11, 2001. The sad state of affairs, as revealed by the 9/11 Committee and numerous scholarly and journalistic accounts, show a lack of any form of intelligence “sharing” between the CIA and FBI and also a pervasive environment of risk aversion that essentially rendered national security efforts as virtually useless.  One just needs to recall 9-11-01 and the story as reported in newspapers and on TV in the days immediately following the catastrophe.  It was a mere 24 hours before closed circuit video clips showed two of the hijackers boarding a plane in Portland, Maine. Officials in every agency involved bemoaned after the fact that, they had no way of knowing beforehand yet, within days, the identities of all the alleged hijackers were plastered across the front page of the New York Times. Oh yes, there were all sorts of dots not connected, all variations of information not shared, and “chatter” that would not be deciphered until well after September 2001.  The CIA and FBI not only blew their tasks regarding the 19 Arab terrorists who committed those and they have also been way behind the curve of virtually every important intelligence issue ever since.  They did not see the ”Arab Spring” arising just as they did not know Russian president Vladimir Putin was going to invade Georgia in 2008.  They were blind to the nature of the enemy in Afghanistan and Iraq just as they were in Benghazi.  With all these past recent years debating the National Security Agency’s (NSA) ability to collect and store “metadata” from American citizens, our Intelligence community once again finds they are involved in playing the dangerous game of “catch up”.

We are prepared to amend or retract all or portions of that last paragraph if the mystery of Flight MH370 ends by due course; that it is proven not to be a terrorist act, an incidence of hijacking or “piracy”.  If and when this plane is found and, it can be determined within a high degree of certainty, that there was no nefarious activity behind its demise, than we will not judge so harshly.  Let’s all hope that there was a mechanical or structural failure.  If it proves to be otherwise we will all be left questioning just how far we and other countries have come, regarding security issues.  We learned some crushingly horrendous truths post 9-11-01 and it would be criminally negligent if this mystery ends with that 777 crashing into some building in some city somewhere.  The mystery deepens with each passing day.

Posted by Brooding Cynyc at 7:00 PM