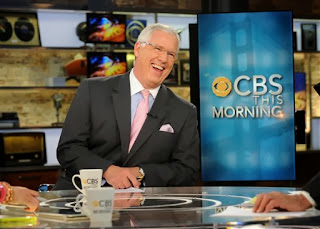 
JOURNALIST & CLOSE FRIEND OF BRATTON BACK TO NYPD, TRANSITION FROM KELLY

(Friday December 27, 2013, UES, NYC)  John Miller announced yesterday that he will be resigning from his job with CBS News to take a position as yet to be named, on Bill Bratton’s staff. There have been some rumors floated that Miller will have a position with the NYPD Counter Terrorism Unit although no one in a position to know is willing to confirm or deny these reports.  This is not the first time the former beat reporter for WNBC and ABC has left a position in journalism to follow his friend Bill Bratton.

Miller became somewhat famous while working for the WNBC local newscast in New York City.  In the 1980’s he became easily recognizable to New Yorker’s due to his extensive coverage and oddly cordial on-air relationship with former Mafia Don, John Gotti.  During each of Gotti’s trials Miller enjoyed almost exclusive access to the “Teflon Don”, a moniker that Miller helped to promote.  There were many who credited Miller’s nonstop obsession with Gotti for helping Gotti, himself, a convicted killer, to become a household name throughout the New York City Metropolitan Area.  Miller used his access to Gotti to help the mobster to wear the persona of a local hero in some parts of the City, particularly in Little Italy and Brooklyn.  During those years however, many in the NYPD Organized Crime Task Force began viewing Miller as a shill for one of the most notoriously violent, ruthless, coldblooded Dons of La Cosa Nostra in the long and storied annals of Italian organized crime in NYC.

Miller enjoyed his notoriety and was often found late at night in some of the swankiest watering holes and restaurants of the Upper East Side.  When Mayor Rudy Giuliani appointed Bill Bratton as his Police Commissioner, Bratton tapped Miller to fill the post of NYPD Public Information Officer which was quickly re-designated as Deputy Commissioner for Public Information.  Bratton and Miller had become fast friends when Bratton was the Chief of the NYPD Transit Division a few years before becoming Commissioner for the first time.  Both men enjoyed the fine wining and dining they saw as the well-deserved “perks” of their jobs in One Police Plaza. In those days it was not uncommon to see Miller belligerently intoxicated, rude and boisterous waving around his Deputy Commissioner’s “Gold Shield” which is a grievous insult to members of NYPD and embarrassing for all to see.   As it turned out, Mayor Giuliani came to feel overshadowed by his Commissioner and asked for Bratton’s resignation.  Miller returned to his career as a journalist and his most famous coup was a sit down face to face interview (Link below) in 1998 with a lanky, soft spoken bearded Saudi millionaire living in caves and Bedouin-type tents in the rugged mountains of Afghanistan.  In that interview Osama bin Laden announced to the world his evil intentions but no one in our government took him seriously. In a few short years we would all bear witness to bin Laden’s commitment and handiwork.

JOINED AT THE HIP

While Bratton was making a very substantial living in the private sector as a consultant, Miller once again returned to TV journalism. In 2002 the newly elected Mayor of Los Angeles, James Hahn appointed Bratton as the Chief of Police of the perpetually troubled LAPD. Bratton named Miller as LAPD's chief of counterterrorism and criminal intelligence despite the fact that Miller was woefully unqualified for that position. Bratton’s tenure consisted of two five year terms that were viewed positively as his methods and tactics, the same he implemented under Giuliani in New York, did in fact reduce crime and reform much of the LAPD.  There is little known about Miller’s performance in Los Angeles aside from the fact that his ego and abrasive manner often found him alienated from the rank and file of LAPD and some members of the local press corps.

When Bratton was denied the opportunity for a third term as LAPD Chief he once again found himself in a lucrative position working as a security consultant and keynote speaker on the circuit.  The former Boston street cop was travelling the world over and apparently enjoying the rewards of his years of public service. After Bratton’s departure from LA, Miller was appointed as Associate Deputy Director of National Intelligence for Analytic Transformation and Technology.  Prior to that, he was an Assistant Director of Public Affairs for the Federal Bureau of Investigation (FBI), where he was the bureau's national spokesman. Once again there is little known about his on the job performance in these postings but many former employees felt he got his high ranking positions via “personal and professional connections” and that “good people were passed over” to fill those jobs.

Once Bill de Blasio won the Mayoralty here last month it was just a matter of weeks before de Blasio named Bratton as the new Commissioner of the NYPD.  For many long time high ranking NYPD veterans, members of the “Upper Brass” and other observers, it was believed the appointment of Bratton was inevitability and would allow Miller to ride Bratton’s coattails back into a position of prominence in NYPD.  For the better part of the last 20 years, for the most part, where ever Bratton has gone Miller has followed.

As was reported here and elsewhere on December 19 two of Ray Kelly’s top staffers, Deputy Commissioner for Counterterrorism Richard Daddario, and Deputy Commissioner of Intelligence David Cohen were resigning effect immediately after Bill de Blasio is sworn in to Office.  The contributions these two men made to our City cannot be measured or quantified; they created the most effective and efficient municipal urban Intelligence Division and Counter Terrorism Units in the country if not the world.  Their absence will leave gapping voids in two of the most important Commands in NYPD in our post 9 – 11 world.  The notion that John Miller may be named as a replacement for one of these men is, as a Counter Terrorism Detective commented, “Absolutely ludicrous and, if it happens, it will be a huge, very large blunder on Bratton’s part.  I mean, these Units did not even exist as they are now when Bratton was here in 1996.  He has some very big shoes to fill and needs to fill all the vacancies that resignations and retirement are causing”.

The real issue at hand is not Bratton’s qualifications to lead NYPD but rather if he will have the same priorities that Kelly honored.  Certainly he will be quickly at odds with Mayor de Blasio given the fact that much of de Blasio’s campaign rhetoric and “promises” to the “minority” communities are diametrically opposite of Bratton’s philosophy, strategy and tactics he has employed in the past.  It is doubtful Bratton will morph into a “kinder, gentler” Commissioner just because de Blasio has repeatedly stated his intention to reform NYPD and broaden the scope of the Civilian Complaint Review Board (CCRB), revamp the “Stop, Question and Frisk” policy that has engendered so much animosity towards NYPD from factions of the African American and Latino population and otherwise make changes that will no doubt, if enacted, drastically alter the operations of NYPD as a whole and some of the most specialized Divisions and Units specifically.  Our city can ill afford a prolonged transitionary period from the Kelly era to the new Bratton regime.  Only time will tell if de Blasio made the proper choice with Bratton and if Bratton’s friend and ally, John Miller, is really up to the task.  Hopefully we’ll not learn the hard way.

Posted by Brooding Cynyc at 1:55 PM