THE DAY BEFORE TOMORROW 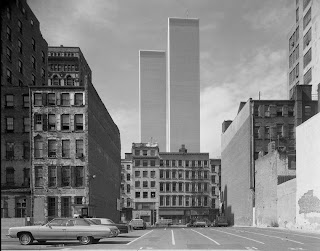 (Tuesday September 10, 2013, Wall Street NYC)  It has almost become a cliché to say that September 11, 2001 changed America.  Any changes the public may have endured rapidly came to be perceived as inconveniences.  Yes, we have seen changes in specific aspects of our lives such as the strict screening process that has become a fact of life for those who travel by air but largely life for the majority of Americans has simply gone on. Aside from the immediate survivors who escaped the burning Twin Towers and Pentagon and the families and friends of all those who perished, the members of our Armed Forces and their families have born the great brunt of change.

There are a host of tangential issues that have come to dominate political discourse each of which is touted as part of the government’s efforts to increase security.  In retrospect it is clearly evident that there would be some major enhancements to public safety and security after the perpetration of the attacks on our soil 12 years ago tomorrow. How could there not have been?  This far out from that day and the immediate legislative and military initiatives enacted by the Cheney-Bush Administration some of those measures have taken on a more sinister connotation than ever intended.  But that is beside the point today. Today, 12 years ago today, should be the point of reference by which to assess all that has subsequently transpired.

As it is on any given business day, these streets in Lower Manhattan are a bustle of frenetic activity.  This narrow network of blocks are home to such venerated financial institutions including the Federal Reserve Bank, the New York Stock Exchange, NASDAQ Stock Market  ("NASDAQ" originally stood for National Association of Securities Dealers Automated Quotations), and the largest banks, brokerage and bond houses, insurers, underwriters, and all manner of associated enterprises. As much as Wall Street is an actual thoroughfare it has come to represent the American economic and financial center.  Thousands work in this crowded neighborhood arriving each morning from ferries, buses, and taxis, subways.  An almost large of a force work here in cafes’, lunch counters, restaurants, bars, sandwich shops, diners and street vendors feed the tens of thousands who work in this congested pocket of Manhattan.

Twelve years ago today this neighborhood was as bustling and busy as it ever is.  If there was a way to travel back in time and ask anyone in this neighborhood, anyone who worked in the World Trade Center plaza or the Twin Towers if they thought that this day would be their last; arguably very few might answer in the affirmative.  The undeniable specter of death is typically not in the forefront of the consciousness of people in good health employed in non-hazardous jobs.  Perhaps it is human nature or some inherent psychological immunity that permits us to live our daily lives not cowering in fear cognizant of the reality of our own death.  For the majority of us we do not recognize daily the existential posed by modern life and, when and if we do, it tends to be a fleeting moment of introspection usually triggered by the death of a loved one or someone we are close to.

There is a tenet in virtually every religion’s holy book extolling the believer to “Live each day as if it is your last”.  An inspiring sentiment, a noble goal but so easily unattainable given the amount of time and energy most of us consume pondering such an ambitious way of life.  We rarely, if ever, contemplate the precarious nature of our lives and the randomness that pervades our day to day existence.  How many of the men and women work walked into the World Trade Center towers 12 years ago tomorrow mused about their death?  How many of the Members of Service from the Fire Department of the City of New York (FDNY), the New York City Police Department (NYPD, the Port Authority Police (PANYNJ), and other first responders were actually struck by the notion that they might die on that day?

Outside the confines of hospital wards tending to the most ill patients the thought of impending demise is rare.  Yet death, by whatever metaphor we choose to call it is an omnipresent viewer on the sidelines of all of our lives.  Perhaps, if nothing else, the events here on September 11 2001 have prompted people in the New York City Metropolitan Area to give a few moments thought each day to the fleeting nature of time and the inexorable reality of death.

Tomorrow we will mark the 12 year anniversary of that dreadful day; we will mourn for all who were lost and taken from us and maybe even give some small offering to the cosmos in prayer for understanding and solace.  For some of us it will be yet another bitter day as full of venomous anger as it was 12 years ago tomorrow.  Yes, an atrocity took far too many of us and the heartache of that event will never fade.  It may dissipate somewhat just as a painted surface loses its luster after so many years exposed to the elements.

On this day 12 years ago none of us could have imagined the horror that pended just a sunrise hence.  Perhaps the true story of that day, of those who perpetrated that series of crimes will never be fully known to the public.  This deficiency of certitude remains that which leaves wounds open, raw, and festering.  All we do know for sure are the faces and the names of those who lived their last full day of life on September 10, 2001 and we should honor their deaths and always consider them to be the first casualties of a war with no end in sight.

May God Bless and Keep all who perished.

As always, Mr. Brooding, beautifully written and moving. So many people say the words "Never forget" and it really is jsut a motto to them. But you understand exactly what it means and that those 2 words are just the front for a thousand others. Thinking of you today.--DMJ