FROM CRUISE MISSILES TO CURSORS:
THE EVOLVING FACE OF THE HARDWARE OF WARFARE 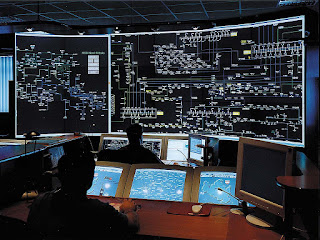 (Tuesday May 28, 2013 Washington, DC)  In this day of ultra-high tech warfare, drones, “smart” bombs and all the sophisticated military hardware and software in the United States arsenal, why is the most recent episode of Chinese hackers breaching some of most sensitive defense networks not the front page leading story in every newspaper and every newscast in the country?  Given how much of our national security and military systems exist in cyberspace, the fact that Chinese hackers have once again been able to gain entry to these networks and steal information about our most closely guarded secrets arguably, can be perceived as an act of “war”.  This latest intrusion by the Chinese into our military networks has perhaps been the single most significant incursion of its kind.

For years now there have been officials in the Pentagon, FBI and CIA warning of the real and present threat of a “Cyber Pearl Harbor”; a massive sneak attack on a particular military network that could render some of the most advanced weaponry in our arsenal useless.  The same threats exist to the networks controlled by the private sector such as the big banks and financial institutions that conduct billions of transactions daily in nanosecond long bursts through the intricately interconnected global economy.  The private sector in America also owns virtually all our utilities, electrical grids, water delivery systems, transportation that moves people and goods around the world.  So much of Americas vital infrastructure that is totally reliant on computer hardware and software is privately held that anyone could suffer a cyber-attack and not even report it to government officials until well after the fact.  In this sense a cyber-attack is similar to the “not immediately seen’” dynamics of a biological weapons strike.  In both cases it would take days if not weeks for evidence of a strike to manifest itself.

Conventional weapons are overt; their affects immediately seen and felt.  This is simply not so if an attack were to be launched by a foreign or, for that matter, a domestic adversary.  Yes, given the particulars of any given malicious foray into our networks, it might be immediately obvious that someone has done something.  But it could take long days before the nature of what would seem to be some ‘glitch’ or systemic dysfunction was in fact recognized for what it really was – an attack from the outside.  Just as if a biological agent were to be introduced into a population it would only be recognized after the incubation period of the specific biological agent passed and people began appearing in doctors’ offices and hospitals in unusual numbers with very similar symptoms.  The medical surveillance effort that all hospitals participate in since the terrorist attack of September 11, 2001 serves as the mechanism by which a biological (or chemical) attack has been perpetrated.  These are just some of the challenges that keep government and private sector security officials up late at night.  Since time is always of the essence when an attack or violent crime of any kind has been made, the very nature and dynamics of the cyber world and epidemiology take more valuable time to reveal themselves.

Vigilance, constant, rigorous monitoring of our networks is the single most important step that can be taken to thwart would-be hackers.  Despite best efforts up to now the Chinese, Iranians, and a host of “non-state” entities have made numerous incursions into all of our networks.  Some of these incursions appeared to be simple exploratory raids to test the vulnerability of a network while others, such as this latest full frontal assault by China, was a blatant act of hostility and theft.  The intelligence they extracted from the military networks they breached provides them with a wealth of information that affords them a distinct advantage if we were to deploy certain weapons systems in a conflict with them.

A LINE IN THE SILICONE

Presidents and Prime Ministers are fond of using metaphor to describe criteria for military action.  In 1990 then President George H.W. Bush drew a “line in the sand” indicating how far Saddam Hussein’s invading Army could go in the invasion of neighboring Kuwait before Bush intervened militarily.  More recently Israeli Prime Minister Benjamin Netanyahu showed a chart to the UN General Assembly with a “red line” that allegedly represented how close Iran is to having nuclear capabilities.  All sorts of DMZ’s, red zones, buffer zones, security fences and other similar boundaries are easily erected and defined in the physical world.  The question is fast becoming for this President, what it the threshold criteria that must be met before he takes some form of action against these hostile Chinese cyber warfare raids?  What is the proverbial “line in the silicon” to be drawn and where does it exist in terms of constituting predicates for retaliation?   If the Administration, Pentagon of Military Cyber Command has established such a “tipping point” they have yet to say so publically.  Perhaps there has been back channel communications from our State Department and the White House to the Chinese government; at least one would hope so.  Arguably and, to many in the Military, China has already crossed that nebulous line.

An equally salient question to be asked is what sort of line in the silicon has been established in the private sector?  Clearly this is a very important question because, as previously written, the private sector owns and operates the majority of our computer networks and many of them have already been attacked.  There is the possibility if not probability that the private sector would retaliate covertly without so much as informing the appropriate government agencies they have done so.  After all, they have so much at stake; the security of the entire global banking, investing and financing apparatus is just as important to protect in many ways as are the military systems.  Any large scale attack on the financial sector could immediately send our already shaky economy plummeting into rapid ruin. Such an attack would be as effective in crippling America as was the atrocities of September 11, 2001.  Fortunately, in that case, the financial and transportation institutions recovered quickly after only a short delay.

It may very well be that our ill-fated, ill-conceived, preemptive war of choice in Iraq will mark the last war where there was a large conventional fighting force deployed overseas to fight an asymmetrical war from city to city, often from street to street and across vast open valleys and desserts.  Our technologic superiority and advancement has effectively all but eliminated the need for such full-scale troop deployments.  Certainly conflicts ahead will at some point require our troops to do battle in far off lands but they will be a much “leaner” fighting force consisting primarily of Special Operations Forces.  As is demonstrated weekly our utilization of unmanned drone aircraft is a very effective means of both offense and defense.  (The legality and morality of armed drone strikes in sovereign nations has yet to be fully vetted.  See http://broodingcynyx.blogspot.com/2013/05/obama-redfines-war-on-terror.html ).

We have for many decades possessed the capability to engage, neutralize and kill combatants – be they nation/state armies or terrorists – from afar.  From the huge nuclear stockpile assembled throughout the Cold War to Intercontinental Ballistic Missiles (ICBM), Long Range Cruise Missiles and the entire array of ever advanced “smart bombs”, Laser Guided Munitions, satellite based reconnaissance, drones and all the rest, our technology has made it possible to remove our troops from the field as never before imagined.  There are positive and negative outcomes that are still being defined as new metrics are required to assess their effectiveness, efficiency, and costs.  Being able to “reach out and touch someone” from half a world away is a daunting reality to our adversaries no matter who they may be.  But, in this age of asymmetry, as we have seen, a small band of committed individuals with some technological skill, funding and basic computer equipment can be as lethal as any physical weapon.

All levels of our government from the Military, Intelligence, National security and Law Enforcement agencies need to step up their games and recognize what these repeated hacking episodes represent; they are more than warning “shots across the bow”.  They pose a real and present danger to our security just as does any belligerent provocative military actions conducted by a nation who opposes us for whatever reason.