ANOTHER DOPE KNOCKING ON THE DOOR 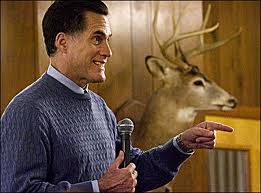 Perhaps it all began with the election of Ronald Reagan to the Presidency.

Somehow the amiable but hardly worldly Reagan had managed to capitalize on his experiences in radio and film, Hollywood B-movie career, several terms with the Board of Directors of the Screen Actors Guild and his stint as a corporate mouthpiece for General Motors into a viable political persona.  The times and circumstances of 1967 vaulted him into the California governor’s mansion, an office he would hold until 1975.

His popularity as California governor, coupled with the political acumen, resources and financial backing of a close knit group of supporters, Reagan made his first run for the White House in 1975.  This campaign ended in defeat as the incumbent, Gerald Ford went on to win the GOP nomination only to lose to Jimmy Carter in the general election of 1976.  As President Carter suffered through hard economic times and a host of intractable problems at home and abroad, Reagan was waiting with his cronies in the wings ready to have a run at the White House once again.  This time he would emerge victorious over the hapless Carter and he took the oath of office in January 1981.  He had finally arrived in the “big time”, the biggest of the big time.

What had largely eluded him in all his past endeavors, during his journeymen career in broadcasting, TV and Hollywood was now his: success.  Through the sheer force of his communication abilities and the skill of his cadre of political advisers, the perpetual pseudo-star was now the most powerful man on the planet.  Yes.  America had elected a personality, a self-created and promoted product embraced by the media at a time when the entire country seemed mired in a funk.  Now the half-witted co-star of the idiotic “Bonzo” movie series was the Commander in Chief of the United States, and the politics of the Presidency were forever changed.

Reagan’s ascendance to the presidency clearly demonstrated a new reality in American history and politics; the once unwritten yet vitally important prerequisites for the position were diminishing and on their way to being antiquated.  The door to high elected office in America was no longer beyond the reach of men and women who had not spent their lives in governing, politics (as it was prior to recent times), and lacked the once considered vital attributes of experience, intellect and some deeper measure of gravitas the Office of the Presidency demands.  Arguably the United States had previously seen unprepared, unqualified men in the White House.  Perhaps in a less complex world that was not as hazardous as it had become by 1980.

For all the overblown credit Reagan is given today by conservatives for sheparding the United States to victory over the paper tiger that was the USSR by the time the Berlin Wall fell, he was simply at the right place at the right time and able to take advantage of the circumstances, claim credit for events he had little influence over in any significant way.  The “Great Communicator” was just that, an empty vapid vessel easily filled by those surrounding him.  His Cabinet and inner circle were the true ideologues and possessors of power; Reagan simply read their speeches, espoused their positions, and gave a fatherly face to what was a distinctly non- paternalistic administration.

As we would later learn Reagan was already addled by the onset of Alzheimer’s Disease and had probably not so much as even presided over his own administration much less the actual affairs of State.  But, America survived, progressed, prospered and readily accepted the media produced rhetoric and imagery of the great “Gipper” who had brought a new morning to America and singlehandedly made us the great shining City on the hill.

If Reagan broke the glass ceiling for mediocre men and minds vying to sit in the Oval Office, the election of George W. Bush forever cemented this new reality.  Now, in 2000, the Supreme Court had blatantly usurped the will of the American people and had quite literally handed the presidency to a man of such stunning lacks and weaknesses that out history would be forever changed and not for the better.

George W. Bush was another “product”, a product of money, connections and the ambitions, agenda and influence of his behind the scenes benefactors, donors and those who saw him as the amiable buffoon that, once they managed to get him into the White House, they could manipulate like a puppet on a string and that they did. The rest is history.

Now once again we find ourselves with the possibility of another “product” in the White House.  Despite the fact that he has been running for the Office since 2007, Mitt Romney remains so grossly unqualified and ill equipped for the Office he has so desperately, single-mindedly and hungrily sought for so long that he actually makes George W. look like a statesman in comparison.

Mitt Romney is most definitely a product of our times, a byproduct of our mindless culture of celebrity and status.  Mitt Romney is the Paris Hilton of presidential politics at the moment.  He is the GOP’s avatar so devoid of any centrally held guiding principles, ideology, character or other traits that one would hope an aspiring president would possess in evident abundance, that it is only due to the visceral hated of Barak Obama by Republicans and a large segment of the populace that he is even still close in this race.  But much of that is another story.  He is there, he is within reach and that should frighten thinking Americans everywhere.

Posted by Brooding Cynyc at 4:16 PM