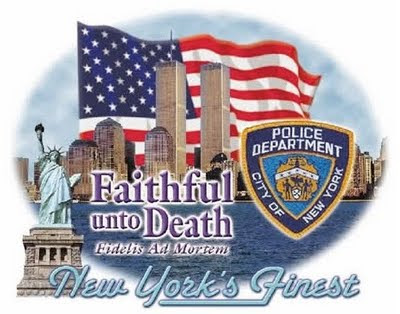 OUR SOCIETY IS IN DISTRESS: LAW ENFORCEMENT MEMBERS ARE BEING KILLED AT AN UNPRECEDENTED RATE


(May 1, 2011. NY, NY) Their names and locales are as diverse as is our Country and the jurisdictions they serve. Men and women from the largest, sprawling urban megalopolises to the smallest rural counties and towns are part of a tragic litany. That they are being killed, murdered actually, at an alarming rate seems to not have the newsworthiness the media animal requires to be fed. While each of these heartbreaking fatalities individually have been headline news in their respective localities, collectively they have yet to resonate nationally.

No sector of the Law Enforcement Community (LEC) seems to have been spared. Agencies and Departments at the federal, state, county and municipal levels have suffered in the "Line of Duty” (LOD) deaths; so far, this year, alone, 65 Members of Service (MOS) have died “On The Job”; (OTJ) 32 of these fatalities were from gunshots. No, this is not going to be a rant about “gun control” or access to firearms. Neither will this be a sweeping indictment of the failures, in many cases, in mental health availability and affordability. Those are valid topics for another time, another discussion but not at all relevant to this particular discussion of facts.

This is more about society, our society, America's society as of late April 2011 - where we as a society have been, currently are and, perhaps, in certain respects, where we are going.

There is inherent in our society a contract, a compact or, perhaps a covenant that we collectively abide by. We are a nation of laws and, as such, most of the populace abides within the constraints of that concept. Most folks don’t steal, rob, assault, rape, murder or otherwise “break the law” not because they are disinclined. No. Most live their lives within the well defined boundaries of “The Law” for fear of getting caught. Some might argue that this sentiment is a poor reflection of our society. Those that would argue that most people are disinclined to break the law are so predisposed not for fear of discovery but rather because they are simply disinclined - they are “good, honest people”. It’s a tough task to argue to the contrary but, given the tone and tenor of today’s America, it has become more difficult to believe. Those in the LEC struggle mightily with this issue, daily, sometimes hourly.There exists among members of the LEC the notion that we constitute a “Thin Blue Line”. This notion or, actually, a belief, is that given the size of our population juxtaposed against the size of the LEC, the ratio is so disproportionate as to be as frightening as it is perilously inefficient. The concept of “The Thin Blue Line” is representative of the fact that the LEC constitutes the fabric of our society that connotes “The Law”. It is this knowledge of the existence of “The Law” as an intricate component of our society that maintains the level of order that permits us, collectively and individually, to live out our daily lives free of the burden of fear, of impending anarchy.The stark fact is that roughly 10% of our population is responsible for 100% of the crime that plagues us. Perhaps that fact makes the challenge to the LEC a fairer fight. Who knows. Crime is more familiar than it is random. The overwhelming majority of homicides, for example, are perpetrated by people known to each other. Stranger on stranger murder is far rarer than TV shows and popular novels lead us to believe. Yes, oh yes, there are predators, serial killers, sexual predators and every variety of emotionally deranged persons (EDP’s) who roam our streets in communities large and small. They will always be there, they always have.

America today is home to almost 310 million people. The LEC numbers approximately 600,000 members. If you add in all the non publicly oriented-Law Enforcement Agents employed by the federal government such as the Sate Department Security Unit, The Secret Service, and the like, the total number of sworn LEO’s approaches 800,000. Roughly calculated, for every 400 American residents there is a single LEO. Not a good ratio particularly in some of the more densely populated areas.

So the fabric of our Thin Blue Line is already stretched pretty thinly from coast to coast. Each death of a MOS of the LEC is one less fiber in an already threadbare fabric, the fabric that we all rely on, take for granted or merely presume to be “out there”. And, that we are. The Members of Service of every Law Enforcement Agency in the Nation are “out there” 24 hours a day, 7 days a week, 365 days a year. It has been horrifying to read at least weekly so far this year, of the death of another MOS. The scenarios that have claimed their lives have run the gamut from the “routine” traffic stop that goes bad quickly, to shoot-outs, standoffs between lone gunmen and Deputies, Border Patrol Agents working one of the most treacherous beats on our southern border and other incidents with unique details but all with a similar outcome. One less fiber of our fraying Thin Blue Line fabric is “out there” doing what they have each sworn to do.


A Part of America Died
Somebody killed a policeman today, and a part of America died. A piece of our country he swore to protect, will be buried with him at his side. The suspect who shot him will stand up in court, with counsel demanding his rights, While a young widowed mother must work for her kids, and spend alone many long nights. The beat that he walked was a battlefield too, just as if he’d gone off to war. Though the flag of our nation won’t fly at half mast, to his name they will add a gold star. Yes, somebody killed a policeman today, It Happened in your town or mine. While we slept in comfort behind our locked doors, a cop put his life on the line. Now his ghost walks a beat on a dark city street, and he stands at each new rookie’s side. He answered the call, and gave us his all, and a part of America died.