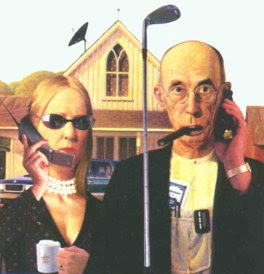 The first Brooding Cynyx to come to Iowa in September 2007, were the advance guard of the greater contingent to follow. We were coming to Iowa to cover the Presidential Primary Campaigns which would culminate here in January 2008 with the much hyped Iowa caucuses, the “First in the Nation” contests that historically have launched winners and often narrowed the field of contenders. We wanted to provide in depth coverage leading up to the Caucuses, the type of coverage that only on the ground correspondents could provide.

Our presence here diminished after the Caucuses but we had seen enough to know that Iowa, this odd place in the middle of the country, was indeed a place rich in story lines - fertile fields for exploring a variety of current events and issues. There was much to learn about Iowa and what went on here when the national media was not present in profusion for the quadrennial Caucuses. We had begun to glimpse the wealth of material that could tell many stories, frame many issues and serve as a microcosm through which we could explore social and cultural topics.

Not long after the caucuses sent Barak Obama on to what would be electoral victory, a sordid tale of secret lives, murder and mayhem broke when a local banker killed his wife and children before talking his own life in a fiery crash on Interstate 80. This was a tale rich with sensationalism locally yet oddly mundane in its detail anywhere else. We stayed to cover this event and its aftermath and knew by this time that we would remain here until we obtained a greater perspective on this place and its people.

By June 2008 the “500 Year Flood” had much of eastern Iowa under record breaking flood waters. We were able to cover this event in depth and from it flowed a rich crop of tangents we were anxious to pursue. That was the real beginning of this series we are about to post in installments.

“Unsalted Earth” is the product of over 20 months of investigative journalism, aggressive reporting amassed from hundreds of interviews with people across the broad spectrum that is Iowa today. Editorially, we decided to focus on just one of the 99 counties in this vast state; Johnson County, home of the University of Iowa; an honest blend of midwest urban, suburban and rural veins occupying 600 square miles in the east central portion of the state. This would be our microcosm within a microcosm, our laboratory from which we could illuminate current events as perceived from this locale. We had also been convinced that this place was rich with stories of its own that deserved telling and told they would be. We were beginning to get an objective appraisal of this place, her people and saw that there was no lack of subject matter. Just the opposite; Iowa was a bumper crop of interesting and surprising tales to be told - good and not so good. Johnson County was just the platform we needed to cast our view and our fishing lines. This was indeed a well stocked pond.

Over the course of the next few months we will post installments covering a variety of issues, local, national and international, as seen from Iowa and as they impact the people of Iowa. Our readers will vicariously see behind the “Iowa Mystique” and come to see the myths about the “heartland” be splayed open and exposed as just so much inaccurate stereotype and bunk. We were seeing Iowa as it really is not the idyllic, bucolic, ‘salt of the earth’, “Fields of Dreams” the rest of America may think of when (and if) they think of Iowa.

Reality as we have found it, seen it and lived it here is an expansive departure from those antiquated myths. Iowa had been showing it’s true self to us and we felt obliged to share our acquired observations with our loyal, discerning readers. How could we not? This is, after all, our stated mission and motivation, our reason for being in many ways.

We hope you will enjoy reading this series as much as we have constructing it. We will be examining relevant issues and topics diverse and disparate through which so much is revealed about this place, its people and its place in our country literally, figuratively and in some collective imaginations. It is a hard hitting, no-hold-barred expose’ of domains from agribusiness to the legal system, to the front lines in the clash between urban development and the rural way of life which, by the way, is not “farming” as most people would think of “farming” to be.

We refer our loyal readers and new followers alike to visit our archives from November 2007 through June of 2008. There can be found some of the initial postings that grew into this long reporting process.

We are proud of “Unsalted Earth” and hope you will find it provocative, educational, entertaining, amusing, thoughtful and penetrating. We of course, as usual, invite you to join the discussion; to contribute your thoughts and comments as you see fit. The Brooding Cynyx always welcomes input from our readers.

With that, we now leave you. The first installment of “Unsalted Earth” will be posted in short order.

Thank you and be well.

The “Unsalted Earth” series is investigative (subjective) reportage at its best and in its purest form. It is our contribution to the blogging community as represents a "blog" in its truest form, purpose and mission. Names are named, subjects discussed in as unvarnished a manner as possible. That said, the series is also a collection of subjective observations and, as such, is protected under the laws of journalistic practice related to editorializing, opining and commentary. All installments of “Unsalted Earth” have been rigorously scrutinized by our legal staff. Since each installment is labeled as “subjective observation”, “commentary”, “opinion”, and “commentary”, they (and we as authors) are protected under the First Amendment of the United States Constitution (http://en.wikipedia.org/wiki/Freedom_of_speech). We make no apologies for writing and reporting as we have seen fit. We have not sought to intentionally offend, insult or otherwise upset anyone however, if we have, that’s too bad. If anyone takes issue with anything we have written or reported it is probably because they are guilty as charged. The truth often hurts. Those who become insulted are also frightened because they have been dragged into the harsh light of day, their deeds exposed for a wider audience. We express and maintain our rights under law for the contents of “Unsalted Earth”. We welcome any legal challenge; that would provide additional grist for our very able and active mills.