THE PENDULUM SWINGS: TRUMP IS BITCH SLAPPING THE GOP ESTABLISHMENT


THE TIMES MAKE THE MAN &


CANDIDATE TRUMP IS A PRODUCT OF THESE TIMES 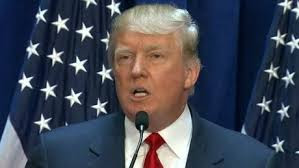 
(Friday February 26, 2016, NY, NY)  The chickens have come home to roost.  You reap what you sow.  For every action there is an equal and opposite reaction.  What goes around comes around.  You get the point.


The runway that Trump now occupies going into Super Tuesday was ground initially worked, plowed, and cleared of rocks and stumps by self-righteous blowhards like Rush Limbaugh, Bill O’Reilly, Sean Hannity, Glenn Beck, Ann Coulter, Laura Ingraham, and other self-appointed members of the “conscience” of the Conservative wing of the GOP.


Corrupt vile charlatans including Little Bitch Mitch McConnell and his cronies in the Senate and the wing nut Tea Party affiliated cluster of Representatives in the House have worked the steamrollers and pavers without considering even the remote possibility that all their collective outrage and energy would clear the way for a man such as “The Donald” to capture the Republican Party’s nomination.  Their collective fears now appear to be a good, reeking load of karmic rhino shit being dropped on their heads.  Yes, it has taken a while but the public is awake and man, are they angry.


The rise of Donald Trump as the potential Republican presidential nominee is the direct result of what our federal government has become.  At no time in our history has the divide in Congress been more divisibly toxic, rabidly partisan, viciously infused by crass politics, and dangerously dysfunctional as it is today and has been for the last eight years.  Now, finally, the gig is up.  The blatant corruption and immorality of Congress has been laid bare to the American public.  To this point, some recent events such as the Republican Congressional “leadership” stated position of not even allowing a hearing for any Supreme Court nominee put forth by President Obama amply illustrates their collective disdain for the Constitution and of the duties of their Office.


It is no wonder that a man like Donald Trump has become the front runner in the GOP primary season and very well may take the nomination.  If the times make the man then certainly candidate Trump is a product of this time in American politics.  It has been amusing to witness the uproar and outrage from the GOP “Establishment” as well as the pundit chattering class on the news/infotainment networks that Trump is not only a viable candidate but has been leading virtually every pole since last July.  He has scored three primary victories already and, after next Tuesday, “Super Tuesday”, has may emerge with a substantial number of delegates.


The pundits and prognosticators become almost apoplectic as they stutter and stammer over the fact that Trump is not conducting his campaign in a “conventional” fashion, has unbridled disdain for them and the entire GOP “Establishment”, and does not speak in “specifics”.  Obviously, for a large percentage of voters, the last things they want to hear are the pandering platitudes, the hollow political rhetoric, and endless blather about the myriad policy issues the candidates spew out but are essentially meaningless, repetitive, and just so much bullshit wrapped in different packaging. This very same Establishment is planning measures to derail, block or otherwise interfere with the primary process as it becomes increasingly clear that Trump might be their standard-bearer.   They should, however, exercise great caution and proceed at their own peril because, unlike any of the other contenders, Trump has and is building on a growing block of loyal voters.  The appearance of GOP dealmakers working to thwart Trump and deny the many who have thus far voted for him, could spell their doom.  It is that mindset, the Washington, DC “knows better” attitude that is among the many points of contention between those elected and those who do the electing.


In what is the best, most concise summary of how the GOP has gotten to where they are, it is in the spot on words of highly regarded Republican media strategist Alex Castellanos who recently commented, “If our self-indulgent Republican party establishment had really wanted to prevent a takeover of the GOP, they should not have gorged on political power while they failed to do anything to prevent the decline of the country. Our leaders could have led. They could have done more than say 'no' to Democrats while offering no alternative.


"They should have stood up for the change Donald Trump is bringing now but they didn’t.


Now, Trump has earned the nomination. He won it, fair and square and we should respect that. Donald Trump whipped the establishment and it is too late for the limp GOP establishment to ask their mommy to step in and rewrite the rules because they were humiliated for their impotence.


If Trump is going to be our nominee, as I believe he is, it is our mission to support Trump and make him the best nominee and president possible."


Every time Mr. Trump insults, offends, belittles, dismisses or otherwise treats some individual or group with open disdain, the professional politicos have loudly insisted that such comments automatically render him unfit for the Office he seeks, mentally unstable, unhinged, unelectable and, by virtue of his own words, self-disqualifying.  It is this very attitude that has allowed the GOP to be in the position they are in. Trump’s boisterous often angry sentiments, broad criticisms railing against the “establishment” and always against the “press” that comprise his rousing boilerplate stump speeches (that are all virtually ad lib, by the way) has been the mortar that has allowed Trump to assemble a solid core constituency, a “base” of his own.


Trump’s hostile takeover approach to securing the support needed to elevate him to the candidacy of the GOP has the entire establishment in Washington, DC scurrying around in confusion and fear that their stranglehold on the machinery of our Democratic Republic is in serious jeopardy.  A Trump victory in the general election would be a powerful mandate, an unmistakable statement from and by the people who have frankly had enough of the same old politicians, the ossified partisan stances of both Parties, and a true measure of just how tough life has become for the middle class, working poor, under employed, dealing with stagnant wages, increased loads of debt, and a dismal outlook for their future and the future of their children.


It is laughable now to see all the hypocrisy of the Far Right for what it is; they created the climate for Trump and are now terrified of him and what his candidacy might mean for their Party.  For what it’s worth all of this couldn’t be happening to a well-deserving group of people.  The GOP Establishment has long played fast and loose with the Constitution and all levers of our governmental apparatus and have supplanted partisan politics for some degree of functional governance.  All the GOP bigwigs are proclaiming Trump’s “blatant” lying which is more than ironic since lies are the very commodities they peddle.


In fairness to Trump let’s imagine he actually becomes our President.  He is a businessman and he would likely have to take a businessman’s approach to the Oval Office. He would be a manager and surround himself with experienced people from various industries and expertise,  delegate a substantial amount of the detailed work, and act as a figurehead, a mouthpiece much as the dimwitted Republican icon Ronald Reagan did.  Yes, he is not a politician and that alone may allow him to break the gridlock in Washington.  Clearly by sheer force of his persona and demonstrated willingness to go after any and every one who gets in his cross-hairs might be what is needed to shake loose the ossified Congress.  He would rail day in and day out directly to the public shaming Congress into action.


However this plays out there has been a tectonic shift in our social and culture underpinnings that are manifest in this poisonous form of politics.  But, it should not come as a surprise given how the GOP has chosen to operate during the past seven years.  Yes, the bill has come due.  Time to pay the piper.

Posted by Brooding Cynyc at 2:16 PM