MARTIN LUTHER KING JR: WHAT HE STOOD AND DIED FOR


A MAN AND A MISSION THAT 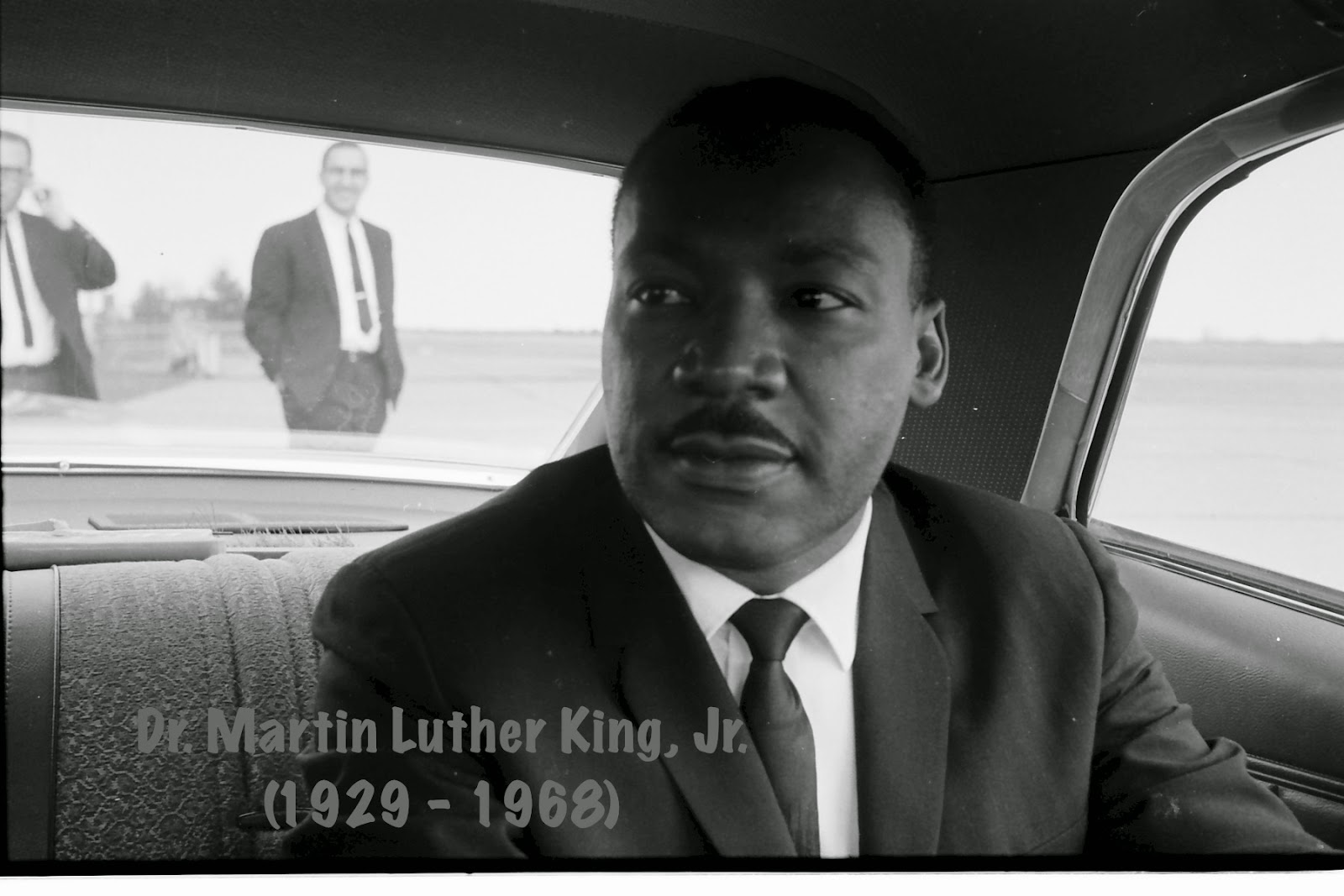 (Monday January 19, 2015 Memphis, TN)  It is easy to lose sight of just how young Martin Luther King Jr was when an assassin's bullet took his life here on April 4, 1968.  Reverend Doctor King was only 39 years old yet despite his young age he became a unifying force for a cause; a cause he’d made his life’s work and ultimately cost him his life.  He sought racial justice in a country that 100 years after the Civil War still permitted if not codified segregation, discrimination, bias and animus towards Black Americans – Negros as they were referred to as in Dr. King’s day – in the face of some of the staunchest resistance to change.  Parts of our country were not only practicing the harsh rules of Jim Crow but were simply treating Blacks largely the same as they did when slavery was still legal.  The Deep South saw violent clashes between those with vested interests in the status quo; between a Black populace that was isolated and made to feel inferior to the White majority.  The worst of segregation and the reality of “two classes of people separate and unequal” in even the most basic human and civil rights would die a slow death across the Deep South and some border states. The mass migrations up the “Dixie Highway” to the large northern industrial centers like Chicago, Cleveland, Detroit, Philadelphia, New York, and a host of other cities in the north and west proved to Black Americans there were formidable obstacles to be faced even outside of Dixie.

Reverend King’s legacy stands for itself.  He, with the help of President Lyndon B. Johnson, brought the Voter’s Rights Act and other Civil Rights legislation to fruition.  Johnson, a product of the Senate before being tapped to serve as President John Kennedy’s Vice President, knew how to bluster, cajole, manipulate, twist arms and intimidate others in the Senate to adopt his point of view and Johnson sincerely sought to end discrimination and sought to have Black Americans assimilate into the “main stream” of all our institutions and communities.  He was a true believer despite the erroneous history often spouted by the un - and mis- informed.

Here we stand now, all these years later with an African American President more than halfway through his second term.  No one on either side of the racial battles of the 1960’s and 1970’s ever even imagined they would see a Black man as US President in their lifetimes.  But they have; perhaps a majority of Americans; certainly the broad coalition that voted President Obama into Office twice, did so with the belief that his ascendency would somehow be a milestone, a turning point, a marker in the history of our country delineating our past and this new “Post Racial America”.  They could not have been more wildly mistaken.  If anything there has been a resurgence of racism in parts of the country in part sparked by the revelations that young Black and Latino men fear the Police and view them as an “occupying force” of “brutal thugs”.  Several incidents of White Police Officers shooting unarmed young Black men last year served to incite demonstrations and protests, some that turned violent, as well as a “declared” open season on Cops.  There have been Cops ambushed and assassinated, some surviving, others succumbing to their wounds.  These events have only added impetus to “the cause” no matter which side you may be aligned with.  It seems there is no middle ground in this arena of debate, no ambivalence or shades of gray.  Everything about what has been going on in cities all across America is presented as a stark, unambiguous, day or night, up or down, black or white divide.  Given the absence of any acceptable, neutral arbiter such as Dr. King was when the KKK was burning crosses and lynching innocent Black men on trumped up charges, it seems this divide will grow wider and deeper.

Dr. King was the champion of “nonviolent civic action” as the only acceptable means towards achieving an end in the struggle he saw before him.  There was, however, nothing actually “passive” in his philosophy; it was characterized by strength, a strength so pure and deep that a believer could endure pain, ridicule, beatings, false arrests, death threats and all manner of atrocities perpetrated by those opposed to his cause employed, in an unflinching demonstration of stony resolve.

While the use of nonviolent resistance further enraged his foes, after a time they had to look upon the Reverend King and his followers with a begrudging nod towards respect (?)…or something very close to it.  By the time James Earl Ray’s bullet took his life, Dr. King left behind him a strong ideological following that made Americans everywhere regardless of station in life, profession, race, color or creed take notice and begin to look inside themselves.  The madness of legalized segregation and all its overt and subtle manifestations could no longer survive unchallenged.

This is not to imply an overnight transformation across the country.  The struggle for equality would continue for decades and, in many facets of American society, culture, education, housing, employment and access, continues to this very day.  Mr. Obama might be our President yet many predominately African American ghettos remain as blights, not so much on our communities, but rather on our conscience.  We should be able to do better for those most in need and this is not a rallying cry from a bleeding heart liberal for more public assistance, more welfare, more of anything of the kind.  It is simply a statement of need.  African Americans in some neighborhoods have literally no chance of obtaining a living wage job.  Many lack in even basic K through 12 educations with some of the “failing” schools failing far more than their students; they are failing all of society.

Those of us born in the years up until the late 1950’s likely can remember some of the signs and symbols of segregation and racism from our youth: the “Coloreds” section at the end of the lunch counter at Woolworths, the “Sunset” neighborhoods and communities that would not tolerate the presence of an African American in their midst after sunset.  In relative terms those days and times were not all that long ago.  Much progress has been made yet there is always room for more progress, more inclusion and standards need not be lowered to accommodate such inclusiveness.

Prejudice no matter who it is directed at or aimed to is a soul sickness.  Prejudice is not innate, it is learned.  Children do not come into the world prewired, already circuited with inherent prejudice.  Yes, humans have the capacity for prejudice just as they do for all the other traits and characteristics we see manifest in others.  Prejudice, just like bias, intolerance and racism is taught, it is something a child learns not in nature but in nurture.  Like human cellular sponges our children draw from and acquire attitudes and behaviors from their parents and siblings, from the environments they are reared in.  Often without realizing, parents and older siblings, cousins, neighbors and friends introduce into a young mind ideas and words, concepts and beliefs that those tender pliable minds take in and hard-wire into their neural circuitry.  Sadly, this results in too many children “inheriting” the biases and prejudices of the elders around them.

One of human nature’s more troubling traits is our need to divide and conquer; to divide our world between “us” and “them”.  Since our earliest days living in hunter-gatherer settlements and likely farther back into antiquity, we naturally seek alliances with those we are obviously most closely related to and that need extends further out to those we see familiarity in.  That is the very basis of, as theorized by evolutionary biologists, are capacity for empathy; for our ability to sacrifice for the greater good even when that larger good is not immediate family.  Empathy, perhaps more than any other single trait, separates us from our closest relatives on the genetic tree.

Biologically, there is no difference between human beings of different colors, ethnicities, races or creeds.  Genetically, on the submicroscopic scale of DNA, one would be hard pressed to identify any evidence that categorically proves a difference of any kind between people with Black skin, Brown Skin, Red Skin, Yellow Skin or White Skin.  Modern science has made this abundantly clear.  Our “differences” are of our own design, of a manufactured construct that is just a few eons removed from the tribal and familial warfare that determined if our species would survive or die.  We all occupy a very small intricately interconnected planet; the “pale blue dot” as viewed by Neil Armstrong from the Lunar surface in 1969.

As global citizens we should all and always be cognizant of our proximity, our shared humanity, and our “sameness”.  As Reverend Doctor Martin Luther King, Jr said just a year prior to his premature death, “Human progress is neither automatic nor inevitable... Every step toward the goal of justice requires sacrifice, suffering, and struggle; the tireless exertions and passionate concern of dedicated individuals”.  As Abraham Lincoln commented, “A house divided against itself cannot stand”, we all must try to put the pettiness and animosity aside.  We are all passengers on the same boat and we will, no doubt, either sink to doom or swim to redemption together.