SCIENTISTS GATHER TO DEBATE NOTHING


MUCH ADO ABOUT NOTHING 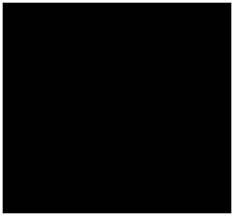 The advantages of understanding Nothing

A Special Report on Nothing

(Wednesday March 20, 2013. The Museum of Natural History, NY, NY)  Although the United States, once the most highly educated country in the world now ranks 12th out of 36 industrialized nations producing college graduates, there are new promising signs that that may change significantly in the next 10 years.  American colleges have seen a decline in enrollment over the past decade and are producing fewer and fewer graduates particularly in the much needed fields of the applied sciences, all engineering disciplines, the computer science and technology sector, mathematics and the burgeoning fields that will come to dominate the future of technology such as nanotechnology, robotics, and medical technology.  However positive indications that this deficit may be changing were presented earlier this past Wednesday at the Museum of Natural History in New York City where some of the preeminent thinkers, professors and scientists gathered at a symposium to discuss the theory of "Nothing".

In what was a contentious but robust debate among the attendees, Nothing received a level of scrutiny and was subject to empirical methods of defining it.  According to an article in “Live Science” written by Clara Moskowitz, “The simple idea of nothing, a concept that even toddlers can understand, proved surprisingly difficult for the scientists to pin down, with some of them questioning whether such a thing as nothing exists at all.”  Indeed at times the conference devolved into heated debates that to a casual observer bordered on the ludicrous.  After all, virtually every person can readily provide a reasonable definition of Nothing but reconciling such pedestrian definitions with the theoretical and experimental concepts of Nothing as posited by scientists, physicists, and philosophers from a broad array of applied and academic sciences appears to be no easy task.  Some questioned the rationale of spending valuable grant and research funds during these times of economic austerity exploring theoretical and applied Nothing as a waste of time, energy and intellectual effort.  Still, there certainly was no absence of passion among the participants.

Despite the provability or accuracy of some of the definitions presented by some of the more highly regarding individuals in their fields, it appeared that this conference actually produced nothing.  Dr. Harlan C. Bupkes who has been studying nothing at Duke University ever since being tenured 12 years ago commented, “Nothing is and can be something.  When you ask someone what they are doing at the moment and they reply ‘Nothing’ they are still occupying space and they are matter so they are really not doing “Nothing” because simply by their physical existence in temporal space they are something; ergo, their existence alone alters the quantum space they occupy and are therefore not doing Nothing.”

In one of the more heated exchanges of the day theoretical physicist Lawrence Krauss of Arizona State University delivered a speech in which he claimed  there is a deeper kind of Nothing  which consists of no space at all, and no time, no particles, no fields, no laws of nature. "That to me is as close to Nothing as you can get," Krauss said.  His ideas were vigorously countered by Dr. M. T. Fields from MIT.  Dr. Fields countered that she did concede the point that Professor Krauss was familiar with Nothing because most of his academic life has been spend “doing Nothing” and she added “doing Nothing is not doing science or research.  It is simply doing Nothing.”

Philosopher Jim Holt argued his position countering Krauss’ supposition inquiring, “Is that really Nothing?" he asked." There's no space and there's no time. But what about physical laws, what about mathematical entities? What about consciousness? All the things that are non-spatial and non-temporal."  At the end of Holt’s presentation Krauss, who was seen in the lobby outside the conference room consuming large quantities of cheap scotch, shouted towards the podium that, “you are correct Jim, you really have a good grasp of Nothing because that seems all you are capable of doing – Nothing.”  When other attendees standing near a slightly inebriated Krauss tried to calm him down and questioned what he was drinking he drunkenly replied, “Oh, it’s Nothing.  I never drink anything and that means I drink Nothing.”  At this point the moderator or the event, Neil deGrasse Tyson, director of the museum's Hayden Planetarium, said, "If laws of physics still apply, the laws of physics are not Nothing." Tyson continued, “Ladies and gentlemen I believe today has been a milestone in the discussion of Nothing.  It seems we discussed Nothing and that we really don’t know Nothing.  It is an elusive force or state of nature and we may need to develop and entirely new framework, a new nomenclature for the exploration of Nothing.”

One consensus the participants did agree on was that in their respective universities and research labs they are seeing a huge increase in students, both undergraduate and graduate level seeking positions in the field of Nothing.  “ I am bolstered by the fact that this topic is engaging college students across the country.  More students want to study Nothing and spend their collegiate years engaged in really exploring the amorphous boundaries of Nothing that, in a few years’ time we should have a very qualified pool of trained minds in Nothing who may be the ones to forge the new frontiers in Nothingness.”  Dr. Ira D. Voyd of Cal Tech added, “I have a son of my own presently in college and he is proud to tell me that he is studying Nothing and, actually, is finding ever more creative ways to doing Nothing.  That warms my heart because he was always a bit of an under achiever but it seems he’s really divided into Nothing with both feet.  It seems he’s found his calling and it is Nothing.”

Posted by Brooding Cynyc at 5:44 PM

Email ThisBlogThis!Share to TwitterShare to FacebookShare to Pinterest
Labels: Commentary (humor), Commentary (pseudo-sarcastic), Cynical Commentary, Nothing - A Scientific Inquiry, Nothing Really Does Matter, Studying Nothing