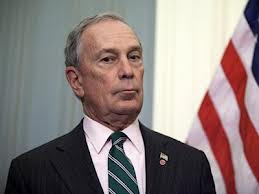 What will he outlaw next?

Updated Tuesday March 12, 2013:
A judge struck down New York’s limits on large sugary drinks on Monday, one day before they were to take effect, in a significant blow to one of the most ambitious and divisive initiatives of Mayor Michael R. Bloomberg’s tenure.

(Monday March 11, 2013.The Bronx, NY) When Michael Bloomberg took the oath of office and became mayor of the largest City in America, he inherited a City in good shape according to all the quantifiable metrics used to assess the state of the City.  Crime was already showing steep declines in all major categories, the local economy was running smoothly thanks to an expanding tax base, record high tourism,  and a climate favorable to businesses that had left in bleaker times returning to New York City.  Bloomberg has presided over a solid decade of improved “quality of life” and in his low keyed manner made New York City government a model to be emulated.

As a self-made billionaire he built a successful business enterprise and created a brand that carries his name.  He brought his business acumen and superior managerial skills to City Hall and has quietly (most of the time) kept the vast, diverse, often disparate facets of the City governmental apparatus functioning more effectively and efficiently than it has in generations.  Sure, his tenure has not been without its missteps and mistakes, labor confrontations and natural disasters but, for the most part, he has navigated the challenges well and the City shows the hallmark signs of ascendancy that have made it the safest large city in America as well as the number one tourist destination on the planet.

Bloomberg was his predecessor’s hand-picked heir apparent and on that resounding endorsement by Rudy Giuliani who, at the time was riding a tidal wave of popularity earned by his public performance in the wake of September 11, 2001, New Yorkers elected another Republican.  Shortly after his electoral victory Bloomberg changed his political affiliation to “Independent” which was a more accurate labeling for his populist, libertarian ideology.  If anything most New Yorkers seemed to view the mild mannered Mayor more as a steward, an executive custodian whose job was to build on the accomplishments achieved by Rudy Giuliani and his years of often combative heavy lifting.

As it has turned out Bloomberg found the City in such good shape that he apparently became restless.  As his City hummed along like a fairly well-oiled machine, His Honor cast his gaze far and wide for new challenges, new issues to which he could apply his “better” judgment towards really improving the lives of his constituents.  As he looked around his City from the lofty perch of his Wall Streeteseque, cubicled “work space” in City Hall what he glimpsed was disturbing.  He saw citizens in need of a parent, of a monitor who should regulate the public’s behavior via unprecedented local ordinances, statutes, and laws.  Yes, our Mayor was going to do for us what we could not do for ourselves; us being the reckless, undisciplined, ignorant, bad-habit ridden louts we are.

In a perverse, almost comic version of “Father knows best”, Big Mike was going to lead us all to healthier, more wholesome, orderly lives.  Indeed, he would help us all live better and longer lives by curtailing our smoking, snacking, soft drink consumption, and now, in his latest spasm of paternal largesse, he wants to preserve our hearing.  He thinks that ear buds and headphones, the lifelines of so many of our plugged in digital existence, are causing our collective auditory abilities to be destroyed.  What?  What’s that you say, Mike?  Yes it is true; our Big Daddy of a Mayor has identified our personal decibel exposure as a matter to be regulated.

That our Uncle Mickey is well intended is not in doubt; he certainly must feel that he needs to protect us from the evils of poor nutrition, nicotine, sugar and now noise.  Conversely he also must believe that we are incapable of regulating ourselves when it comes to our vices, habits and tastes.  His crusades have raised profound questions about the role and reach of government, in our case, Municipal government.  This is a debate that has been raging seemingly forever on the national level.  Big Government versus Small Government: the metaphorical divide between Democrats and Republicans, Liberals and Conservatives, the “Left” and the “Right”.

Good intentions aside the question Bloomberg’s initiatives raise speak to the fundamentals of our Republic.  What is the “role” of a governing body in America?  Where are the lines drawn between regulation and freedom?  By what authority can a government regulate personal behavior and, more importantly, should it be able to do so at all?  These are far from rhetorical questions or fodder for think tank debate; they are at the very core of so many of the seemingly intractable issues that plaque our government on the federal, state and local levels.

FOR THE GREATER GOOD ?

While Bloomy’s “nanny state” approach to governing ranges from laughable to insulting his underlying premises deserve attention if not hold some degree of merit.  His anti-smoking, anti-trans fats, anti- large sized sugary soft drinks, and now anti-ear bud measures all reside under the rubric of public health. Since the costs associated with treating New Yorker’s with lung cancer, obesity-related chronic conditions such as hypertension and atherosclerosis (high blood pressure & coronary artery disease), type I & II diabetes, and a host of other ailments are so great and the number of un- and under- insured New Yorker’s is at an all-time high, an argument can be made that our Mayor has a “right”, or at least some legal claim to control the health care costs incurred by The City from treating for those citizens who suffer from such conditions.   Whether or not such initiatives are Constitutional is another matter.

If America was not collectively engulfed in a health insurance crisis, the Mayor’s position would be moot.  The citizens who acquired health problems from what are arguably called “poor personal health choices” would have access to care as would all Americans.  This is not a rallying cry for “socialized medicine” but rather a simple statement of fact.  The cost of health care and health care insurance in America is so high that, income and socioeconomic factors dictate the quality of care an individual receives. This should be unacceptable to all of us but it seems not to be.

So, in the absence of equality in the realm of access to medical care including preventative and regular surveillance screening to diagnose problems at the earliest possible point of intervention which alone would reduce long-term overall costs, Bloomberg has stepped into the breach.

As of one minute after midnight tonight Bloomberg’s ban on large size sugary drinks goes into effect.  For all the hype it has generated, all the late night shows jokes, and some modest efforts at organized protest, it will become “law” though how it can and will be enforced remains to be seen.  This ban primarily aimed at soft drinks but also affecting coffee shops such as Starbucks, might prove to be more symbolic than substantive. Merely regulating the size of individual beverages may curb consumption, it is doubtful it will have a broader impact of New Yorkers behavior.  If anything it may negatively affect those among us occupying the lower socioeconomic strata, those most likely to have no health care coverage, limited incomes, and less availability to alternative beverages.  In some of the poorest neighborhoods in our City large chain grocery stores are few and far between.  The residents in these neighborhoods rely on small mom and pop markets, green grocers and bodegas for all their food shopping needs.  These retailers tend to have a very limited inventory.

It is one matter when it comes to controlling the size of soft drinks in movie theaters and other public venues. It is quite another matter to further limit an already limited array of choices in the smaller grocery retailers.  Bloomberg may be sincere in his altruistic approach to public health but he seems to be disconnected from the reality of the poor.  His initiative to provide better, more nutritionally sound school lunches should be applauded since it is well within his authority to do so.  However his altruism may become an onerous challenge for parents who shop locally in their neighborhoods and have to stretch their grocery budgets just to provide the essentials.

Time may tell what impact the “sugary drink ban” will have on New Yorkers.  But one thing is certain; we must separate good intentions from intrusive governmental intervention in our personal lives in all respects from birth control to what we eat and drink.  Each time the reach of government extends further and further into our personal lives, our homes, and the health care or dietary decisions we make our rights become just that much more eroded.  Perhaps you can tax tobacco products enough to discourage smoking and perhaps prompt some to abandon the habit.  But it is on shaky ground our Mayor stands when he assumes the role of self-appointed beneficent leader who knows better than we do how to conduct our own lives.