A LETTER FROM THE BROODING CYNYX OMBUDSMAN 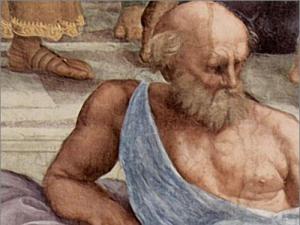 Diogenes, the noted Greek philosopher known as the father of Cynicism.

(Wednesday January 2, 2013. TBC HQ) It has been quite a year to be a Cynyc and cynics everywhere had more than ample opportunity to be cynical.  It was an election year in the United States, a presidential election year with a bruising often absurdly amusing but generally pathetic Republican Party primary.  The cast of wing nuts, buffoons, cranks and kooks who threw their hats into the ring on the GOP side surely represented one of the more colorful cast of inept characters to enter the same race.  Since President Obama had no primary challenge he was able to focus on his job and sit on the sidelines while the Republicans were gouging each other’s eyes.  There could not have been a cynic in America who did not observe the crass and cynical manner by which hapless Mitt Romney was chosen to challenge Obama for the White House.  So 2012 kicked off with the antiquated Iowa Caucuses and then the games really began thereafter.

For us New Yorkers the year brought us another Super Bowl victory by the NY Giants, their second in five years.  But this is not a recap of the year just concluded.  This is our pseudo-annual Ombudsman Report and there are a few orders of business we must address.  First, we give our heartfelt gratitude and a loud Thank You for all of our loyal readers and our slowly but surely increasing following. Since our Blog is hosted on Google’s “blogspot” we have been able to monitor our statistics and have been more than pleased with the numbers from 2012.  Our readership has increased over 80% from 2011.  Daily page views, visitors as well as the web and geographical locations of our audience have surged in the last quarter of 2012.  While the majority of our readers are in the United States we now have a substantial flow of traffic from places such as Ireland, England, Italy, Turkey, Israel, Pakistan, Russia, Ukraine, The Netherlands, and various locales throughout the Orient, just to mention a few.

We’ve not only expanded our readership we have also made many new friends; some of been vitally important to spreading the word about us; others have offered sound, thoughtful feedback, sometimes very critical, and we appreciate everyone’s thoughts just as we do their friendship.  Our Facebook presence has been clearly been an important factor in our growth and we appreciate all those who have found and now follow us through that social networking site.  We were proud to participate in the Third Annual Blog Action Day (BAD) sponsored by Google in partnership with such dedicated humanitarian organizations including: Greenpeace, OxFam, act!onaid, and Help Age International and several more.

Every regular reader, occasional visitor or casual peruser is appreciated.  We value every person who has stopped by in 2012 and hope for even greater traffic in 2013.  Among the new acquaintances we’ve connected with are some highly respected journalists and authors.  Dana Priest of the Washington Post, Christopher Dickey, Paris Bureau Chief for The Daily Beast (formerly Newsweek), Jill Dougherty, renowned  Foreign and White House Correspondent for CNN, Iranian born journalist the Founder and CEO of "B4 Media Working Group"  the Editor and Publisher of "B4 media Publications",now living in Pakistan, Bilqees Seema, as well as Pulitzer Prize winning author Laurie Garrett now a Senior Fellow for Global Health at The Council on Foreign Relations.

We have been honored to become associated with several local New York City causes and the men who founded them.  We are deeply grateful to Lee Ielpi, President of the September 11th, 2001 Families Association.  John Feal, Founder and President of The FealGood Foundation who has dedicated his considerable energy, focus and passion advocating for the hundreds of First Responders who have been stricken by exotic malignant diseases and respiratory troubles as a direct result of what they were exposed to on 9-11-01 and the weeks and months thereafter laboring at the WTC Site in the recovery efforts.  We also salute Mark Consentino, retired from the NYPD who has organized and enlisted hundreds of active and retired MOS as well as civilians who have been working virtually non-stop on aide and relief efforts for those devastated by Hurricane Sandy; particularly those in the hardest hit neighborhoods of Staten Island and Queens. Retired NYPD – ESU Detective Glen Kline, founder of American Citizens Against Terrorism (A.C.A.T.) consistently provides important, practical information on a wide variety of homeland and NYC Metro Area security topics and concerns.  We are proud to support these men and many more too numerous to list here in their efforts and sacrifices.

With the increased audience we have seen more comments, feedback and e-mails than ever before in our five year history.  We invite and encourage anyone and everyone who stops by and takes the time to read one of our posts to check one of the boxes at the bottom of each post, to leave a comment whether you agree or disagree with our position.  Part of our mission is to promote our readers to think, discuss and debate the subject matter we address.  This free flow of opinions, perspectives and attitudes has helped bring The Brooding Cynyx into the dynamic world of “unconventional media”.  No, we’re not as well-known as we’d like to be – yet.  We have already begun to plan several “Special Series” on topics ranging from Homeland Security to Global Hunger and Health needs to the events that help shape our lives closer to home.

Some of you have written to express their disappointment at the lack of satirical posts.  Satire remains a very important tool for us to present certain truths, expose the hypocrisy of certain people, and to generally shake things up.  Unfortunately throughout 2012 we found the harsh truth to be more important to discuss than to satirize.  Truth is often far stranger than fiction and some issues and events simply do not lend themselves to a satirical treatment.  Yes, part of our mission to take a “nothing is sacred” approach to what we observe around us and we always have since 2007.  It seemed that every time we were prepared to lambast someone or some event in the grandest most sarcastic ad cynical way we could, an event would occur of such serious and often tragic nature that we had to leave the humor and satire aside.  We vow to produce more satire in 2013.

Overall we are relatively pleased with the body of work we produced in 2012 but we are nowhere near satisfied.  We are constantly striving to improve; to get better in all aspects required to produce a reputable, respected and, most importantly read blog.  Our writing will improve as will our topic selection.

We respectfully ask for your continued support and that you please help spread the word about us.  Please continue to read our posts, click, comment, critique or just let us know how you feel about something we’ve posted.  This is a key aspect of our mission as well.

We’d like to remind all readers to examine the takes and description of each post.  We have received some hostile e-mail about posts that were satirical, not at all factual or, if they contained any facts, they were there just to frame the issue.

So, from the desk of the TBC Ombudsman come genuine and sincere wishes to all of you that you and all of yours know nothing but the best in health, happiness, prosperity and peace in this New Year of 2013.

Be skeptical.  Look for ironies.  Think, read, discuss and comment.  But most of all remain engaged and stay cynical.

TheTBC Ombudsman
(From an undisclosed location)

Posted by Brooding Cynyc at 2:30 PM