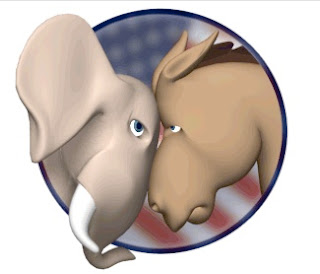 We Just Couldn't Take It Anymore


(October 5, An Undisclosed Location, USA) It all got to be just a little too much, a bit too crazy. We had to step back, take a break and let a little water run under the bridge, for time and tide to do their deals. We were tired: tired, angry, frustrated, disgusted and somewhat amazed. Nothing seemed real; there was such a profound disconnect between the discourse and reality, the debate and the facts, the real and imagined, the left and the right, the right and the wrong, that madness was looming. So, we shut down, tuned out, chilled, and otherwise didn’t give a fuck. Uncharacteristically we had reached a point where we just couldn’t care less.

Are we any better than we were when we went on our sabbatical? In some ways yes, in other ways, no. We have suffered some crisis amongst us Cynyx in addition to all the other crapola mentioned above.

The 8th year anniversary of September 11, 2001 came and went and there’s still a 16 acre hole in lower Manhattan.

We’re still in Iraq and Afghanistan, both fronts continue to stress our military and resolve.

Swine flu, bird flu, pulling the plug on granny and the public option. We couldn’t bear another bailout, handout, cash for clunkers story. It had come to the point where preexisting politics was creating unprecedented governmental maladies. We just didn’t want to be part of it, we did not want to use all the countless medical analogies and metaphors to describe the non stop lunacy that had become overwhelmingly pervasive.

Now that we are back, we see that not much has changed. Autumn is upon us, Congress is back, the Supreme Court is in session and it’s already week four in the NFL. 39 year old NFL legend, Brett Favre is kicking ass as a Minnesota Viking, the Yankees and Red Sox are in the MLB playoffs. We’ve come back to find South Asian earthquakes, tsunamis and mass casualty seismic events. A little different perspective; something else to think about. We’ve come back to say farewell to Lucy and hello to Ardi, our oldest fossilized relative.

Initially there was a period of withdrawal, we were unaccustomed to being unconnected and silent. After few days, though, it got easier and more palatable. Not knowing got easier until it morphed into not even wanting to know. That was a real twist.

Coming back now after a month comes with a distinct sense of deja vu’. Nothing has changed, the same blather, bullshit and bullshitters dominate the domestic news. It is not as if we expected any real perceptible changes but may have latently harbored the thought that perhaps, there had been some progress in at least one or two domestic issues and that the rancor, anger and animus would have cooled some.

Obviously, we were wrong. But we’re back.

Copyright TBC 2009 © All Rights Reserved
Posted by Brooding Cynyc at 8:45 AM