PRESIDENT TRUMP AND THE VEXING OF THE 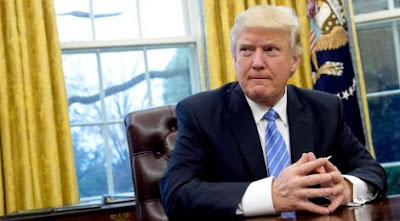 (Sunday February 12, 2017 NYC) With all the raging force of a wildfire fueled by high winds and dry vegetation the firestorm that has been blazing since January 20, 2017, shows no sign of either abating or being contained.  Despite the efforts of the once revered, now chastened Washington “establishment” including long-tenured career politicians, the media, professional political operatives, pundits, pollsters, prognosticators, to say nothing about the entire Democrat Party our new President is forging ahead with a distinctive “damn the torpedoes” belligerence and resolve.  Unlike any other President, the 45th did not enjoy so much as a 15 minute “honeymoon” as the press has customarily granted.  No, there was to be no honeymoon of any sort nor would there be the institutional respect always afforded to the man in the Oval Office irrespective of political Party.

Let’s concede upfront that President Trump has largely been his own worst enemy; from reckless Tweets and verbal gaffes, from his admitted disdain for briefings, reading, and processing the avalanche of raw data and material churned out for his consumption daily, he has played into the hands of some of his most vociferous critics.  At the moment President Trump is running the sprawling federal apparatus with a meager skeleton crew as thousands of primarily bureaucratic vacancies have rendered many Cabinet departments dysfunctional.  As he has been forced to steer the Ship of State with a small cadre of loyal advisors and only eight of his Cabinet Secretaries thus far voted on by the childish minority in the Senate led by the Minority Leader Chuckie Schmuck Schumer, he has conducted business in the manner he’s most accustomed to.  Obviously the “nonpolitician” candidate now President is bringing his own particularly unique talents and attributes to the highest Office in the United States.

Since taking Office a scant four weeks ago the Trump Administration, such as it is, has often appeared grossly amateurish, overwhelmed while reeling from one blunder to the next.  That the Trump Administration has not sought establishment Republicans to fill the vacancies in his Cabinet and the host of federal agencies positions that he is obliged to appoint has given rise to varying degrees of consternation throughout the corridors of power and influence long accustomed to having their way.  Perhaps they should have paid more attention to candidate Trump who consistently lambasted such people as political hacks who made “stupid deals” and abandoned the “regular” people for decades and his repeated promise to appoint intelligent successful businessmen to the positions of prominence in his Administration.

President Trump’s nascent Administration has gotten off to a rocky start to say the least.  However, as weeks go by and more vacancies are filled the pistons of governing will become better lubricated; the machinery of governance will once again be up and running.  The ceaselessness of the news cycle has the mass media trapped in the single minded effort to dissect every decision the President makes, parsing every word from his inner circle, spokespeople, surrogates, and supporters – supporters who have been thrust into the difficult position of defenders.  No Administration has been under the gun from the outset as has Trump’s and the media’s insatiable lust for criticism devoid of objectivity, the opposition Party’s determination to act as obstructionists, as well as leaks that appear to have been sprung from within the White House, have severely handicapped the President’s efforts to conduct the nation’s business.

It is difficult to attempt to explain the President’s penchant for lying, harboring deep-rooted conspiracy theories, for being notoriously thin-skinned yet it is also, apparently, as difficult for those within the confines of the Beltway to accept that the 65 million Americans who voted this flawed man into the Presidency remain staunchly in his corner.  The campaign talk was more than rhetoric to them; he spoke in a language they understood and he connected with their concerns and fears.  They have little regard for the “Establishment” and the media; they view the daily, blistering assault on the President as proof-positive of how he characterized the media during his campaign.  Yes, if he is unable to deliver on some of his most controversial campaign promises he will be “one and done”, a single term President whose rise and fall (that is if he fails) will be studied by political scientists, academics, historian and the like for decades to come.

Legitimate as a benchmark or not, since the election of FDR in 1933, the “First 100 days” of a first term Presidency has been employed as an indicator of how effective a new President will be.  This rather arbitrary timeframe is both antiquated and ill-legitimate.  The world has become a vastly more complex web of intersecting domestic and foreign policy issues, increasingly globalized, with issues from national security, trade and fiscal policy, defense, and the myriad of concerns of these times.  Given these and all the many other broad and deep issues an American President must confront there needs to be a realignment, a large scale review of all our commitment and relations around the world, every facet of domestic governance, every so many years.  This is shaping up to be such a time for reassessment of many of these concerns.

Our federal government in all its multi-layered inherent complexity needs to be closely examined and streamlined where ever possible.  Our government has become an unwieldy behemoth the likes of which require the full attention of the President, his Cabinet, and closest advisors and counselors.  Candidate Trump often alluded to this concept and he should be granted a fair opportunity to address the issues in all their details.  President Trump awoke this morning in the White House on his 24th day in Office.  He is being held to an unprecedented level of scrutiny, media bias and criticism, and standards that serve only to undermine his efforts.  Given the scale and scope of the responsibilities of his Office, 24 days is hardly sufficient or even a fair amount of time for the media to be so aggressively hostile.  His critics are many and varied some blatantly determined to challenge him on every decision.

One need not travel too far back in our history to find similar though not identical Administrations that have been knocked off their stride and suffered very taxing, trying First Hundred days.  Both Bill Clinton and Barack Obama found themselves caught up in the cross currents of Republican obstinance, conservative obstructionism, and a press corps not always friendly despite their liberal bent.  Both endured their tumultuous First 100 Days and went on to be successful two-term Presidents with their successes being measured by the public’s approval of them as they left Office.  Perhaps President Trump’s harshest critics and the clamoring naysayers should take a breath here on day 24 and wait to see how this next 76 day unfolds.

Posted by Brooding Cynyc at 1:53 PM