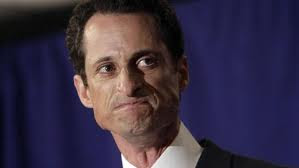 (Thursday May 23, 2013 Queens, NYC)  Just weeks short of the two year anniversary of his scandal induced resignation from Congress, former Democratic Representative Anthony Weiner officially announced his candidacy for mayor yesterday.  In a move meant to eliminate the possibility of a rude public reception Weiner chose to make his candidacy known via a short video clip he posted on the social media site YouTube.  Considering that “sexting” suggestive photographs he had taken of himself and posted on another social media network, Twitter, in 2011, lead to his downfall it was a bit strange that the 48 year old Queens native employed social media for his coming out proclamation.  The seven term Congressman had run a failed campaign for mayor in 2005 and, prior to the scandal that bounced him out of office, had been considered a leading potential candidate to replace the term-limited current NYC mayor Michael Bloomberg.

While the current field of mayoral hopefuls is crowded it is distinctly lackluster.  The candidates already in the race have each faced difficult questions regarding issues ranging from their political activities in previous or current offices they hold or related to personal and business matters.  As all the declared candidates jockey for position it will be interesting to see if Weiner can insert himself forcefully into the fray.  Veteran New York City political operatives and observers alike concede Weiner will have a very hard road ahead.  Longtime Brooklyn Democratic consultant Shelton Finkelblast commented, “For the former Congressman to mount a viable campaign he’ll need all the tools at his disposal.  He will also need to rapidly erect a seasoned campaign organization, including a solid staff, and it appears that his will be an uphill battle.”

Weiner has obviously plotting his political comeback for some time.  He enters the race with high name recognition and, the sexual pun factor aside, he was once well regarded by the New York City Democratic establishment.  He enters the race with a substantial campaign war chest that will allow him to hire staff and purchase advertising space and time in the most expensive media market in the country.  Polls conducted since Weiner’s announcement show him running second behind Christine Quinn the current Speaker of the New York City Council.  Despite these positive elements in Weiner’s favor he brings a mixed bag to the race.  In a poll conducted last night 49% of voters said Weiner should not run with only 38% saying he should.  This poll also reflected the fact that Weiner has much to do to repair his image in the eyes of female voters.

Weiner’s Congressional record reflects his extreme partisan nature often characterized by an unwillingness to bend or compromise. He also earned a reputation for being very verbally abusive of his staff members and was known for his childish outbursts.  At one point he went through three Chiefs of Staff in an 18 month period.  Weiner was well known to the Washington press corps for his love of the camera and microphone.  “He was always good for a quick interview and, given the topic of the day, he was not shy in tossing red meat to the press.  He was also very petulant, arrogant, rude and often condescending.  He made no real friends in the press here and I’m sure he’ll have some real combative exchanges with the press in New York City”, commented Washington Post columnist Eugene Robinson.  Robinson continued, “Once he called me the “N” word and told me I was a moron and a**hole.  He said I only had my job with The Post because of affirmative action and that if I ever wrote anything negative about him he would beat me like a dog.”

New York City has a well-deserved reputation as a tough town and that characterization certainly extends to the political realm.  Electoral politicking in NYC is a rough and tumble street fight that requires sharp elbows and very thick skin.  Past Mayoral campaign cycles have chewed up and spit out some very worthy politicians with impeccable records.  Given Weiner’s tarnished image he is likely in for a classic NYC political brawl.  New Yorkers enjoy a good fight; they can be quick to judge but willing to forgive if they believe a candidate deserves a second chance. Voters have granted second chances to drunks and cheaters. Two-bit crooks, schnooks and garden variety johns.  As long as the average person can understand the transgressions or indiscretions, the offending politico has a chance for a comeback.  In Weiner’s case the average New Yorker does not quite grasp the whys and hows of what Weiner did.  Crimes of passions, sins of the flesh and even greed are well within the average person’s comprehension.  What Weiner did is not.  And it is at this point he differentiates himself from former New York Governor and prostitute chasing Elliot Spitzer and his successor, the philandering David Patterson.  Why a grown man in such a prominent position would take naked photographs of himself and send them out to women in the wild and wooly milieu of cyberspace via Twitter is beyond the majority of voters comprehension.

In his own defense Weiner  has offered little to no insight about his “sexting” proclivity aside from the boilerplate hollow reassurances that he knows he did wrong, “let many people down’, hurt his family, exercised “poor judgment”, and was an “idiot.”  Even the most objective political operatives, observers and reporters are at a loss to understand such bizarre behavior.  Dr. Ira Eickenphartz, a highly renowned expert in sexual addiction and deviance commented, “Yes, it is hard to understand why a man in his position would risk so much for so little gain.  Men like this are almost pathological in their quest to be accepted, respected…even admired by the public.  Anthony Weiner is a classic example of this and, I believe, his actions may disqualify him from ever again holding elected office.  His behavior is beyond poor judgment.  He is unfit psychologically to be mayor of some small upstate hamlet let alone mayor of the largest city in America.  New York City deserves better than Weiner.” 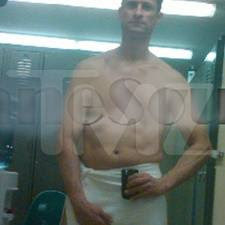 After 20 years of nonpartisan mayors, a thought that would have been abhorrent before the failed administration of David Dinkins, New Yorkers have become accustomed to having mayors who are more “managers” than politicians.  Although Rudy Giuliani was a “Republican” his stance on many social issues caste him more in the mold of Nelson Rockefeller.  It was only after this great city had been ground down by soaring crime levels, a depleted tax base, and a vividly decreasing quality of life that New Yorkers were ready to break their blind faith and trust in the Democratic Party.  Giuliani’s victory ushered in a new era in The Big Apple and, as controversial as he could be at times, as bombastic and stubborn, he showed tangible results.  He limited his focus to the central aspects of City governance leaving the hot button social issues such as abortion alone.  By the time he reluctantly left office the NYC he inherited was a rapidly fading memory.

The self-made millionaire, Michael Bloomerg, was Rudy’s handpicked successor and with Giuliani’s popularity soaring after his stewardship of the City during the aftermath of the September 11, 2001 attacks, the blessing and support he gave to Bloomberg all but assured Bloomy’s victory.  The millionaire Mayor who has taken a $1 salary and never spent a night in Gracie Mansion picked up Giuliani’s mantle and has worked hard to build on that foundation.  Today New York City is once again the premier City in America, if not the world, and is the top tourist destination on the planet.  Crime is at an all-time low, the streets are cleaner, the quality of life is remarkable, and Mayor Bloomberg has been an incredibly effective and efficient manager of this City.  Although he ran in 2001 as a Republican, after taking office he aligned himself with the political Party and philosophy that more accurately represented his beliefs; he registered as an Independent.

Given the past two decades of basically nonpartisan administrations the Democratic liberal firebrand who Anthony Weiner is may not sell well today. With a 14 year Congressional record he cannot run from his ideology and legislative record.  “Today’s New York is vastly different than it was in 2005 when Weiner ran for mayor.  Over the last 20 years New Yorkers have become more of a similar mind when it comes to City government.  The labels republican and Democrat have lost much of their meaning here and, any candidate that is so widely recognized as a leftwing liberal Democrat will encounter a playing field that puts no stock in those affiliations”, said Rueben Tito Albarez, a community activist from the South Bronx.

Weiner took to the streets of Harlem earlier today making his first foray into retail politicking in years.  Some folks stopped to catch a glimpse of him out of curiosity but most hurried by trying to catch their subways for their morning commute.  There were a few phallic comments which were just good natured puns of Anthony’s last name and his naked Twitter pics in which he is holding his wiener.  Shout of “Oscar Meyer” could be heard amid the laughter and regular morning street noise.

All kidding aside Weiner is now in the race and he intends to mount an aggressive run for the office he has coveted for many years.  One would imagine that he has surveyed the political landscape, taken stock of the opposition and considered how he will be received less than two years out from his scandal.  New York Governor Andrew Cuomo was asked during an interview with a Syracuse radio station about his thoughts on the Weiner candidacy.  When asked what would happen if he won, the Governor simply replied, “Shame on us."  Enough said, Governor, enough said.