ALL EYES ON ROMNEY IN FIRST DEBATE 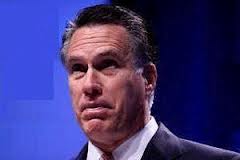 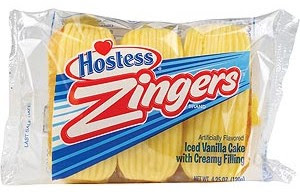 (Oct. 2, 2012. Denver, CO)  In just a little over 24 hours from now President Barak Obama will square off against his Republican challenger, Mitt Romney, in the first of three presidential debates. Long time PBS anchorman and veteran of 12 previous presidential debates, Jim Lehrer, will moderate tomorrow night’s event which will focus on domestic issues.  Despite an inept, idiotic campaign offering no policy details or specifics on any pertinent issues, the stumbling, bumbling, lying, pandering, arrogant Romney remains in a statistical “dead heat” with the incumbent.  Two recent national polls taken among “likely voters” show support for the President at 49% to Romney’s 47%.

Reporters, pundits and political professionals of every stripe are touting tomorrow’s debate as Romney’s “absolute last chance to turn this race around.”  This is approximately the 329th time in a miserably conducted campaign that one event or another, one primary debate or another, one speech to a special group or just out on the stump has been touted as the potential turn around point for what has been the worst managed presidential campaign of the worst presidential candidate since George W. Bush in 2000.  Poll after poll has clearly showed that Mitt Romney has the lowest “favorability” rating of any Republican since 1976.  Not only is Romney the least popular GOP candidate in decades his unfavorablity rating is just the tip of a very deep iceberg.  The American electorate simply believes the multimillionaire Romney as out of touch, arrogant, disdainful of working class people as well as the elderly, veterans and those most in need.

Romney’s campaign, according to inside sources, say they have been preparing for the debates since mid-summer.   As reported in the September 28, 2012 issue of The New York Times by Peter Baker and Ashley Parker, “Mr. Romney’s team has concluded that debates are about creating moments and has equipped him with a series of zingers that he has memorized and has been practicing on aides since August. His strategy includes luring the president into appearing smug or evasive about his responsibility for the economy.”

The effectiveness of Romney’s zingers may be difficult to access unless he is able to present himself to be poised, informed and able to answer director questions with detailed answers, an ability he has yet to demonstrate despite having been running for president since 2007.  While Mitt has been studying thick briefing books on a wide range of issues for months as well as conducting “mock debates”, he has also been availing himself of all the advice he can; some solicited, some decidedly unsolicited.

Since delivering a bombastic keynote address at the Republican National Convention last August in Tampa, New Jersey Governor, Chris Christy, has become one of Romney’s closest advisers as well as a highly visible public surrogate.  Christy, speaking on NBC’s “Meet the Press” last Sunday set the bar for Romney surprisingly high saying that by Thursday morning (after the debate) the entire “race will be turned upside down” further implying that Romney’s performance here Wednesday night will “reintroduce” the robotically inept bozo to the American public.

One long time GOP operative, former compulsive gambler and problem drinker, Bill Bennett who works as an “unofficial adviser” to the Romney campaign commented, “Chris Christy may be Mitt’s biggest supporter.  Certainly he is one of the biggest Republicans, maybe one of the biggest human beings I have ever met.  But, he is tireless in his efforts for the candidate.  He works with little sleep fueled primarily on adrenaline and gargantuan portions of baked ziti, lasagna, pizza, cheap red wine, calamari, spaghetti and Diet RC Cola. He is a real asset but a real bitch to feed.”

The New Jersey Governor was spotted during a rare break from the debate prep sessions having a snack at Gambollini Brothers Italian Deli and Pawn Shop in downtown Denver.  Christy, wearing a "Jersey Shore" bib said, between bites of pasta and pesto, “I think Mitt will do good.  I know he has been…BELCH…working very hard.  I know he’s ready with his zingers.  If he has to throw Zingers at the President he may as well throw Twinkies, Ho-Ho’s, donuts and cupcakes.  I’ll tell you what…BURP…if it was me, I’d throw meatballs, chunks of pepperoni and if the President really got nasty, I’d smack him with a big greasy salami.”

For Obama’s part his team has been coaching him to keep his answers brief and to be aware of not coming across as too pedantic or professorial.  One of his senior advisers involved in the debate prep exercises commented, “The President tends to give answers that wander a bit, they come out as real policy wonk type stuff.  I think the President will do well.  As for all this talk about Zingers, as you know, the President does not typically eat sweets or anything considered junk food.  That said, if worse comes to worse he will have a pocket full of baby carrots, radishes, and, if Romney really goes off, some Brussels Sprouts to throw right back at Mr. Romney.”

The Hostess Company who manufacture Zingers have seen their stock price rise significantly in the past two days thanks to the exposure Zingers have been given by the Romney campaign and the media covering the debate.  Romney noted, “This is how America is supposed to work.  A product does well, investors respond, the market activity is capitalism at its best.  I think they also make Twinkies but, I could be wrong.  Myself and Ann, we prefer Stella Dora Milano cookies and truffles.”

The expected television viewing audience for tomorrow night’s debate is anticipated to top 50 million viewers.  It appears the viewing public might be in for a real treat if Romney somehow begins to lose his composure and reach for the Zingers.

Posted by Brooding Cynyc at 7:50 PM